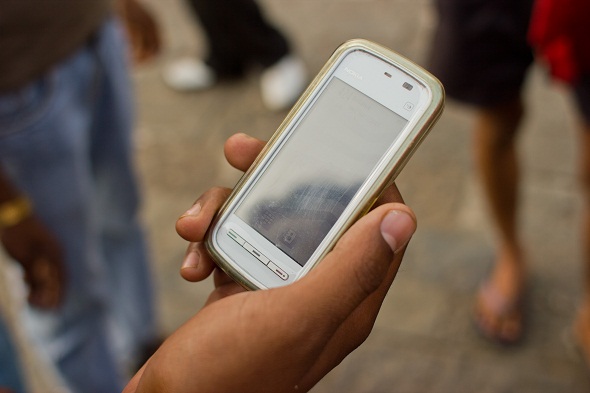 TracFone Wireless, the largest prepaid mobile phone service company in the country will pay $40 million to settle claims that it deceived millions of smartphone customers with promises of unlimited data service.

The Federal Trade Commission said Wednesday that TracFone’s advertising promised unlimited data to customers, and then the company resorted to throttling speeds when users reached their fixed 30-day limit. In some cases, the FTC said, the company suspended customers’ data service when they ran over the limit.

Throttling will drastically slow down the ability to stream video or open Web pages. According to the Federal Trade Commission, TracFone normally throttled the data speeds when a consumer used about 1 gigabyte to 3 gigabytes. Sometimes, data service was cut off at 4 gigabytes to 5 gigabytes.

“The issue here is simple: Unlimited means unlimited,” said Jessica Rich, director of the FTC’s consumer protection bureau, in a call with reporters. “This case is about false advertising.”

In a statement, TracFone said it worked with the commission to “reach an amicable settlement, and we have no further comment at this time.”

The prepaid monthly plans were sold online and also at Walmart, Best Buy, Target and other retailers across the nation.

Starting today, Consumers who had a Straight Talk, Net10, Simple Mobile, or Telcel America unlimited plan before January 2015 can visit ftc.gov/prepaidphones to claim for refund. Refunds will be given to consumers whose data service was slowed or suspended. The amount might vary depending on several factors; including how long a consumer had the TracFone plan and how many consumers request refunds. Consumers who used an unlimited plan but are not very sure if their data service was slowed or cut off can still still file a claim to find out if they are entitled for a refund.

The FTC alleges that since 2009, TracFone has been throttling consumers or cutting unlimited service. The commission claims there wasn’t any technical reason for TracFone to restrict the data plans, such as slowing speeds because of network congestion. According to FTC the throttling was done to minimize the high costs associated with offering unlimited data.

TracFone began disclosing about throttling unlimited plans in September 2013, but they were usually not visible or the print was too small for a consumer to even notice them, the FTC said.