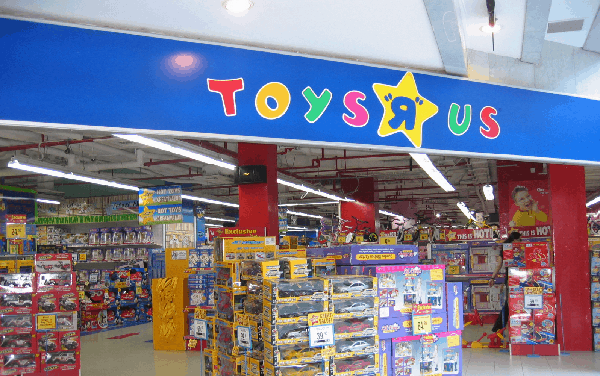 Toys R Us has informed that it plans to hire about 45,000 workers nationwide for holiday shopping season. It will be 5,000 more than the same period last year. The seasonal hiring is expected to help its expanded customer services such as shipping online purchases to stores.

Toys R Us, the worlds’ largest toy retailer, informed about its plans to hire approximately 45,000 workers, up from the last year’s holiday shopping season when it hired roughly 40,000 workers. It is nearly a 13 percent growth! According to the company’s statement, the newly-employed workers will be mainly used to support all new services. Toy R Us  has decided to offer to its clients new programs this year, including a program to buy toys online and then pick them in the store, a new toy reservation system and its free layaway program. All those options were introduced to lure customers back to stores as Toys R Us and other physical retailers struggle with the growing competition from online retailers and discount stores as well. So the extra jobs slots are expected to help the world’s largest toy retailer to implement more smoothly all these new retail strategies. Moreover Toys R Us hires so many workers during the holiday shopping season as it makes up to roughly 40 percent of the company’s annual revenue.

Extra workers will also staff seasonal pop up stores of Toys R Us. As it was stated by the company, Toys R Us is to open as many as 150 to 200 temporary stores.

Yet Toys R Us marked that the seasonal jobs could become full-time for those workers who perform well. Approximately 15 percent of the company’s seasonal workers from last year’s holiday shopping season were employed full-time.

Other retailers also to hire

According to analysts’ studies on hiring figures during the holiday shopping season, retailers typically expect a growth in sales and thus they start to hire seasonal workers for the holidays in mid-September.  Hay Group, the consulting firm, informed that the majority of retailers they surveyed had planned to employ at least the same amount of seasonal workers for this year’s holiday shopping season. As it was stated by the Hay Group, some of those companies, approximately 43 percent, also planned to hire full-time workers after the holiday season.

Among those retailers to plan to hire more temporary workers than last year’s holiday shopping season are also, inter alia, Wal-Mart Stores, Inc. and Kohl’s.  According to Maryam Morse, an analyst with Hay Group, the growth in hiring is due to predicted increase in sales.  The survey, which was conducted by Hay Group, shows that 75 percent of retailers predict the increase in sales over the 2011 sales.

Kohl’s plans to hire over 52,000 temporary workers, up about 10 percent from last year. Wal-Mart Stores, Inc.  has informed that it expects to hire approximately 50,000 seasonal workers this holiday shopping season, which slightly up from the last year’s number, and will offer more working hours to its existing workers as well.