The nation’s toy aisles are shaping up for the season as brick-and-mortar retailers cease every front, fighting for customers. Toys ‘R’ Us liquidation has opened new opportunities. And there is no better time to be more composed than now.

Many retailers have beefed up their websites, added inventory and flying special in-store playtime schedules for kids.

The surviving big 3 toy sellers now compete without minding each other’s actions. Walmart is lavishing resources on stock; having bumped its online stock by 40% and in-store 30%. Target has grown its merchandise from last year by nearly 100%, while Amazon will no doubt go for a massive marketing to convert current non-Prime members after printing its first toy catalog.

Retailers across the nation are buckling up for a fair share of approximately $3 billion in sales market analysts said is up for grabs from Toys ‘R’ Us. It’s now easier to see where retailers are taking shield from the retail apocalypse.

Craft store Michaels has declared itself fit after adding over 600 new exclusive items. Kohl’s is measuring up by collaborating with Schwarz Gruppe and Christiansen’s Lego brands. And Kroger is joining forces with Geoffrey’s Toy Box and other Toy ‘R’ Us remnants to supply almost 600 stores with toys. 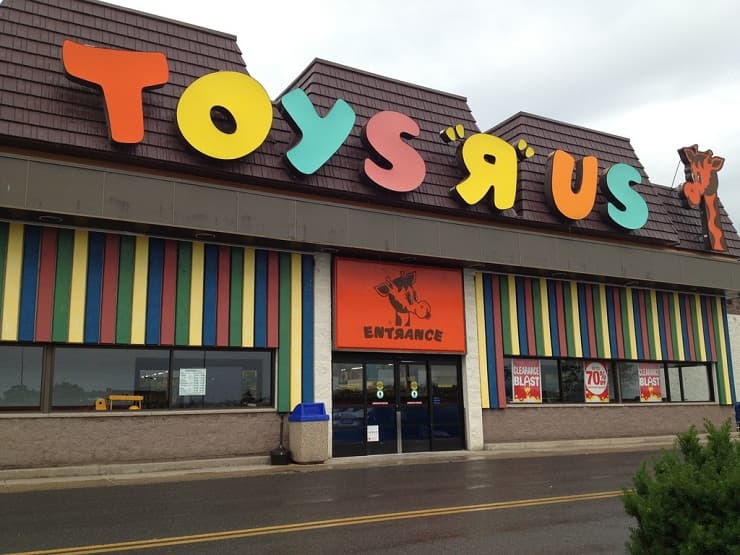 Interestingly, retailers are practically not enjoying mammoth profit margins from toys, the “affinity” it gives customers allows retailers to measure up aside from creating channels for other opportunities. Retailers cherish the idea that buying toys makes people happy. The positive feelings alone offer stores satisfaction as they strive to remain in the game.

Target began jostling for the season since early summer when it summoned toymakers and moved to make toys a permanent point of attraction that would last beyond the season. Analysts said the retailer’s approach in the toy category is the most aggressive this year. The US second-largest department store retailer will offer over 2,500 exclusively new brands this season, with nearly 80% of the items already tried in the market. To even prolong the bet, the company has revamped the toy sections of more than 100 stores, including 22 within its headquarters.

Target doesn’t release information on toy sales, but the retailer is estimated to earn as much as one-fifth of its entire market from toy sales, according to researchers at Barclays Capital. That estimates Target sales on toys to be around $4 billion and $5 billion, with nearly half of the annual toy sales coming in the fourth quarter.

Walmart and Target are the most beneficiaries from the Toys ‘R’ Us liquidation, in terms of winning shoppers, suggests retail advisory firm Coresight Research. Target CEO Brian Cornel has already admitted that the liquidation has offered Target “unique opportunities” to capture market share and drive traffic. Target’s aggressiveness has seen the company remodel toy sections that are mostly located within 5-miles away from former Toys ‘R’ Us store, with the view of reaping a “direct capture” of the floating market share.

Amazon is printing a toy catalog

Amazon is not relying on its advantages over brick-and-mortar retailers. Only around 25% of toy sales are sold online, according to NDP Group’s research. The giant electronic commerce retailer rolled out its top 100 toys in the middle of September – much earlier this year. Amazon is also close to printing its first toy catalog, which it plans to flaunt at Whole Foods locations.

Analysts expect Amazon, Target, and Walmart to share about 50% of all toy sales, while around 20% of Toy ‘R’ Us sales will “simply evaporate.”

Party City, not previously recognized as a toy destination, has joined the league. The publicly traded retail chain is launching 55 toy stores across the US in January and already has a permanent website.

Retailers must rely on long-term customer attraction and retention strategies long before the current wave settles. With the level of perceived competition in the retail industry from the outside, new retail stores are still coming up daily to exploit unique opportunities. Experience may not be all it would take to live beyond Toys ‘R’ Us, thoughts beyond the box should offer far more opportunities.bigb