Toyota to recall 7.4m cars due to power window glitch 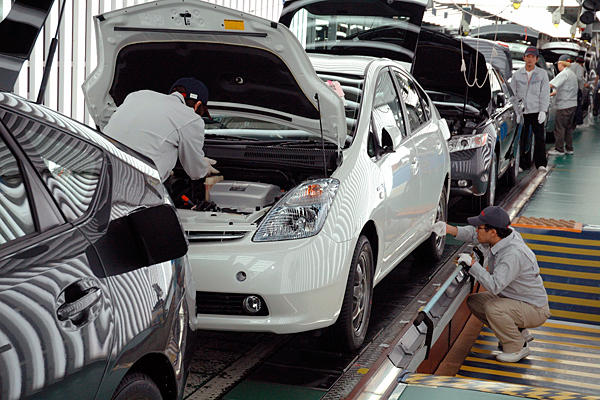 The power window glitch responsible for the Toyota Motor's recall of 7,4m cars

Toyota Motor Corp., Japan’s biggest carmaker, announced a global recall of approximately 7.43 million cars due to a power window glitch that posses a fire risk. The Toyota Motor’s recall is going to be the biggest single recall since 1996.

The Toyota Motor’s recall will be the biggest single recall since its American rival, Ford Motor Co., recalled as many as 7.9 million vehicles in 1996.

The company, however, highlighted that no crashes, injuries or deaths had been reported as a result of the power window glitch. Yet over 200 problems related to the glitch were reported in the United Stated and other incidents were reported elsewhere as well, according to Joichi Tachikawa, a spokesman for Toyota Motor Corp.

As it was stated by Monika Saito, another spokeswoman for the Japan’s carmaker, “The process to repair (the power window switch) is not an extensive one,” informing that it would involve either putting heat-resistant lubricant on the switches or exchanging them.

The Toyota Motor’s recall comes as the company tries to rebuild customers’ trust after series of recalls between 2009 and 2011. During these two years the Japan’s car maker pulled back approximately 10 million cars. Fixing reputation is an incredible effort, yet Toyota Motor Corp. is encountering new challenges which make it so hard.

The company has faced also a drop in Chinese sales as the result of the territorial dispute between Chinese and Japanese governments. It seems that the latest developments, including the recall, the decrease in Chinese sales and the decision to cut the China production, will make it even more difficult to fix the Toyota Motor’s reputation.

Anna Domanska
Anna Domanska is an Industry Leaders Magazine author possessing wide-range of knowledge for Business News. She is an avid reader and writer of Business and CEO Magazines and a rigorous follower of Business Leaders.
« Expansion hopes of China telecoms dashed by US reports
Lenovo overtakes HP as world’s top PC maker »
Leave a Comment
Close