Toyota to expand with production of Lexus in U.S. 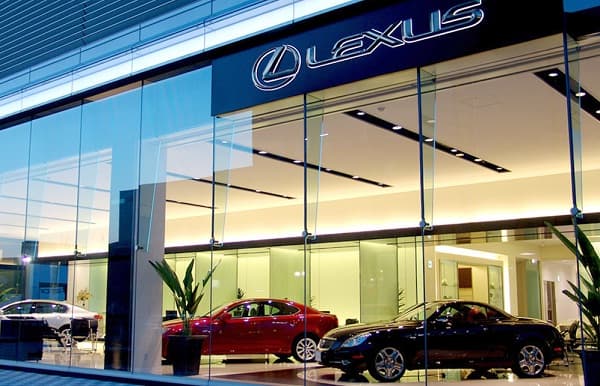 Toyota to launch production of Lexus in the US

Toyota Motor Corp. does not stop in its attempts to expand. It is widely rumored that the Japan’s automaker is to reveal its plans to start production of Lexus cars in the United States. Interestingly, it seems that Toyota Motor Corp. is striving for the title of the No.1 in the US luxury ranking which the company lost back in 2011.

Everything indicates that Toyota Motor Corp., the world’s biggest automaker, will announce the launch of production of high-end Lexus in Kentucky on the 19th of April. According to sources familiar with the matter, Akio Toyoda, chief executive officer at Toyota Motor Corp., will share the company’s plans regarding production of the Lexus ES on American soil.  The latest details on the matter suggest that the Lexus model will be produced at the car plant located in Kentucky, thereby supporting the economy of the state. Existing information sources have revealed that production is likely to begin in 2015.

The rumors on production of Lexus in the United States intensified after the Kentucky Economic Development Authority informed on the 17th of April that it decided to grant Toyota Motor Corp. more than $146 million in tax incentives so that the Japanese company would start production of a new vehicle at the car plant located in Georgetown.  It is widely expected that the Japan’s automaker will employ as many as new 570 workers to fulfill the terms of the agreement with the state’s authorities. But is seems that the world’s biggest carmaker  will be obliged to invest more than $530 million to get the credit. In addition, the Toyota’s car plant will also boost its capacity by around 50,000 units per year, according to numerous sources.

If everything goes according to plans, the Lexus model will be the company’s 10th vehicle produced in the United States which certainly will be presented as a kind of a milestone.

The expansion plans of Toyota Motor Corp. are not surprising at all, taking into account the increased rivalry between carmakers. Moreover, it seems that Lexus is also believed to bring the company’s back the title of the US luxury sales leader which was lost in 2011. However, some highlight that the becoming the No.1 in the US luxury ranking will not be easy and it will not happen overnight. Even though Timothy Morrison, Luxus VP, noted once that: “We don’t care who is No. 1 at the end of the year,” the truth is that every company wants to be a leader as it gives this incredible advantage over its rivals.

Toyota Motor Corp. is deeply interested in expanding its production of Lexus as demand for luxury cars increases, especially in China, Latin America and Southeast Asia. But the company wants to also increase its presence in the important US market. Putting things into perspective, analysts underline that the Japan’s automaker, which is interested in expanding its sales of luxury cars in the US, witnesses great demand for its cars for under $10,000 in the emerging markets.

Without a doubt, the US market is crucial for the performance of Toyota Motor Corp. So not surprisingly, up to today, the world’s biggest carmaker is said to have invested as much as $18 billion in its different facilities located in the United States and it seems that it will invest more as it aims to dominate the market.

Two tweets were posted using NFT artist Beeple’s account. The first one promoted an exclusive collection with Louis Vuitton. The second tweet announced that Beeple would soon rel
33 mins ago