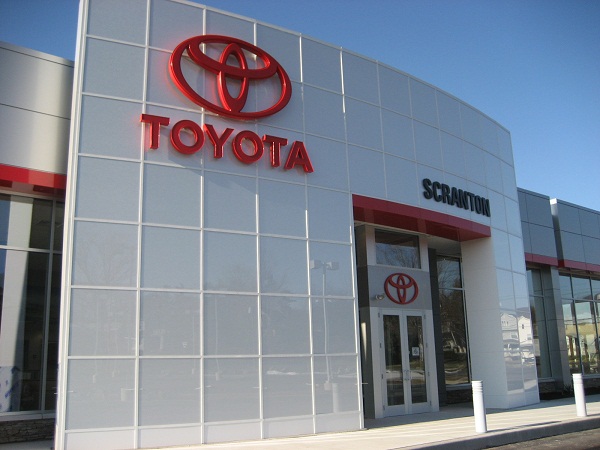 Toyota Motor Corp., the Japan-based company, said on the 5th of November that it raised its full-year profit forecast as its net profit more than tripled in the July – September quarter compared with the same period the previous year. Rising demand for Toyota Motor Corp.’s models helped the company make up for decreasing sales in China due to the territorial dispute between two biggest Asia’s economies.

According to the statement, for the July – September quarter Toyota Motor Corp. saw a net income increase to as much as 257.9 billion ($3.2 billion), compared with the analysts’ estimates of between 232.5 billion yen and 236.2 billion yen. The same period last year Japan’s carmaker posted a net profit of only 80.42 billion sales due to natural disasters.

Compiled data showed that the Toyota Motor Corp.’s revenue increased as much as 18 percent to roughly 5.41 trillion yen in the three months ended September from 4.575 trillion yen.

The biggest Japan’s carmaker decided to raise its net profit outlook to approximately 780 billion yen from roughly 760 billion yen for the current fiscal year ending March. It is an increase of about 2.6 percent from the previous forecast. The full-year operating profit, which excludes earnings from vehicles produced in the People’s Republic of China, would be around 1.05 trillion yen from 1 trillion yen, according to the company’s statement. However the company informed that its projection for revenue had been decreased to 21.3 trillion yen, down from 22 million yen.

The forecast for total full-year production has been also cut to approximately 8.75 million cars, down from 8.8 million.

In the United States, which is the biggest market for the Japan’s carmaker, the company’s sales grew as much as 16 percent in October compared with the last year. Data showed that only the Ford Motor Co.’s F-Series pickup truck as well as the General Motors Co.’s Chevy Silverado exceeded sales of the Toyota’s Camry in the US market in the month of October. In October, Toyota Motor Corp.’s market share in the United States increased to almost 14 percent, up from 12.3 percent.

In addition, Toyota Motor Corp. and its group companies said that as many as 7.4 million vehicles were sold worldwide in the January – September period, exceeding sales of General Motors Co. and Volkswagen AG. Everything indicates that the Japan’s biggest carmaker is ready to regain and maintain the title of the world’s biggest carmaker after it lost it due to series of setbacks, including the global economic crisis, natural disasters and the most recent territorial dispute between China and Japan.

Certainly a jump in deliveries in the United States and Japan’s helped Toyota Motor Corp. overcome difficulties and setbacks caused by the territorial dispute as it not only woke up anti-Japan sentiment in China but also forced Japan carmakers to reduce their production in Mainland China. China’s market accounts for approximately 12 percent of the Japan’s biggest carmaker’s revenues.

However many analysts are strongly convinced that despite the noticeable slump in sales in China, the company will be able to make up for it due to strong performance in both Japan and the United States.  In addition, Toyota Motor Co. is currently working on changing its products as it wants to dominate the world’s market again. Therefore it decided to place a bet on more controversial designs.