Toyota profits triple yet carmaker sticks to its low-risk plan 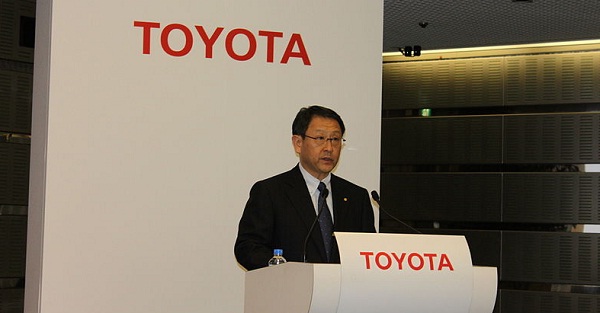 It seems that Toyota Motor Corp. is on its track to full recovery as in the fiscal year ended March 2013 it saw its net profit triple on a year-on-year basis. Even though the Japan’s biggest carmaker enjoyed quite satisfying results, the company has decided to stick to its low-risk growth plan. Even optimistic estimates, which show that it will see its profit jump to the highest level in six years in the ongoing year, were not able to change the conservative and rigid plans of the company.

On the 8th of May, Toyota Motor Corp. released its detailed financial figures on the year ended March 2013, indicating that its full-year net profit tripled to slightly more than ¥962.1 billion, or $9.7 billion. Certainly, it is much above the full-year net profit of ¥283.5 billion recorded for the twelve-month period ended in March 2012. In addition, the company saw its sales climb as much as 18.7 percent to ¥22 trillion yen on a year-on-year basis.

As for the fourth quarter ended March, the company recorded a net profit of nearly ¥314 billion ($3.2 billion), compared to ¥121 billion noted a year earlier, beating analysts’ estimates. Without a doubt, the weakening yen, which is one of the main aims of the policies designed by Japan’s prime minister Shinzo Abe, helped Toyota Motor Corp. record encouraging overseas earnings.

Toyota Motor Corp. underlined in a statement: “For the automobile industry, markets have progressed in a steady manner, especially in the U.S. and emerging countries such as Asia,” adding that the carmaker witnessed increasing global interest in its vehicles with green technology. After all, it seems that the Japan’s biggest carmaker has recovered from traumatic conditions driven by the outbreak of the global financial crisis and  the 2011 earthquake.

But even though positive results indicate that the Japan’s carmaker is the strongest in five years, the company underlined that the year 2012 was not bed of roses as the competition from other Japanese companies, including Honda Motor Co. and Nissan Motor Co., intensified in the US market. The fact is that not only Japanese automakers were competitors in the US market as Toyota Motor Co. indeed witnessed more aggressive approach of US carmakers, just to mention Ford Motor Co..

Furthermore, we should keep in mind that performance of Toyota Motor Co. as well as other Japanese companies  also suffered significantly  from the continuing territorial dispute over the Senkaku Islands and the aggressive at times Chinese boycott of Japanese products. The Japan’s biggest carmaker, however, was also strongly hit by the debt crisis in the eurozone.

Even though Toyota Motor Corp. enjoyed strong results in 2012, the carmaker aims to stick to its low-risk growth plan as the economic conditions are not stable enough to take more aggressive approach. Simply, the Japan’s carmaker bets on slow and stable growth as the company’s officials believe that it is too soon to have any “building” aspirations. Hence Toyota Motor Corp. will continue with its simple plan aimed at reducing cost and improving profitability.

Also on the 8th of May, concurrently to the release of the full-year results, Toyota Motor Corp. issued its optimistic forecast for the current year ending March 2014. According to the company’s estimates, the Japan’s carmaker will record operating profit of ¥1.8 trillion yen ( nearly $18.2 billion) in the ongoing year as it expects that it will enjoy strong sales in the US market in spite of intensifying fierce competition from different directions  and will continue to focus on the costs reductions as well.