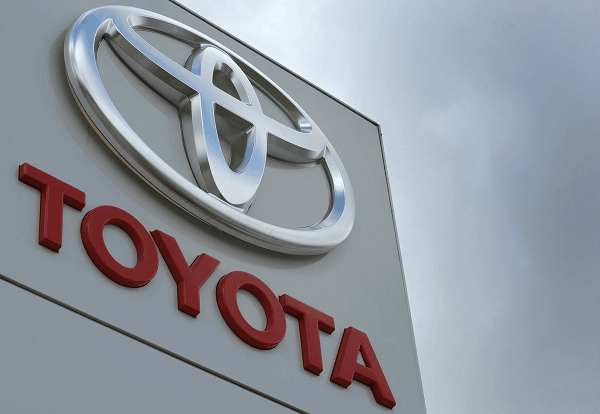 Toyota Motor Corp., the Japan’s biggest carmaker, is to pay as much as $1.1 billion to settle a U.S. class action lawsuit based on alleged acceleration issues in its cars. The company will spend the hefty sum on installation of safety system as well as providing direct cash payments to customers. The claims revolving around accidental acceleration of Toyota’s models was a main cause of losing its world-known reputation for quality. Yet all the allegations also cut Toyota Motor Corp.’s sales globally.

The Japan’s biggest carmaker informed that it filed a settlement in a federal court in California on the 26th of December, thereby putting an end to three years of the unsetting safety allegations. According to a statement, Toyota Motor Corp. will pay an approximately $1.1 billion pre-tax charge to cover claims related to accidental acceleration in its cars which were noted by its U.S. customers. As it was underlined the U.S. owners of about 16 million Toyota, Lexus and Scion vehicles would be entitled to receive direct payments and safety updates including the installation of a brake override system in almost 3 million models. Only vehicles bought between 1998 and 2010 would be however the subject of the Toyota Motor Corp.’s settlement. According to data, as many as 30 models have been affected such as the Toyota Camry and the Corolla.

While announcing the decision on the final settlement, the company underlined the fact that it did not admit any fault or unlawful conduct by Toyota Motor Corp. Christopher Reynolds, general counsel for Toyota Motor Sales, USA, explained the decision to settle by stating: “However, we concluded that turning the page on this legacy legal issue through the positive steps we are taking is in the best interests of the company, our employees, our dealers and, most of all, our customers.” In addition, the Toyota Motor Corp. decided to settle as it did not want to engage itself in a long-lasting trial.

Toyota Motor Corp. decided to take this step as its reputation was scratched amid the 2009/2010 recalls of over 10 million vehicles and public scrutiny of accidents involving its cars. But not only reputation for the Japanese carmaker’s reliability and safety was dented, its U.S. sales also suffered from all the allegations as well.

Certainly the settlement filed by Toyota Motor Corp. is one of the biggest settlements in automobile defect class action litigation, if not the biggest one. Yet analysts note that the agreement might be overlooked in comparison to suits against the tobacco industry, where claims for indemnity totaled over $200 billion.

Toyota to reclaim No.1 carmaker title

Also on the 26th of December when Toyota Motor Corp. made an announcement on the settlement with U.S. owners of its vehicles, the company informed that it would reclaim the world’s No. 1 carmaker title in 2012. The Japan’s carmaker projects a growth of over 20 percent in group sales in 2012. According to the recent projection, the company would sell approximately 9.7 million cars in the current year. Toyota Motor Corp. has been working hard to reclaim the title which it lost in 2011 amid consequences of the last year’s natural disaster.

In addition, the company also predicts that its global sales would climb about 2 percent to a record in 2013 despite facing sales slumps in China caused by the territorial dispute between Japanese and Chinese governments. Everything indicates that Toyota Motor Corp. is rising like a phoenix from the ashes after being affected by the 2011 earthquake in Japan.

Anna Domanska
Anna Domanska is an Industry Leaders Magazine author possessing wide-range of knowledge for Business News. She is an avid reader and writer of Business and CEO Magazines and a rigorous follower of Business Leaders.
« Boxing Day sales to set a record
New era of eBook dominance has begun »
Leave a Comment
Close