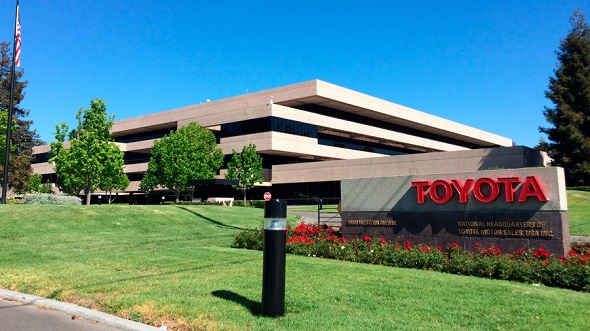 Toyota, world’s largest carmaker announced on Sept. 1 that it has selected the suburb of Plano in Dallas, Texas to move its headquarters from the Los Angeles area.

Despite being offered $100 million in incentives by North Carolina business recruiters to move its North American headquarters to Charlotte, the carmaker chose Texas, which offered incentives half that size.

North Carolina Commerce Secretary Sharon Decker and Toyota both concurred that the Japanese carmaker’s decision to move its headquarters outside of South Carolina is not mainly influenced due to incentive.

North Carolina’s offer came out to be extensively larger than Texas, because of the absence of corporate or income tax in the Lone Star State, said Decker in an interview last week.

Recruiting documents and emails by North Carolina were released to The Associated Press last week, in a response to a public records request. North Carolina missed out on the golden opportunity, because of the absence of corporate or income tax in the Lone Star State, said Decker in an interview. Companies wanting to move their headquarters compare total cost of its new site and the total financial package offered to charm them.

“Incentives were just one of many considerations” Toyota also considered incorporating geography, transportation, the cost of living and educational opportunities, Mike Michels, a spokesman for Torrance, California-based Toyota Motor Sales U.S.A. Inc., said in an emailed statement. Toyota’s manufacturing plants are in Texas, Kentucky, Mississippi and Indiana. “We chose a location that better supports our diverse geographic footprint, in a time zone that allows us to communicate better with most of our operations, and has direct flights to all our operations,” Michaels said.

Another element significant to the company on the move was the availability of direct flights between the U.S and Japan. Since Toyota executives travel hundreds of times a year between the two continents, Decker said. The Charlotte Douglas International airport had no direct flights to Asia, while Plano is near the Dallas/Fort Worth airport, where American Airlines has direct flights to Tokyo.

The new Toyota headquarters will employee 2,900 individuals as well as another 1,000 employees on contract basis from domains such as sales, marketing, engineering, manufacturing and finance.

Toyota CEO, Jim Lentz, said in April that the search for Toyota’s headquarters was listed down to a long list of 100 possibilities wherein it was trimmed down to four. Those four locations were visited by executives, but “it became quite clear that the Dallas metro area was far and above the best choice,” Lentz said.

Christy Gren
Christy Gren is an Industry Specialist Reporter at Industry Leaders Magazine she enjoys writing about Unicorns, Silicon Valley, Startups, Business Leaders and Innovators. Her articles provide an insight about the Power Players in the field of Technology, Auto, Manufacturing, and F&B.
« British Barclays to sell Spanish Unit to Caixabank at a loss of £500 Million
Google collaborates with UC Santa Barbara to develop its own quantum computing processors »
Leave a Comment
Close