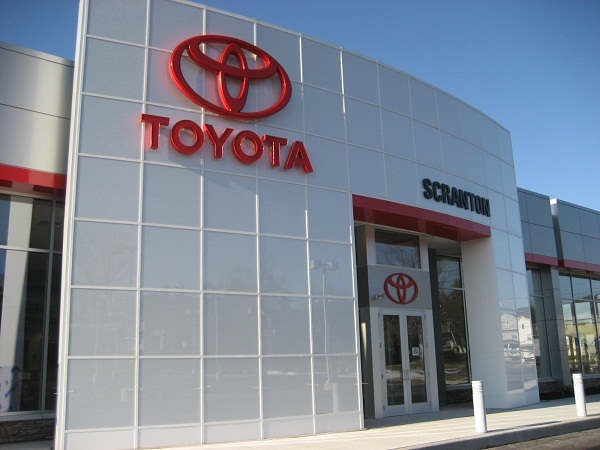 After all, Toyota Motor Corp. becomes the world's top carmaker.

After few years, finally Toyota Motor Corp. got it. According to data released on the 28th of January, the Japan’s company has discrowned US General Motors Co. and has become the world’s top carmaker after 4 years. Toyota Motor Corp. has again demonstrated that it has the power to get back on its feet after experiencing unsetting conditions as it got back the title despite the 2011 natural disasters, record recalls and the territorial dispute between Japan and China.

Back on the throne

Back in 2009, nobody thought that after 77 years General Motors Co. would lose its title of the world’s top carmaker in the near future. But it did. In 2009, Toyota Motor Corp., one of the biggest prides of Japan, was announced the world’s top carmaker. However, just few years later, in 2011, the Japan’s carmaker lost the title due to natural disasters. But the company has once again won the title.

Officials of Toyota Motor Corp. underlined that the carmaker completely recovered from 2011 natural disasters. In addition, it was highlighted that the record sales were mainly driven by the strong US market.

According to data, Toyota Motor Corp. grabbed bigger market share in the US as it rose to 14.4 percent from 12.9 percent. Therefore the gap between the Japan’s carmaker and General Motors Co. has narrowed. Also the company enjoyed an increase in sales in Japan where it saw a 35 percent rise to slightly over 2.4 million units. The increase was driven by the launch of the Aqua which is the smaller version of the Prius. But analysts also note that the sales were boosted by tax breaks for fuel-efficient vehicles.

On the other hand, the company witnessed sales declines in China in 2012 amid the territorial dispute over the Senkaku Islands as Chinese customers started the boycott of Japanese products. Also other Japan’s carmakers, including Honda Motor Co. and  Nissan Motor Co.,  experienced a slowdown in China’s demand first-hand.

However, the carmaker saw its sales of Toyota and Lexus Cars increase about 2 percent to nearly 838,000 despite the European debt crisis which led to the fall in new car registrations in Europe. Analysts underline that the increase in Toyota Motor Corp.’s sales in Europe was mainly driven by growing demand for hybrid vehicles.

Also other Japan carmakers enjoyed increases in 2012 sales. According to data, Honda Motor Co. saw its global sales climb as much as 19 percent to more than 3.8 million units, while Nissan Motor Co. witnessed a 5.8 percent jump in its sales to nearly 4.95 million units.

Despite the uncertainty revolving around the China and Europe’s markets, Toyota Motor Corp. projects to sell about 9.91 million units in 2013. Certainly the Japan’s carmaker counts that the sales in the US, and Asian nations such as Indonesia and India will continue to offset possible losses if the territorial dispute continues.

In addition, Toyota Motor Corp. also has pledged to scrutinize quality in order to minimize recalls which, without a doubt, have recently dented its reputation.

Anna Domanska
Anna Domanska is an Industry Leaders Magazine author possessing wide-range of knowledge for Business News. She is an avid reader and writer of Business and CEO Magazines and a rigorous follower of Business Leaders.
« Starbucks Reported Strong Quarter Profits
Anglo American decides to write down $4bn on Minas-Rio project »
Leave a Comment
Close