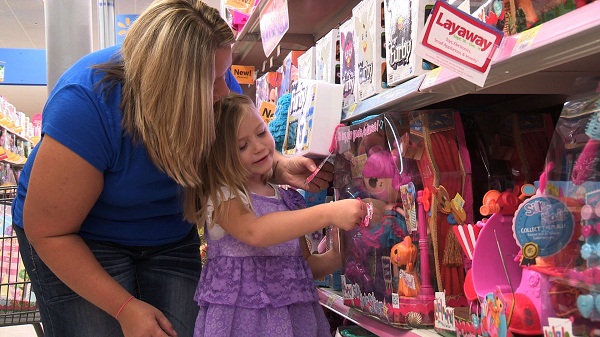 While the world is becoming more computer-dependent, children are not anymore interested in traditional toys. Little ones are just drawn to tablet computers. And this holiday season most children’s Christmas gifts letters are controlled by mobile devices such as iPads and Kindles. The growing popularity of tablets is expected to be the final nail in the toymakers’ coffin.

As parents pass their tablet computers to kids, little ones lose their interest in traditional toys. This trend has been seen by toymakers, yet companies are struggling to adapt to the new conditions which have dominated the market. Analysts believe that this might be the kiss of death for many toymakers including key players, Hasbro Inc. and Mattel Inc. Even though management teams of the two companies have denied being threatened by the dominant position of iPads and Kindles, the downgraded forecasts for the Christmas period show that toymakers should be gearing up for the final battle if they want to stay in the game. Analysts have cut their forecasts for the final quarter of the year. According to estimates, Hasbro Inc. will see toy sales of over 1.4 billion, while Mattel Inc. will see toy sales of nearly $2.3 billion. In addition, sales in the first nine months of the year dropped significantly compared to the same period a year ago. Just in April, Mattel Inc. posted its first-quarter results with first quarter-profit declined over 50 percent.

According to a source familiar with the matter, the best-selling product of Mattel Inc., which is the world’s biggest toymaker by revenue, was a mobile phone case. Yet, its sales of common toys were affected by electronic devices.

But also Hasbro Inc., which produces Action Man and Play-Doh, has seen alarming signs as children just spend more and more time playing their electronic devices instead of playing with traditional toys. Therefore toymakers have decided to make their products more high-tech, so children would love to play with them.

Certainly toymakers have to come up with an answer for their gripes as more and more children, even three-year-old kids are more interested in new electronic gadgets than in traditional toys, thereby spending less time playing with Barbie dolls and Action Men. This trend is also driven by the fact that kids inherit old models of iPads and Kindles as their parents buy newer versions of these electronic devices.

Everything indicates that electronic gadgets are likely to be toys of the future as even the first place of  the top ten on eBay’s hot list was taken by the iPad which got as many as 1.7 million searches. Yet traditional toys are not yet dead as the analysis showed that Lego was second with 1.5 million searches and Barbie doll was also on podium with approximately 300,000 searches.

However sales of computer tablets show that those gadgets are going to supplant traditional toys; it is just a matter of time. Figures show that Apple Inc. as many as 14 million iPads in the three month ended in September, while Google Inc. has seen sales of its Nexus 7 to be close to one million units per month.

So if toymakers want to be back on track they have to adapt to new conditions by adjusting its toys to new trends.