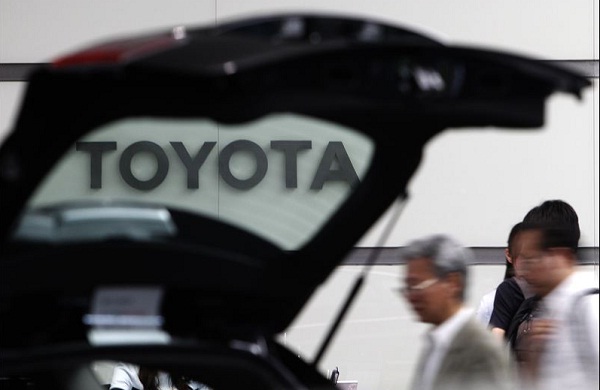 It seems that Toyota Motor Corp. is going through tough times as it will have to recall as many as 1.73 million vehicles globally as it has faced safety issues revolving around airbags. Other Japan’s carmakers, including Honda Motor Co., Nissan Motor Co. and Mazda Motor Corp., have announced the same process as their models have also encountered similar problems. But that is not the last of problems for Toyota Motor Corp. as the carmaker is now at war against Ford Motor Co. over the title of the best-selling car in 2012.

On the 11th of April, the Japan’s authorities informed that its leading car manufacturers – Toyota Motor Corp., Honda Motor Co., Nissan Motor Co. and Mazda Motor Corp. – would have to recall approximately 2.9 million cars worldwide due to problems with airbags on the passenger side which might lead to safety issues and pose a threat to one’s life or health. As of yet, there have been several incidents with installed airbags, but no one has been injured.

According to an issued statement, Toyota Motor Corp., which holds a title of the No. 1 carmaker, will recall approximately 1.73 million cars, together with roughly 580,000 in North America and about 480,000 in Europe. As for the other carmakers which are also forced to conduct recalls, Honda Motor Co. is to recall slightly over 1.1 million worldwide, while Nissan Motor Co. about 480,000 and Mazda Motor Corp. approximately 45,400.

In its statement, Toyota Motor Corp. underlined that it would replace the dangerous inflator with new ones without further delay, adding that the whole process would not take more than two and a half hours. As it was noted, the models affected by the recall were Corolla, Picnic and Camry.

In addition, everything indicates that the faulty and at the same time dangerous airbags were provided by known Japan’s auto parts producer Takata Corp. Toyohiro Hishikawa, a spokesperson for Takata Corp., hotly denied information that the affected Japan’s carmakers would recall as many as 3.4 million units, adding that the number would amount to about 2 million. Takata Corp. saw the price of its stock dive staggering 15 percent on the news regarding its faulty airbags, which were produced between 2000 and 2002, and recalls.

Apart from another recall, which will, certainly, dent the reputation of the world-know Toyota Motor Corp., the Japan’s carmaker has been recently firmly struggling with the news that the Ford Focus was the best-selling car in 2012. The title is, without a doubt, an issue of pride and acknowledgment. Indeed, Toyota Motor Corp. has to fight for its reputation as the new recall is the second one in several months which exceeds over 1 million cars as the automaker informed that it would recall of almost 7.5 million vehicles back in October 2012.

Therefore the title of the best-selling car might be quite beneficial for Toyota Motor Corp. as the No. 1 label would, certainly, support its position in the market. The situation is much complicated because the findings of the  R.L. Polk & Co. indicated that Ford Motor Co.’s Focus authoritatively gained the title of best-selling car in 2012 as the US-based company sold over 1 million units. However, Toyota Motor Corp. underline that its Corolla model was the No. 1 as it sold as many as 1.16 million units, thereby beating the Ford’s Focus model.