Total is going all in to keep its profit-generating oil and gas business.

Total, the French oil major, has signed a $27 billion deal with Iraq to fund a 1-gigawatt solar power plant, and boost oil and gas production in the region.

TotalEnergies of France is treading a fine balance of fulfilling the current need to tip a hat to cleaner energy options and keep its profit-generating oil and gas business.

Besides constructing the solar power plant, the money will be used to inject seawater into oilfields to boost production and capture gas that is currently flared and sell it to local power stations. Chief executive Patrick Pouyanné of the energy company was particular about emphasizing on the positive effects of a reduction in gas flaring, better water resource management and solar energy. Iraq’s Prime Minister Mustafa al-Kadhimi said the investment would increase crude production at one field from 85,000 to 210,000 barrels a day. 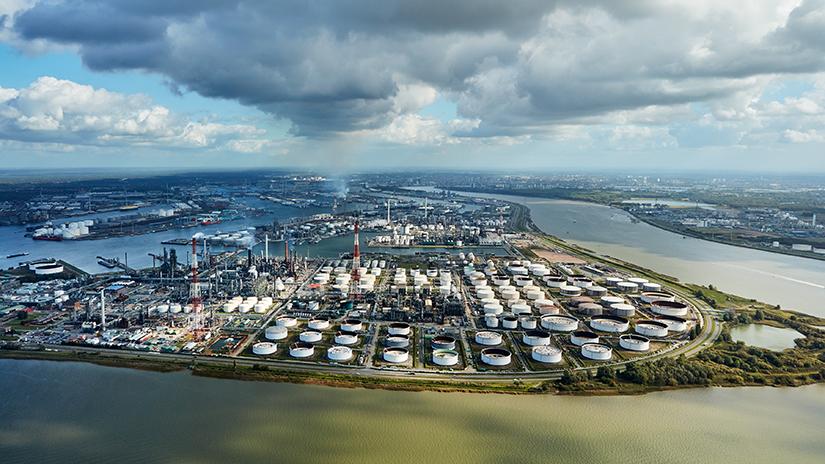 The water-injection and gas-capture project appeared likely to generate good returns in Iraq.

Total has said it will spend more than $2 billion this year on electricity and clean energy, but Pouyanné warned of the risk of overpaying for renewable assets with “crazy” valuations.

Climate activists are obviously disappointed with the investment. Mia Moisio at Climate Action Tracker, said Total’s deal was in contravention to the International Energy Agency report that stated meeting the Paris climate targets required a global halt to new fossil fuel investments. But Total argues that such clean energy investment needs to be funded by the old and gas business, which are more profitable and sustainable in terms of cost.

Ahmed Mehdi, a visiting research fellow at the Oxford Institute for Energy Studies, said the company is clear that the zero emission promises cannot be met without access to low-cost and low-emission barrels. Compared to the other players in the market, such as Shell and BP, Total is not shy of acknowledging that investment in hydrocarbons is needed to fund greener projects. Most energy companies are treading the middle path of pushing the old and gas investment and investing in low emission technologies and materials too.

Total has performed better than its peers in the last two tough years and even managed to pay dividend to its shareholders, and its shares have done better at the bourses. BlackRock, which holds about 7.5 per cent of Total’s stock, said in its annual investment voting report in July that the oil group’s approach “strikes a reasonable balance between ambition and pragmatism as it relates to the global energy transition”.

Countries such as Iraq provide better grounds for developing renewables projects at a lower cost. The riskier proportion lowers the cost, though Total has an advantage as it has been operating in Iraq for more than 100 years. French president Emmanuel Macron visited Iraq in August for the second time in under a year, just a week before the Total deal was announced. The Iraqi government has been courting foreign investors and described the deal as “the biggest investment by a western company” in the country.

In Iraq, Aditya Saraswat, an analyst at consultancy Rystad Energy, said that security risks had receded. Both the water-injection and gas-capture project appeared likely to generate good returns.

Most oil majors are considering withdrawing from parts of Africa and the Middle East due to security risks, corruption, and instability. ExxonMobil was in talks with Iraq to invest $53 billion to develop a project to use seawater to increase oil output, but now it has decided otherwise as it wants to focus on low-cost fields closer to home in Guyana, Brazil and the US Permian Basin. BP is also considering withdrawing from the country.

Meanwhile, Total is more confident that it can continue to operate profitably in these volatile countries. Last year it increased its stake in the Lake Albert oil project in east Africa, which expects to make Uganda an oil producer and export crude via a 1,400km electrically heated pipeline. It is also eyeing large liquid natural gas projects in Mozambique, where an Islamist insurgency forced the company to declare force majeure in April, and in Yemen, where the long-running civil war threatens its progress.