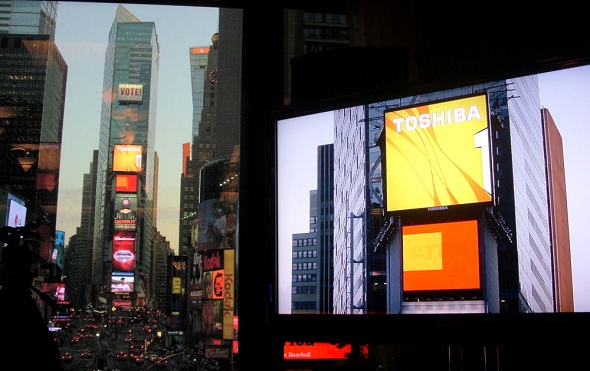 In recent years, a majority of Japanese electronics giants have undergone structural changes to revamp unprofitable businesses and to amplify their global competitiveness.

The PC industry has been affected severely with the advent of tablets and smartphones in recent years. It’s not just PC that we’re talking about, laptop sales too seem to have fallen with the dawn of hybrid laptops and tablets and similar devices replacing them.

Japanese electronics conglomerate, Toshiba Corp. on Thursday announced that it would accelerate the restructuring of its PC business to concentrate on the business-to-business operations and would exit from certain business-to-consumer fields.

The company, additionally disclosed that it will reduce the size of its global workforce in PC business by about 900 workers, which its 20% of its PC operations head count, barring the manufacturing segment. Moreover, it will cut fixed costs by more than 20 billion yen, in comparison to past financial year finished in March and decrease the number of sales bases around the globe to 13 by the end of current fiscal year from 32. The company has not yet specified which consumer makers it would withdraw from.

Toshiba’s PC business reported positive operating income in the first quarter of the 2014/15 fiscal year; it said the expense of structural changes would cut ¥45 billion ($415.24 million) from its operating profit and take away ¥36 billion from its net earnings to shareholders. The company’s forecast projection is ¥330 billion operating profit and a ¥120 billion net profit for this financial year which remains unchanged.

“The PC market is expected to see a continuing trend to modest growth rates, and these transformation measures are necessary to support the business in securing consistent profit,” Toshiba said in a statement.

In recent years, a majority of Japanese electronics giants have undergone structural changes to revamp unprofitable businesses and to amplify their global competitiveness. This year in July, Toshiba officially confirmed a restructuring of its visual products business in order to focus more on Japan and rapidly developing emerging markets.

On Wednesday, Sony Corp. announced that it expected its net loss for the current fiscal year to inflatable to ¥230 billion as a result of a debilitation charge connected with smartphones and recognized it wouldn’t be a major player when it comes to devices, which had been one of its last hopes for revitalizing its electronics business.

According to a study by AlixPartners a global financial advisory firm, 70% of respondents (business leaders and professionals) from automobile and electronics sector expect major corporate restructuring with niche focus on business sectors to compete against global leaders and industry newcomers in 2014.