Toshiba CEO resigns after an investor battle over restructuring plans

Toshiba slashes down its memory chip production by 30%

Toshiba Corp. has announced CEO succession following the sudden departure of Satoshi Tsunakawa. The Tokyo-based company said on Tuesday that its board has nominated Taro Shimada, an executive officer and corporate senior vice president to replace Tsunakawa as the chief executive.

Taro Shimada was an executive at Siemens, both in Japan and the US, before joining Toshiba Corp. in 2018 to lead it’s digital strategy. As Toshiba’s CEO, Shimada faces the challenge of leading a restructuring plan that has drawn severe criticism from shareholders. In February, Toshiba announced plans to split into three firms by spinning off two core businesses—its energy and infrastructure business as well as its device and storage business.

Sixty-six-year old Satoshi Tsunakawa has seen himself as the CEO of Toshiba Corp. on several occasions. What is interesting about his appointment is that he ended up becoming the CEO every time the Japanese conglomerate’s CEOs are ensnared in any controversy. 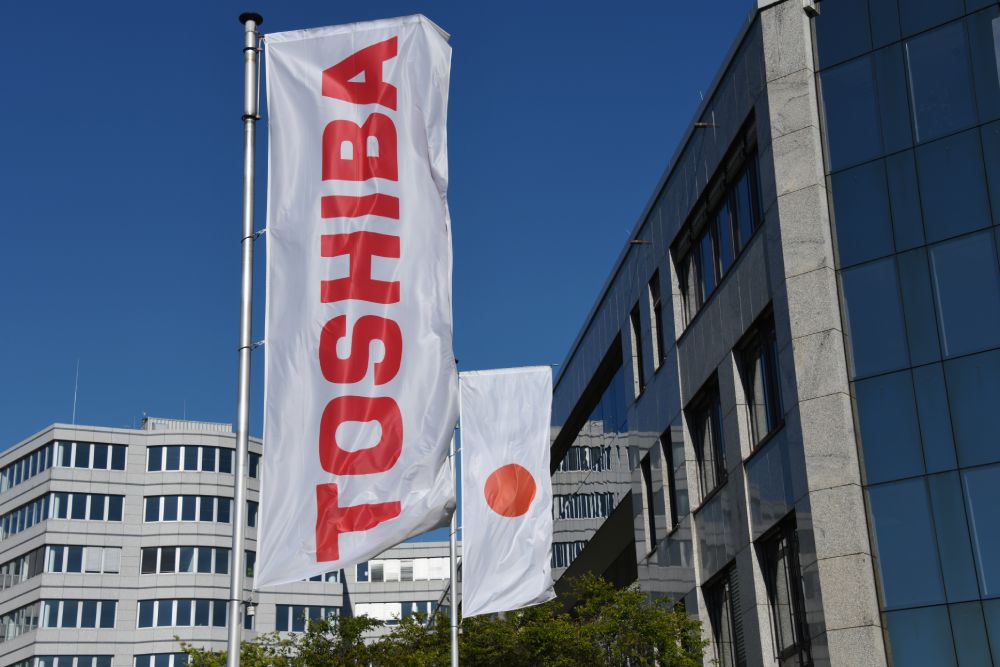 In an interview with Bloomberg Television, Tsunakawa voiced opposition to going private, saying that Toshiba would lose orders from utilities and local governments and would be forced to sell sensitive technology in many areas including nuclear, defense and cybersecurity.

Toshiba was once Japan’s most revered brand but has been struggling since the financial aftereffects of the 2011 Fukushima nuclear disaster. The company’s reputation was also besmirched by an accounting scandal that resulted in its CEO’s resignation.

In his role as Toshiba’s chief executive, Shimada will also run Toshiba’s energy and infrastructure business, after the conglomerate’s split into two standalone companies—a move due to be completed by the second half of financial year 2023.

Taro Shimada said he takes pride in being Toshiba’s first CEO with a background in digital technology and hopes that will be a plus for the conglomerate’s energy business.

“I have been at Toshiba for only three years, but I love Toshiba,” he said.

Toshiba also announced that Goro Yanase, Toshiba Elevator and Building Systems president and CEO, has been appointed as Toshiba COO.

The Japanese conglomerate’s board also promoted Hiroyuki Sato, current president of Toshiba Electronic Devices and Storage, to the role of Toshiba’s corporate executive vice president who will oversee the company’s electronic and storage business. Once the firm is spun-off, Sato will be president and CEO of Device Co.

Raymond Zage, head of Toshiba’s nomination committee, said the company’s new appointments have been made at a time when some shareholders voiced concerns that management had not appeared able to proceed with the conglomerate’s restructuring plans in a timely fashion.

Christy Gren
Christy Gren is an Industry Specialist Reporter at Industry Leaders Magazine she enjoys writing about Unicorns, Silicon Valley, Startups, Business Leaders and Innovators. Her articles provide an insight about the Power Players in the field of Technology, Auto, Manufacturing, and F&B.
« All the luxury drowns with burnt-out cargo ship in the Atlantic
Netflix to Acquire Finland’s Next Games in $72 Million Deal »
Leave a Comment
Close