Toronto boasts of having an Ideal Waste Management System. Thanks to Mayor Ford. 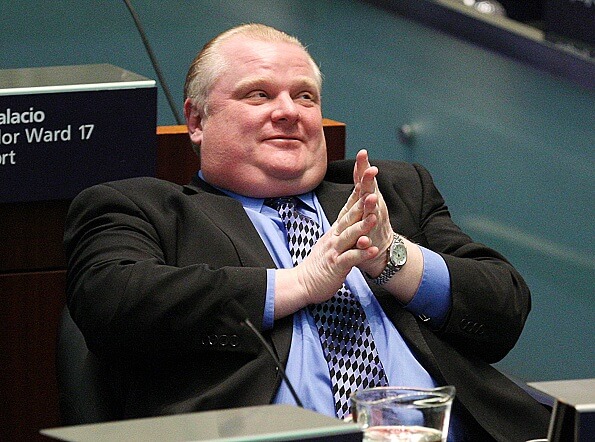 Toronto Mayor Rob Ford who promised his supporters a private garbage collection and disposal system during his campaign days has delivered on his word by winning a proposal to contract out waste management in the west end of the city. The Toronto City council approved the proposal, allowing Mayor Rob Ford to please his supporters and with great timing- at the one-year anniversary of his phenomenal win in the elections last year. Mayor Ford celebrated the happy news by announcing his desire to run for office for a second term as well.

The news broke out only a few hours back and environmentalists and environmentally active Toronto city residents have been offering their congratulations and praises to the Mayor for his coupe. A stellar achievement in the field of waste management, the soon-to-be-launched garbage collection and disposal system holds much potential for transforming the city and residents’ lives.

The contract for $186.4 million has been given to Green for Life Environmental East Corporation. The organization will be responsible for collecting trash from as many as 165,000 homes between the Humber River and Yonge Street. The approval was authorized on 24th October 2011 and is expected to be put into action as soon as possible, probably sometime in the summer of next year. While a private company is already responsible, at present, for collecting trash from the curbs in the Etobicoke region, this all-new private waste management system is expected to spell large progress for the city.

The man of the hour, Mayor Rob Ford, is being lauded for his brilliant ecological-cum-political move. While policy experts are congratulating the mayor on accruing political support and approval on this achievement while also deciding to run for a second term in office, others, including the general public, are simply happy to see their expectations being met and are pleased with their mayor.

According to estimates, if the new private waste management contract is continued for at least nine years, it stands to save the city as much as a whopping $100 million in expenses. While those in support of the plan are all for the private waste management system being extended for a decade, the plan is not without opposition. Dissenting parties are of the opinion that the private waste management plan is promising too much too soon and will not be able to deliver. The most common apprehension is that the winning bidder for the contract has quoted rates they will not be able to sustain at in the long run, thus making it tricky to provide the service for the long-haul.

Mayor Rob Ford is very optimistic, and hopes to transform the entire city by introducing private waste management in every neighborhood. While his first term comes to a close, supporters hope that the Mayor comes back into the office next term to make more such changes.

Blackstone, the private equity firm, is planning to acquire St Modwen Properties, a logistics and housing developer, for £1.2bn ($1.68 billion) in a bid to take advantage of the P
3 hours ago