Who Are The Highest Earning YouTubers Of 2016?

The basketball tournament, NBA is much more than simply a sports event. But, for the last few years, the slam-dunk tournament is a booming business opportunity for entrepreneurs associated with it. The NBA league has developed on a huge scale on the commercial front. This kind of development not only affects the teams participating in it, but also various companies that help in funding the event. Seeing as how popular it is, NBA is hoarded with successful sponsors from all across the globe. Despite the shared profits, the teams as well as the players representing it attain a majority of the profit. The top earning NBA teams of 2016 have an individual business story behind them.

It will not be wrong to say that the companies investing in the NBA tournament have hardly witnessed commercial disappointment. Thanks to its popularity among the masses, such companies have earned commendable profits in the past few years. Recently, market experts have observed that the pace of business growth in this tournament is on an all-time high. The Commissioner of this sports league, Adam Silver has brought in sponsorship signings that are twice and even up to four times more in value than previous such deals. Such a phenomenon reflects the impact of the US based sports league on a global scale. 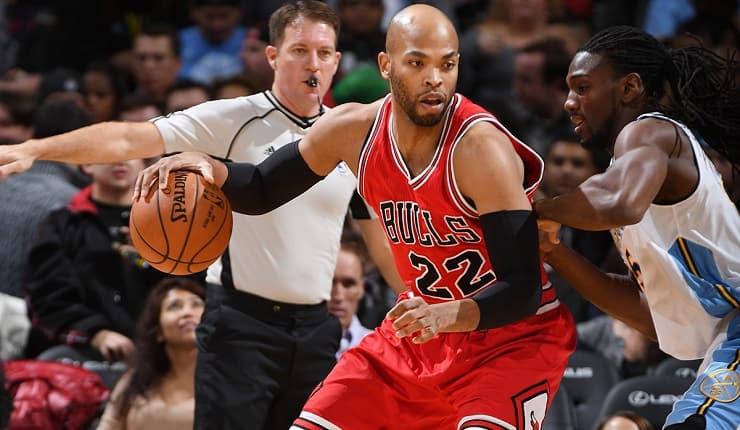 There are various instances which prove how profitable the NBA business is at the moment. The NBA has extended the television rights deal with ESPN in October 2014 for another nine years which is worth $24 billion. This amount is triple the previous annual rate. The sports league attained its first ever timekeeper sponsor, Tissot, on a contract for six years for $200 million. Verizon struck a deal with NBA replacing Sprint, for the next three years, which is worth more than $400 million. The most recent advancement in terms of sponsorship deals is the deal in which sports merchandise company Nike will take over Adidas, which has been the official merchandise partner. The eight-year contract is worth $1 billion on an annual basis, which is almost $400 million more than the previous deal with Adidas.

On an average, the NBA team franchise is worth $1.25 billion. This value is 13% higher than that of last year based on the 74% gains received in the previous year.

Topping the list of the top earning NBA teams of 2016, the New York Knicks franchise is worth $3 billion. The team took over this spot from the Los Angeles Lakers. This occurred due to the development of a new cable deal. This deal is said to be the highest premium seating-revenue in the NBA league, which is worth almost $90 million. In September, a split of the media and sports asset of Madison Square Garden Company took place. This resulted in a new media rights deal for the deal which was updated with the same regional sports network. It is a 20-year pact which begins this season and is worth $100 million for the first year.

James Dolan is the owner of the New York Knicks, and he is chiefly responsible for making it a commercial success. The Knicks have only won one playoff series since the year 1999. The business strategies of Dolan are efficient which enables constant cash flow despite the number of losses they witness. Apart from this, renewed partnerships, as well as successful sponsorships have also contributed in its monetary success. Due to its popularity and commercial increment, the team has bagged a number of rich deals with well-acquainted companies. Dolan invested in the Knicks in 1994 for $1.1 billion, and has only attained profits since then.

The previous two seasons are considered to be the worst ones in the history of the Los Angeles Lakers. In context to this, the team lost its #1 spot among the top earning NBA teams. The 2015-16 season, which was dominated by Kobe Bryant’s retirement tour did not help in making things better for the team. Despite such drawbacks, the Lakers are the most profitable team in the NBA league. The key factor behind its constant profit is the 20-year deal with Time Warner Cable’s SportsNet LA. The deal is worth $3.6 billion.

The overall ratings are 65% lower than the previous two seasons because the star player Byrant was sidelined due to injuries for a majority of the games. The average audience size last year was 92,000 viewers per game, which is way lower than the earlier seasons.

The estimated value of Los Angeles Lakers this year is $2.7 billion. Out of this, the average revenue generated by the team is around $304 million. The reason behind the good profit level of this team is that it in under only 1% debt. Due to this, the earning of the team is counted under its revenue as it hardly conducts payments to outside sources. Out of the total input of monetary resources, $76 million is spent on player expenses, whereas $133.4 million is the operating income. The Los Angeles Lakers is said to have the highest operating income among all teams in the NBA league.

The team of the Chicago Bulls underwent a number of changes in the year 2016. These changes were in terms of the players representing the teams as well as administrative changes. Despite such unrest, the estimate value of Chicago Bulls this year is $2.3 billion. Since the year 2010, the team has topped the chart of paid attendance. This year, they sold 21,820 tickets per game, which is much more than its contemporary teams. They also sold more amount of official team merchandise through NBA league’s official online store. It also acclaimed the fifth-highest local television rating in the history of the NBA during the 2014-15 season. It also has the highest average audience, which is 163,000, in the sports league.

The Chicago Bulls have qualified for the first round of the playoffs only four times since the year 1998. Despite this, the team has led the merchandise sales in the NBA tournament during its regular season. This is in accordance with the tremendous fan base right from the time when Michael Jordan led the team in the 1990s. The Chicago Bulls signed its first ever internationally-headquartered sponsor this year, Cinkciarz, which is a huge leap for the team on the commercial front. With this deal, the team hopes to carve a niche among its large Polish population. This sponsorship would also open up better business prospects for the team.

The team of Boston Celtics came as a surprise to all the NBA fans when it successfully made it to the playoffs in the 2014-15 season, devoid of its star players. Taking advantage of the team’s victory in the previous season, Celtics accumulated commendable number of assets in the account of the franchise. The first four such deals were picked by in the NBA draft of 2016 itself. The Boston Celtics maintains a record of being one of the most profitable teams in the NBA league.

The current value of the Boston Celtics is $2.1 billion. The revenue it earns in a year is around $181 million, whereas the operating income is $57 million. The team’s primary source of income is the revenue it generates through local television broadcasting of its various matches. This amount sums up to almost $60 million on an annual basis. This revenue also includes its equity stake in the ComCast SportsNet New England. The administration of the team spends $69 million on its players. The annual change rate in its market value is on an average 15%. The team has 8% debt, which is deducted from its annual income.

The team of the Los Angeles Clippers is one of the most successful teams in the NBA league on the basis of its performance in the matches. The Clippers have won at least 56 games for the past three seasons, in each and every season. It wouldn’t be wrong to say that this team emerged as a dark horse during these seasons. This statement is based on the fact that had been unable to win 50 games in its entire tournament life, right from its inception in 1970 to the time before these three seasons.

The Clippers has a contract with the local television network Fox Stars’ Prime Ticket which expires after the 2015-16 season. But negotiations between the two parties seems to be far-fetched as Fox Stars is offering $60 million on an annual basis, whereas the owner of Clippers, Steve Ballmer, is demanding $100 million for the same. Before this negotiation, Los Angeles Clippers received $25 billion annually from Fox Stars. The team is also thinking about introducing its own gaming line soon. The market value of Los Angeles Clippers is $2 billion. The Clippers’ revenue is $176 million and its operating income for the year is $21 million.

Anna Domanska
Anna Domanska is an Industry Leaders Magazine author possessing wide-range of knowledge for Business News. She is an avid reader and writer of Business and CEO Magazines and a rigorous follower of Business Leaders.
« Uber Annual Loss May Reach $3 Billion by Year’s End
Nokia Files Multiple Lawsuits against Apple for Patent Infringement »
Leave a Comment
Close