The world is becoming one big global village and businesses no longer keep their operations in the fetters of geographical limits. Break your boundaries by exploring our list of top destinations for business tourism.

The beauty of business tourism is beyond the level of relaxation it could offer but how much it could inspire travelers to wax stronger in their various sectors or venture into new ideas. Of course, everyone loves to leave their city of maximum work input for someplace with new air, cultural experience and sights. And the pleasure has to come with a little room to integrate business agendas while you explore new business opportunities and connections. As the spring makes way for summer, it’s okay to make your list of top destinations for business tourism.

Industry leaders Magazine has compiled a list of 10 top destinations for business tourism considering factors – the level of comfort, travel cost, availability of work resources and the level of new opportunities. As a team with new cultural opportunities in mind, we focused on the top destinations for business tourism for maximum travel benefits.

Here is the list of top destinations for business tourism 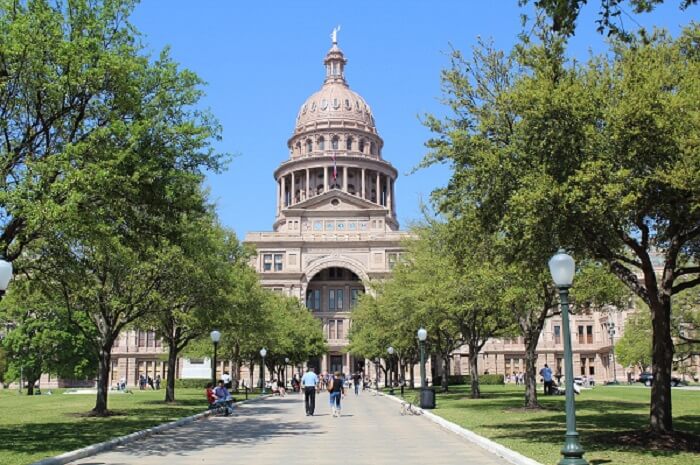 As the best city for startups (outside Silicon Valley), Austin features burgeoning tech and business inspiring scenes established by varying startups speedily developing the city. Before now, Austin has generally been a top business travel destination during Southwest (SXSW) events and festivals which take place in the first quarter of every year. But the city has claimed more commercial portfolios to increase business trips in several folds. It’s no surprise that every business tycoon wants a trip to the fastest growing city in the United States.

Austin is famous for its barbecue, breakfast tacos, lively music scene, and a bizarre motto: “Keep Austin Weird.” It’s located within the great Texas Hill Country, at the heart of Texas and as a home to several waterways; rivers, lakes, including Lake Travis and Lady Bird Lake on the Colorado River, Lake Walter E. Long, McKinney Falls, and Barton Springs, there are lots of natural scenes and beautiful places for outdoor relaxation. 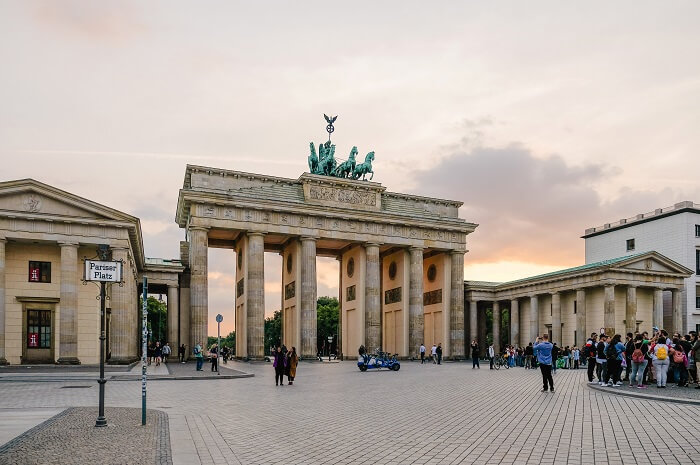 Berlin is the German capital housing big and globally recognized companies. As a crucial business hub in Europe premiering in various sectors, Berlin is also a paradise for architecture aficionados. It’s most remarkably known for its Bauhaus art school built in 1919, which is the reason why it’s a top business tourism destination this year, even though the school existed for only 14 years. The ‘architecture house’ referred to as the Scholars of Bauhaus were guided by the fundamental premise of creating a link between craftsmanship and art – the idea of a democratic design for all. And the school has become one of the century’s most influential modernist art schools and its influence is far-reaching. Aside from the recognition of its style around the world, the school has paved the way for modern architecture and avant-garde art.

All through 2019, the atmosphere in Berlin will remain refreshing as Germany celebrates 100 years of the transformation school of thought this year. Business travelers are carefully conceding to the event, moving workshops, exhibitions, and other business events to Berlin to make them remarkable. 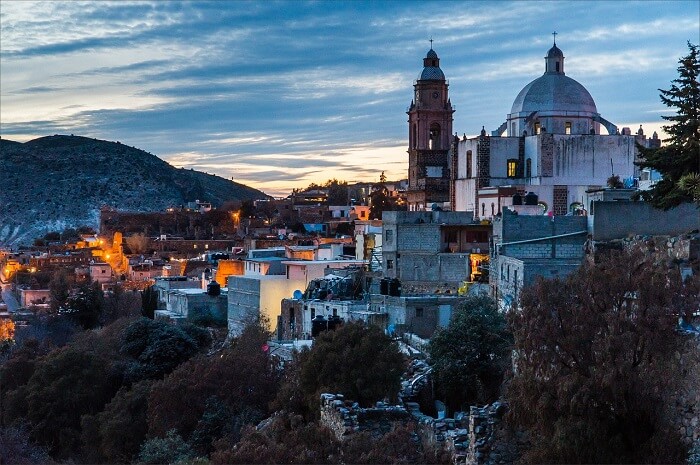 Over the years, headlines have undermined Mexico City’s reputation, painting the densely populated city as polluted, dangerous, violent and dirty. While such reputations have forced many into being skeptical of visiting the city for so long now, you need to be informed that a lot has changed within the past decade. Tourists and business travelers now frequently visit the sprawling metropolis of roughly 22 million people who fly down to explore this unexplored city.

In the 1990s, population levels in Mexico City were among the highest in the world. However, this is no longer the city’s distinguishing attribute at present. The government’s radical approach has drastically improved air quality and scrubbed up the city which is now one of the most important cultural and financial centers in America. To politely highlight the city’s achievement in tackling pollution, the World Health Organization’s ranking estimates that one is now more likely to die in the UK from pollution-related sicknesses than in Mexico.

Malmo is Sweden’s third-largest city, only behind Stockholm and Gothenburg. Despite this record, Malmö, located on the southern coast of Sweden is still seen as a low-key city to both Swedes and foreigners.

Aside from all the arteries of civilization in the city, natural beauty and serenity is still the core substance of Malmo. During summer, visitors to the city experience the full vibration of the city. In this time also, brilliant sunshine replaces astonishing Sweden’s chilly winter weather, resulting in a temperature of about 30 degree Celsius in the city. The city observes two major summer festivals –Sommarscen and Malmöfestivalen, which contributes to the city’s vibrant life.

There are lots of cultural attractions in Malmo for visitors to enjoy. There is the Malmö Castle, nestled in the heart of Slottsmöllan, Malmo’s ‘green lungs’. Visitors will also find the design museum and the bright orange contemporary art gallery a facilitating site. 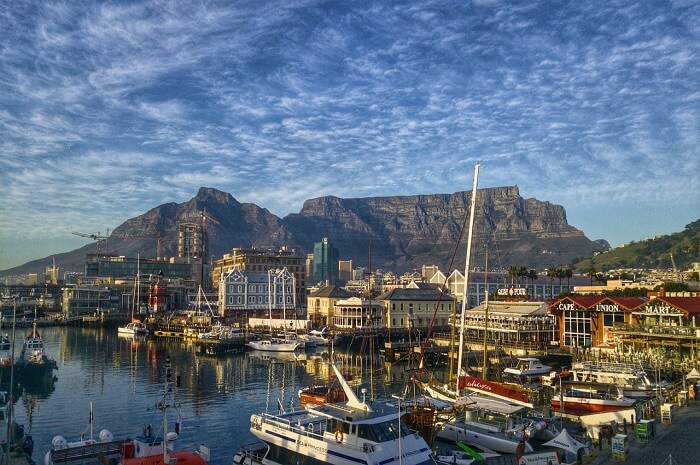 For any traveler who seeks to enjoy amazing sites, interesting cultures and breath-taking hospitality, Cape Town in South Africa is the place to go. The city is a well-rounded destination that offers a true sight of the skillful art of nature and the innovative ideas of human at its best.

For the past 20 years, Cape Town has been named seven times as the best travel destination in Africa at the World Tourism Awards. This feast will come as no surprise when you consider the bustling city center, the dramatic mountain ranges, pristine white beaches, and the Cape Floral Region that the city boasts of.

The city has in recent years made a huge investment in tourism. There has been the introduction of new galleries, restaurants, bars, artisan markets, and others, just for the pleasure and comfort of visitors. To find the choicest local cuisine, take a walk into the Neighborhoods Market in the Old Biscuit Mill. The coolest bars and restaurants in Cape Town can be found easily on the vibrant Kloof Street. 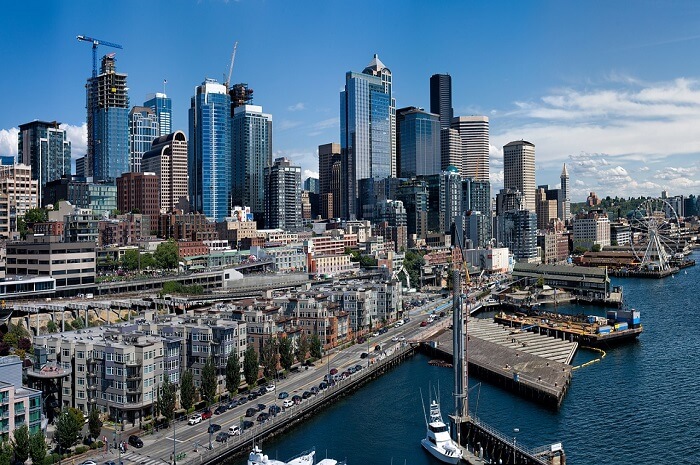 Seattle has been responsible for some of the most important cultural development since the 20th century. Located in Washington State, Seattle is one of those business travel destinations that do not just offer premium relaxation and refreshment but also leaves you much inspired.

It is one of the fastest-growing major cities in the US, yet it’s amazing that the city takes things at its pace. For visitors, the city offers the original Starbucks coffee at Pike Place Market to help begin their day. In the numerous exceptional restaurants located in the streets of Seattle, visitors can find Culinary delights.

The city center is its central creative energy. Situated there are the Chihuly Garden and Glass and the Museum of Pop Culture. The city’s first luxury hotel, Benjamin Franklin, built in 1929 is also located in the city center. For whatever reason, you visit Seattle, be rest assured that you will leave feeling excited and enriched. 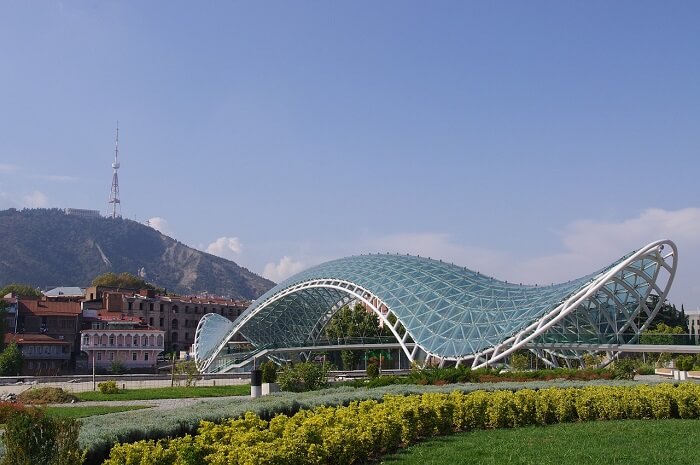 Tbilisi, the capital of Georgia is once again becoming a major travel destination for business tourism if not the most visited place in the Caucasus. The city’s diverse and colorful history is engineered by its proximity to the lucrative Silk Road trade route. It was once a key trade point for Asian and European merchants as it was once the home of Georgia’s prosperous textile industry. Georgia’s liberal politics attract a lot of Western tourists for visitations even beyond business missions. While the flourishing country is still deploying measures to do away with the old Soviet Union image most people still think of it, Tbilisi tourism has proven that it’s a modern place for business travelers in the Caucasus.

Before the fall of USSR in 1991, Georgia was plunged into a period of economic depression and civil war in the 20th century when it was occupied by the Soviet Union. Since the rebuilding process started, it has regained most of its creative roots and legacy. The Old Town, which has topsy-turvy wooden buildings and cobbled streets, is home to most of the city’s major attractions. 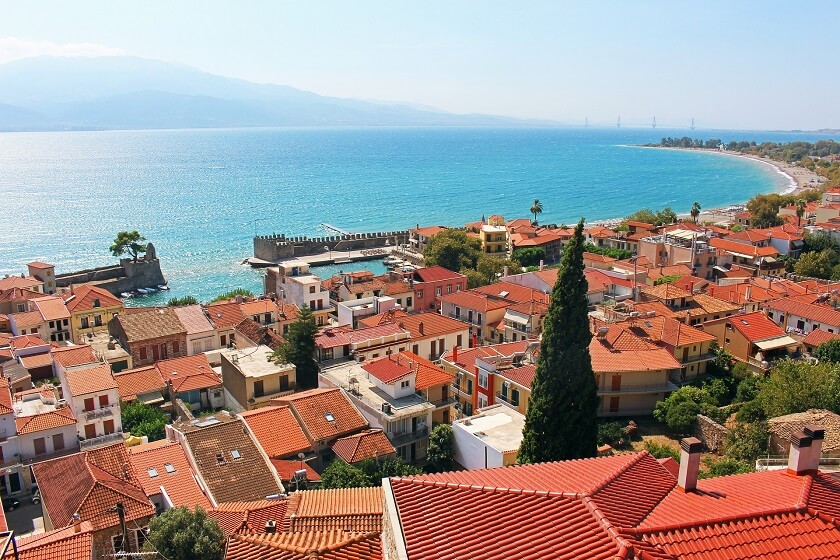 Patmos is an island with an immense religious significance. Though arguably Greece’s most underrated islands, Patmos happens to also be among the favorites and the most popular destination for visitors of Greece.

The location of the island, north of Greece’s Dodecanese island group, ensures that the island is complete as a classic Greek isle with several iconic whitewashed walls and ancient castles. The island comprises of beautiful beaches, of which the sandy Petra Beach located on the south side of the island is chief.

For religious visitors, the island offers one of the most significant places to the Christian faith, the Holy Cave of the Apocalypse. The cave believed to be the location where the Theologian Saint John wrote the Book of Revelation. This cave situated almost halfway up the island’s mountain, has over the years drawn lots of religious pilgrims to the island. There are lots of upscale hotels and traditional lodgings on the island of Patmos that ensures every visitor feels the island to be an ideal travel destination. 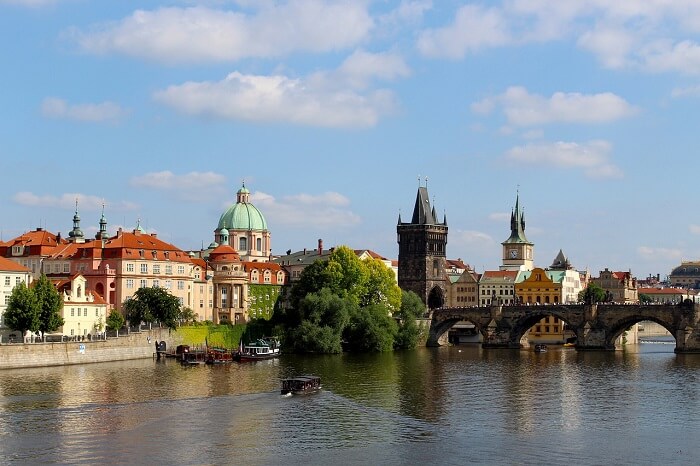 The capital of Czech Republic, Prague, is another top destination for business tourism in Europe. Prague is bisected by the Vltava River, making it one of Europe’s most beautiful capitals. The city is never off-season; business-inspiring activities are interminable throughout the year. It has nearly 800 hotels scattered around the city which has a direct route from 165 destinations.

Prague has inspired many notable scientists and artists. It has quite a mysterious atmosphere remarkably depicted in the works of its native son Franz Kafka. The famous saying: “the people of Prague understand me,” by Wolfgang Amadeus Mozart first performed Don Giovanni, his best-known opera, in Prague 230 years ago. The theatre where it was performed still stands today. However, business travelers would find more than just culture and a wealth of incentive ideas in Prague, as an up-and-coming business destination. 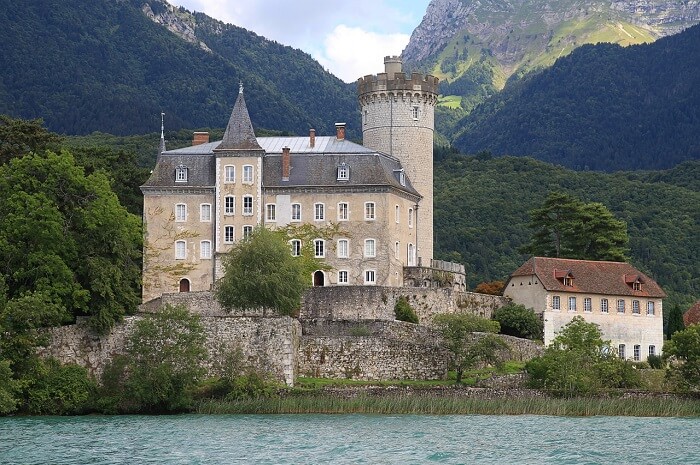 Annecy is a beautiful French city located at the northernmost tip of a mountain-fringed lake. Sometimes called the ‘Venice of the Alps,’ the city, which features cobbled streets and winding canals, never fail to live up to the romantic reputation. Despite Annecy’s emerging status as a top business tourism destination in Europe, it has managed to preserve most of its old-town charm. The city is home to unique turreted castles and lordly manor of the 12th century.

With two major international airports (Geneva and Lyon-Saint-Exupéry) serving Annecy, travelers easily get into the city located in the southeast of France which is just a few hours from neighboring Italy and Switzerland. It’s quite easy to access Lake Annecy’s crystal clear waters, which is Europe’s purest lake, from several urban centers in Europe. While most businesses are moving to Paris following Brexit talks, the charming city of Annecy features most of France’s treasure. Business travelers and tourists are increasingly choosing the fairy tale city as their destination mostly during the summer for quality relaxation within the shores of Lake Annecy.

Christy Gren
Christy Gren is an Industry Specialist Reporter at Industry Leaders Magazine; she enjoys writing about Unicorns, Silicon Valley, Startups, Business Leaders and Innovators. Her articles provide an insight about the Power Players in the field of Technology, Auto, Manufacturing, and F&B.
« Cannabis in Latin America gets a new ‘social outlook’
Influential Business Leaders in the Fintech Industry »
Leave a Comment
Close