Top Biopharma Leaders of the Year

Biopharma CEOs and their top-notch mergers and acquisitions during pandemic.

The Covid-19 pandemic of 2020 has thrust the pharmaceutical and biotech industry centerstage with almost all the major players in the industry engaged in coming up with a solution to the Coronavirus pandemic.  There are about 200 major pharmaceutical companies in the world, and some of them are helmed by dynamic CEOs who have turned the fortunes of the companies around, invested in path-breaking research and expanded their companies’ reach with mergers and acquisitions in line with their expertise.

Here we bring you the wave-making biotech industry leaders. 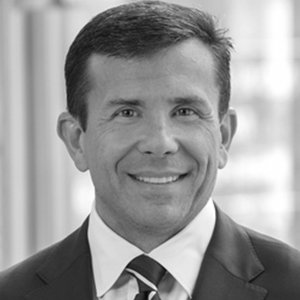 John Crawley has been with Amicus Therapeutics for over 15 years and has seen the company grow from just four people to employing over 500 people. He has risen with the company to become its chairman and chief executive officer. Amicus now has a presence in over 27 countries

Crawley became involved with the biotech business after his two children were diagnosed with Pompe disease, a fatal neuromuscular disorder.

He started looking for a cure for the disease and left his position as director at Bristol-Myers Squibb. He started Novazyme Pharmaceuticals with a friend, dedicated to research and development for Pompe disease. He was successful in his mission to save his children after coming up with a cure.

His life journey has been chronicled by Pulitzer prize-winning journalist Geeta Anand in her book, The Cure: How a Father Raised $100 Million-And Bucked the Medical Establishment-In a Quest to Save His Children. The major motion picture, Extraordinary Measures, is also inspired by his story.

He has served in the U.S. Navy Reserve, was assigned to the United States Special Operations Command, and is a veteran of the global war on terrorism. Crowley was also the CEO at Orexigen Therapeutics and SVP at Genzyme Therapeutics. 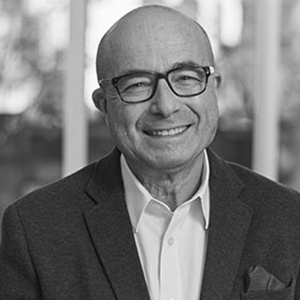 Jeremy Levin is a South African-born medical doctor and research scientist. In 2018, Levin was named one of the most influential figures in the biopharmaceutical industry.  He joined Ovid Therapeutics in 2015. “The reason we get out of bed each morning is to bring life-changing therapies to families and communities with few or no therapeutic options,” says Levin. As the chairman of The Biotechnology Innovation Organization, the largest biotechnology trade organization in the world, Levin has seen that his life lessons are carried out in the industry.

Before joining Ovid, Levin was the president and CEO of Teva Pharmaceuticals, one of the world’s largest pharma companies, a member of the executive committee of Bristol-Myers Squibb, head of global business development and strategic alliances at Novartis, and chairman and CEO of Cadus Pharmaceuticals. 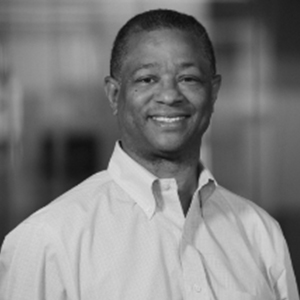 Ted Love was a practicing physician before he reentered the industry to find a cure for the sickle cell disease and help the poor patient populations. Love is now the president and chief executive officer at Global Blood Therapeutics, a biopharmaceutical company.

Love joined GBT in 2014 and before that he was the executive vice president, research and development, and technical operations at Onyx Pharmaceuticals. He initiated a number of clinical trials during his tenure there.  As president and CEO at Nuvelo, he led the growth of the company to a market capitalization of $1 billion.

Love was instrumental in getting approvals for Rituxan®, Herceptin®, Xolair®, TNKase®, Raptiva, and Avastin®.  Love is also on the board of directors at Amicus Therapeutics, the Biotechnology Innovation Organization, and Portola Pharmaceuticals. 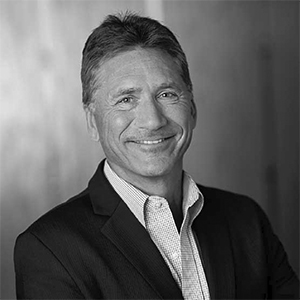 Brett Monia co-founded Ionis Pharmaceuticals in 1989. Monia is a pioneer in research into the mechanisms of RNA-targeting modalities to treat human diseases. Monia’s clinical programs have resulted in advancements in therapeutic areas of oncology, metabolic disease, inflammation, cardiovascular disease, and rare diseases.

Monia is a senior editor for the journal Nucleic Acid Therapeutics and has published over 150 primary research manuscripts, reviews, and book chapters, and he is an inventor of more than 100 patents. 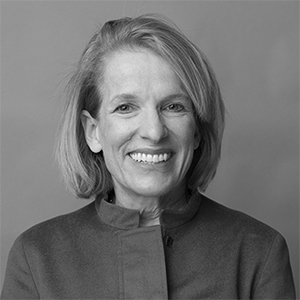 Nancy Simonian is the chief executive officer of Syros Pharmaceuticals, which she helped found. Syros is helming research of small molecules to control the expression of genes to develop therapies for cancer and monogenic diseases. Simonian has led the transformation of the company from a discovery-stage firm with a pioneering platform into a publicly-traded clinical-stage company with multiple product candidates.

Prior to Syros, she was Chief Medical Officer at Millennium Pharmaceuticals, and before that Vice President of Clinical Development at Biogen. At Millennium she led the development of NINLARO® for hematologic malignancies and ENTYVIO® for inflammatory bowel disease. At Biogen, she oversaw the development of AVONEX® and TYSABRI® for multiple sclerosis and Crohn’s disease. She began her career at Harvard Medical School as a faculty and then at the Massachusetts General Hospital. 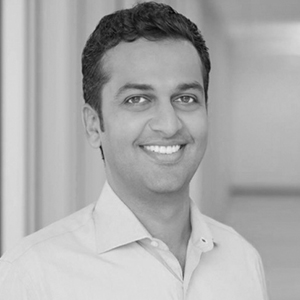 Samarth Kulkarni joined CRISPR in 2015 as chief business officer and assumed the company’s reins as CEO in 2017.

Before joining CRISPIR, Kulkarni was a partner at McKinsey & Company, where he led the pharmaceutical and medical products practice. He focused on strategy, operations personalized medicine and immunotherapy.

Before his long stint at McKinsey, Kulkarni was a research scientist at the University of Washington. 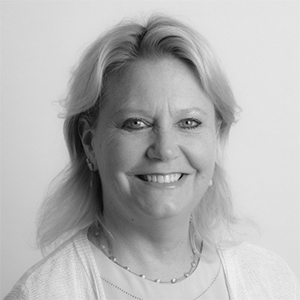 Jacqualyn A. Fouse has been at the helm of 5 different companies and presently is Chief Executive Officer & Director at Agios Pharmaceuticals, Inc. Fouse sees Agios as one of the “next great science-focused companies” in the industry.

Prior to joining Agios, Fouse was a formidable force at Celgene, where she spent seven years. Fouse is highly regarded in the industry and has been associated with every high profile executive opening in the biotech industry since she left Celgene in 2017. She’s also held a range of senior leadership roles with international companies, spending almost a decade of her career in Switzerland. 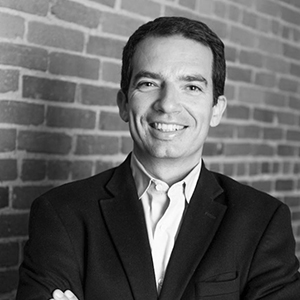 Stéphane Bancel is a French businessman and the CEO and 9 percent owner of Moderna, an American biotechnology company.

Stéphane Bancel joined Moderna Therapeutics in 2011 leaving his position as CEO at bioMérieux as he wanted to be a part of the novel platform developing messenger RNA therapeutics™.

Bancel is credited with filing nearly 45 patents in the field of messenger RNA technology. Development of mRNA therapeutics creates the ability to produce therapeutic proteins in vivo, allowing for drug development in multiple disease areas, including cardiovascular, oncology, and rare diseases.

Under his leadership, BioMerieux saw tremendous growth in sales, and he acquired 10 companies in the U.S., Europe and Asia/Pacific.
During his tenure, Bancel also enhanced bioMérieux’s position as a global leader in clinical microbiology.

He was also a senior partner at the leading venture capital firm Flagship Ventures.

Bancel holds a Master of Engineering from École Central Paris, a Master of Science in Chemical Engineering from the University of Minnesota and an MBA from Harvard Business School. He was elected a 2009 Young Global Leader by the World Economic Forum in France. He was also named the Best CEO in the Biotechnology sector in 2011. 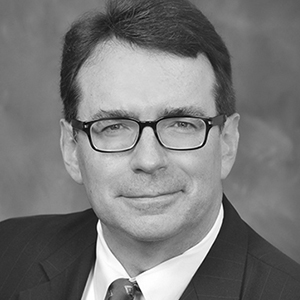 Rick Winningham took over as the chief executive officer and chairman of the board of directors of Theravance Biopharma in 2014 when it was hived off from Innoviva.

Theravance specializes in research and development of small molecule medicines. Its products include telavancin under the VIBATIV brand, revefenacin under the TD 4208 brand, and neprilysin.

Winningham holds an M.B.A. from Texas Christian University and a B.S. degree from Southern Illinois University. 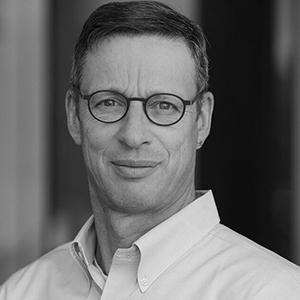 Martin Babler is the chief executive officer and president of Principia Biopharma since 2019. He has been with the company since 2011.  The company specialises in clinical-stage research, and Babler has played an important role in the company’s success. He spearheaded the company’s focus on inclusivity, diversity, and its advancement in the biotech industry

Before joining Principia, Babler was the president and chief executive officer of Talima Therapeutics and spent eleven years at Genentech as the vice president of immunology sales and marketing. Here he led the sales and marketing efforts for Xolair® (Omalizumab) and Rituxan® (Rituximab), both meant for immune system disorders.

At Genentech he honed his marketing and sales skills. He has also worked at Eli Lilly and Company spanning sales management, global marketing, and business development roles. Babler serves on the Emerging Companies Section and Health Section Governing Boards of the Biotechnology Innovation Organization too.

Babler received a degree in Pharmacy from the Swiss Federal Institute of Technology in Zurich, Switzerland. He is a graduate of the Executive Development Program at the Kellogg Graduate School of Management.

Christy Gren
Christy Gren is an Industry Specialist Reporter at Industry Leaders Magazine she enjoys writing about Unicorns, Silicon Valley, Startups, Business Leaders and Innovators. Her articles provide an insight about the Power Players in the field of Technology, Auto, Manufacturing, and F&B.
« Oxford/AstraZeneca Covid vaccine to be approved by the UK within days
Revolut faces legal action over a bonus dispute »
Leave a Comment
Close