Uber Technologies Inc. co-founder Travis Kalanick resigns as chief executive of the ride-hailing service. The resignation comes during a time when the company is shroud in several scandals including allegations of sexual harassment and patent infringement.

According to The New York Times, five of Uber’s major investors demanded Kalanick’s resignation immediately. The investors included one of Uber’s biggest shareholders, the venture capital firm Benchmark, which has one of its partner’s, Bill Gurley on Uber’s board. Kalanick acceded after ‘hours of discussions,’ but will stay on Uber’s board and still controls a majority of voting shares. 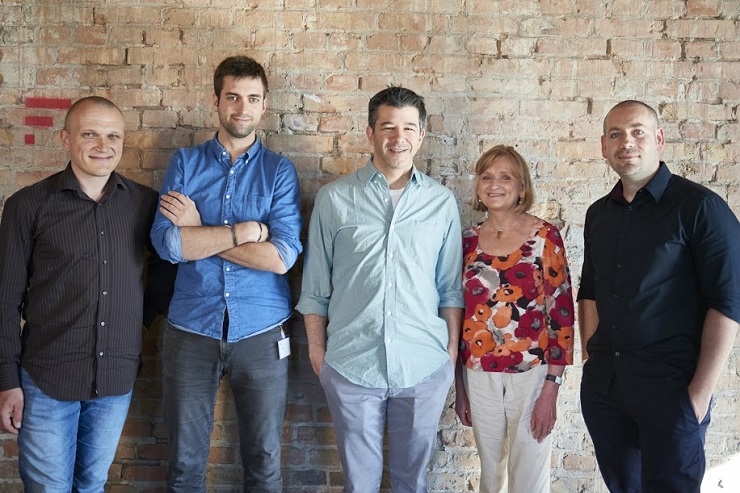 Travis Kalanick’s resignation comes after a months-long investigation led by former US Attorney General Eric Holder, who was hired by Uber to look into its baller culture after a female former employee publicly accused the company of sexual harassment.

The departure marks a pivotal moment for the world’s most valuable private company, which has been largely affected by Kalanick’s hustle-oriented attitude.

Kalanick, 40, said he needs time to grieve for his recently deceased mother and to work on his leadership skills, according to a staff email seen by Reuters. He wrote announcing his leave that he intends to return to the company as “Travis 2.0.” According to a source familiar with the matter, Kalanick can return to the company whenever he would like.

Many inside and outside the company did not agree with Travis Kalanick’s decision to resign.

Uber confirmed the resignation, and the company’s board issued a statement. Uber’s board includes of venture capitalist Bill Gurley, Arianna Huffington, and Uber co-founder Garrett Camp.

With Travis Kalanick resignation comes the question of who may take over Uber. The ride-hailing company is now looking for a new chief executive to replace Kalanick.

A list of Travis Kalanick’s scandals, blunders and PR disasters:

Thanks to Uber’s never-ending controversies – from its use of surge pricing at busy times to its attitude to consumer safety – it’s by far the most castigated company on social media.

Travis Kalanick infamously joked in an interview with GQ Magazine that the company’s nickname was “boober” for all the female attention it garnered.

Uber’s so-called ‘God View’ technology enabled the company to track users’ locations, showing them the whereabouts and movements of party-goers in real time.

Spying on politicians and Beyoncé, December 2016

Uber paid $20 million in a false advertising lawsuit. The company conned people into driving with false promises about its earnings. The Federal Trade Commission concluded that most Uber drivers earned far less than the rates published online in 18 major cities in the U.S.

Scores of people are deleting Uber after the company serviced rides at JFK airport while taxis were striking against muslim ban #deleteuber pic.twitter.com/D8cJMlxOxQ

After Uber lifted surged pricing during a protest at New York’s John F Kennedy airport against Trump’s travel ban, many people were left irate about the ride-hailing company.

Uber and Waymo has been mud-slinging when the self-driving division that spun out of Google accused Uber of stealing its trade-secrets and its intellectual property and accused the company of infringing patents related to the LIDAR system. 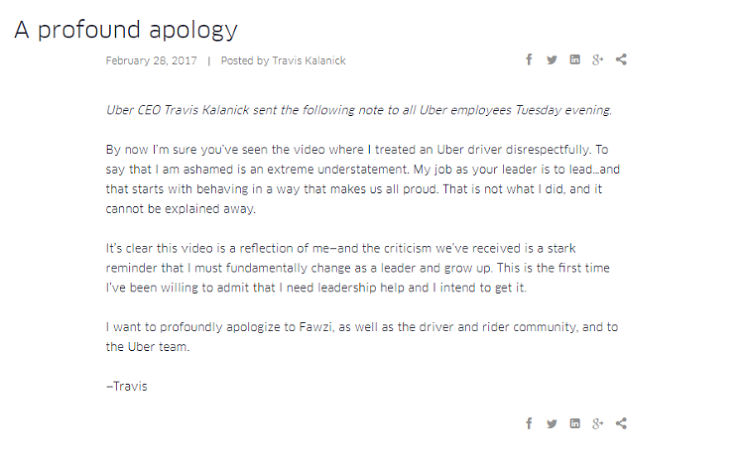 A video published by Bloomberg showed Uber CEO Travis Kalanick getting into a heated argument with an Uber driver about why he dropped the prices for the service.

Several employees at Uber, including CEO Travis Kalanick, visited a sleazy karaoke-escort bar on a trip to Seoul, South Korea.

A secret software codenamed “Hell” was used to spy on rival Lyft to uncover drivers working for both the companies and to steer them away from new rides.

Uber was ordered to pay tens of millions of dollars after it was uncovered that it underpaid them for more than two years by taking a substantial cut of fares than it was entitled.

A top Uber executive obtained medical records of a woman who alleged she was raped by an Uber driver, allegedly doubting the victim’s account.

David Bonderman resigned from Uber’s board after he made a disparaging remark about women talking too much during an all-staff meeting about combatting sexual harassment.

Anna Domanska
Anna Domanska is an Industry Leaders Magazine author possessing wide-range of knowledge for Business News. She is an avid reader and writer of Business and CEO Magazines and a rigorous follower of Business Leaders.
« Nestlé’s Fresh Investment in the Latest Funding Round of Freshly
Sorry Apple, You cannot buy Toshiba’s Chip-Unit »
Leave a Comment
Close