Samsung Electronics’ CEO Kwon Oh-hyun has announced his resignation citing ‘unprecedented crisis.’ The head of the hugely successful company will step down from the executive role, as well as his positions on the board and as CEO of Samsung Display in March 2018.

“It is something I had been thinking long and hard about for quite some time. It has not been an easy decision, but I feel I can no longer put it off,” Kwon said in a letter addressed to employees. “As we are confronted with unprecedented crisis inside out, I believe that time has now come for the company start anew, with a new spirit and young leadership to better respond to challenges arising from the rapidly changing IT industry.”

While Oh-hyun does not disclose exactly what this crisis is in his resignation letter, there’s no doubt that this is in reference to the Lee Jae-yong corruption charges earlier this year. Lee Jae-yong, the Samsung Group scion and apparent heir, and he was sentenced with five years prison time this August on charges of bribery, embezzlement, and perjury. 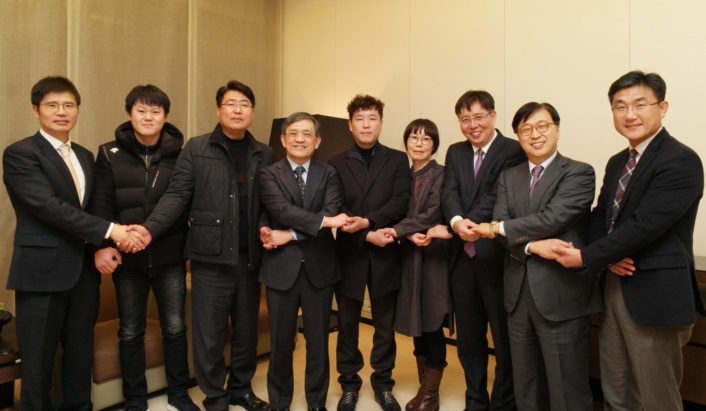 In his statement, Kwon explain the decision was a difficult one, although he had been mulling over it for quite some time. He rightfully believes that it is the best move as Samsung is hit with hard times.

Oh-hyun joined Samsung originally in 1985 and twenty-seven years later was appointed to CEO in 2012. He cemented Samsung’s position as a world leader in memory chips and expanded the contract chip manufacturing unit. Samsung CEO’s resignation is the first sign that the scandal could have a major impact on Samsung’s operations this year.

Samsung Electronics on Friday announced earnings guidance that predicts record profits in its second straight quarter. Its operating profits have nearly tripled year on year, signifying strong recovery following the Galaxy Note 7 recall disaster in 2016. Samsung CEO Kwon Oh-hyun says the current performance demonstrates solid decisions made in the past year, although he is casting doubt over the company’s ability to grow in the future.

Samsung Electronics is yet to announce who will be replacing Oh-hyun. We will have to wait and see for ourselves whether the news of Samsung CEO’s resignation will prove to be a good move for the tech giant.

Anna Domanska
Anna Domanska is an Industry Leaders Magazine author possessing wide-range of knowledge for Business News. She is an avid reader and writer of Business and CEO Magazines and a rigorous follower of Business Leaders.
« Toyota GR HV is the sports hybrid you would love to own
The popular Tesla Model X will suffer a mass recall »
Leave a Comment
Close