To be or not to be a Leader is the Question

Pick out the true leader from the crowd 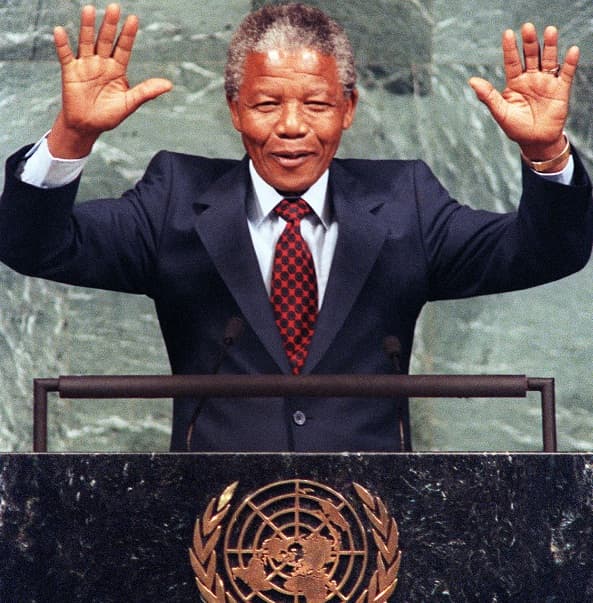 Many scenarios are seen almost every minute in one’s workstation or personal lives. In fact, to start with a differential, everybody has at one point of time done some sort of group work or the other.

It could be anything; from organising the school prom to hosting a cheerleading contest. In the light of such an event, ever noticed that guy who works around with a clipboard, taking a drag from a cigarette, laughing around with the ladies, speaking to the authority and yet remaining cheerful the whole time?

Or that girl who goes around asking people to cough up money for the event, arranging the score board, checking the stage, pushing people around to work, doing a jig herself when she feels like and yet smiles the whole time and is pretty much liked by everybody around?

If one has seen such a person, you should be congratulated to have found a true leader in all the mess.

Though the title is usually applied to marriage, analyse the above example and one will see that the term means going the whole way, making everything possible and yet somehow holding on, in the basic sense of the phrase.

The point is; a true leader has to on all accounts and every condition, multi task. The idea is very simple; a true leader knows that she or he will be depended upon, asked to learn errands, listen to some swear words, make everyone work, motivate those around and at no point of time should she or he lose her or his temper or smile.

The job of a leader is a tough one. To make things even more worse, there will without fail always be something that has to go wrong. A leader should know what to do and how well to camouflage the crisis or crises that occurs.

In addition, a leader has to remember that at any point of time, those working under or rather with her or him will turn around and be crabby. It happens all the time.

For example, let us start with Wendy who is a wedding planner and to quote some client of hers a ‘thumping good one at that.’ Now anyone who thinks that her job is any less important or demands any less effort than others demand, wait until the end of it.

Wendy has a new client who is one of those fussy sorts. Now, on the day of the wedding, here is a series of incidents, which went wrong; the client’s dress was found to be exchanged with another’s. The cake, which was supposed to be delivered by the bakery at nine, was still yet to arrive at 12. The groom was playing with his nephew who chose precisely that moment to puke on him. The best man, who is also gay, is in love with the groom, ends up getting drunk at 10 in the morning, and forgets the speech he prepared for his toast.

To add to the whole mess, the bride’s mother is found to be smoking and setting fire to the whole thing. What does one think Wendy does in a situation where so many things have gone wrong?

Answer; she takes care of them. However, if for one minute people think that she did it all by herself, they would be wrong. Making others do their job properly is as much of a challenge as is taking care of the job that is to be done.

Anyhow, does the situation of Wendy ring a bell? If not, here is a paraphrased version; the presentation on room one has been shifted to room 15 and one comes to know that, 15 minutes before. The projector on room 15 does not work. The laptop you bought last week, works fine usually, but is refusing to do so right then. The seating arrangement is all wrong. The person beneath you suddenly called sick and the secretary hired is no good. Analyze that.

Moving on with it

Another point that a true leader is well aware of and should remember is that; always keep a backup plan. It is very important to have a contingency plan to implement when it looks like the plan previously made is hitting the floor instead of the roof.

One should also remember that those working with you are in fact not beneath you. They are in fact the ones who are in a way obliging you with their service. Stop thinking that money will always do the trick, because it will not. There are certain qualities that actually help identify the true value of a leader.

However, a more important focus that one should make at all costs is to remember that diamonds are not, in fact, forever. One might be a great leader and should truly be proud about it. Nevertheless, one should also make sure that there is a second person who is equally adept and with fine-tuning, shall be better. Following are some tips, which should help one in knowing what to look for while thinking of choosing the other person or in a way, that back up person.

As happens in most cases, true leader start showing the signs early. Even in the team you work with, you should keep an eye open for the person who shows quickness and poise while doing a job. This person should usually be the one who takes care of problems when they arise and sometimes does the best to keep them at bay.

Skills of an Orator

A good leader is one who can motivate well. In addition, how does one motivate another person? Simple; she or he talks. One should in fact keep an eye out for those who have a rather unconventional way of talking and thereby motivating the others to work, because they tend to work the best. In addition, one should look for people who do have a certain way with certain people.

A job well done is best recognized when it is done within time. Keep setting tasks to your team and screen those who have a knack of making submissions within time. Everybody today is always hard pressed for time. Therefore, one should be very particular to choose people who do not have time management issues and is pretty much on the toes to make it within the stipulated time.

There was a purpose behind mentioning a not so irregular day in Wendy’s life. Like it has been mentioned before, nobody is super human and anybody who pretends otherwise should stop kidding themselves and others.

Had Wendy not had a better rapport with the bakery, the cake might not have been there. Also, the gay best man would never have given a great speech, dictated entirely by Wendy the couple would have had quite a bone to pick with him later or even right there maybe.

The point is; along with doing some very quick thinking, one should remember that one has to work with others as a team in order to derive the needed results. Watch out for those who work well under pressure and with the other fellows well and make a decision.

Inflation is chasing the investors and policy makers at a speedy rate. CPI increased by 7% in December, 2021, the highest since June, 1982.
20 hours ago