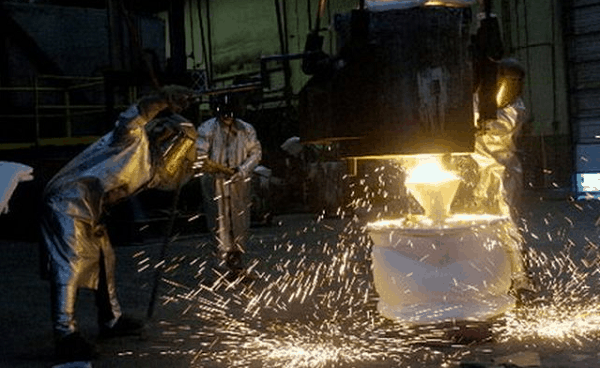 Precision Castparts Corp. seems to have offered a huge sum of approximately $2.9 billion to buy Titanium Metals Corp. which happens to be one of the world’s top producers of alloys used in the construction of aircraft engines.

Casts of Precision Castparts Corp. are used in almost every single jet aircraft engine program both in the process of production or undergoing the developmental stage as well. The corporation stated that the takeover of Titanium Metals Corp. would allow them to streamline their chain of supply, decrease costs and even improve the amount of revenue.

Mark Donegan, chief executive officer at  Precision Castparts Corp., has underlined in a statement that the takeover of Titanium Metals Corp. is going to provide the company with the sufficient amount of this chemical element which is regarded as the central lacking part of its complete product assortment.

The Precision Castparts offer provided $16.50 for every piece of share of Titanium Metals Corp. which happens to be a roughly 43 percent premium to the closing cost of the stock on the 9th of November at $11.57 per share.

The affiliates along with Contran Corp., which comprise as much as 45 percent of Titanium Metals Corp., accepted to back the takeover of the company.

Experts believe that because of the fact that Precision Castparts Corp. happened to the greatest customer of Titanium, the reductions in cost from the takeover would be quite noteworthy. The takeover also provides the buyers with a lot of extensive exposure to the sales of titanium. In addition, Precision Castparts Corp. has recently displayed an ability to combine acquisitions without any mishaps. Analysts also state that if the Precision Castparts offer is in a position to extract the value from this, then in the long run, similar to other acquisitions they have made, it might end up being a fine deal.

The Titanium Metals-Precision Castparts deal comes after a few minor deals and would help to improve its portfolio to encompass melted products and titanium sponge that are made use of in airframe components as well as the engine of aircrafts.

Titanium Metals is a manufacturer of specialized alloys which are widely used in the construction of jet engines. Rolls Royce, Boeing, and Pratt and Whitney of United Technologies are customers of the company.

The Titanium Metals-Precision Castparts deal happens to be the greatest acquisition for Precision Castparts since almost 1996 as well as being its seventh deal till date in the course of the year. Through the medium of deals, the company has managed to expand the range of its products and has also integrated vertically in order to include a great deal more of production processes.

Anna Domanska
Anna Domanska is an Industry Leaders Magazine author possessing wide-range of knowledge for Business News. She is an avid reader and writer of Business and CEO Magazines and a rigorous follower of Business Leaders.
« Strong Consumer Data Helps Improve Prices of Oil, US Stocks
US labor charge filed by Wal-Mart against its union »
Leave a Comment
Close