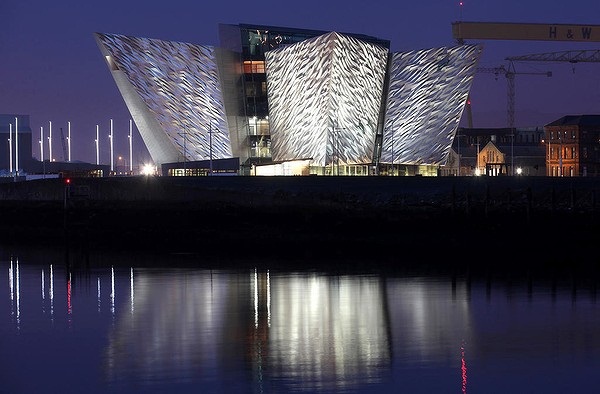 Many UK cities experienced irregular and disappointing year as the Olympic effect and Jubilee effect discouraged travelers from visiting some parts of the United Kingdom. According to a report, the best performing regional city was Belfast as visitors crowded in the city due to the opening of an exhibition to mark the 100th anniversary of the Titanic tragedy. Data showed that thanks to so-called ‘Titanic effect’ hotels located in Belfast have been experiencing the best period in almost 6 years. Also Aberdeen noted very good results compared with other UK cities.

The research conducted by PricewaterhouseCoopers (PwC) highlighted that the Belfast’s hotels had benefited from the Titanic effect due to the opening of £97 million Titanic Belfast tourist attraction.  Compiled data showed that year-on-year occupancy rate of Belfast’s hotels for the eight months ended September increased approximately 15 percent compared with the last year. In addition, overall revenue has grown by roughly one fifth for the period.

Certainly the opening of Titanic Belfast, which took place in March, drove the biggest growth in occupancy for that month in nearly 10 years, not to mention a 12 percent year-on-year increase in revenues as well.

The month of April, which is the month of  the anniversary of the Titanic sinking, saw a growth of approximately 25 percent in the Belfast’s best hotels. In addition, data showed that overall revenue and revenue per available room climbed as much as 45 percent compared with the previous year.

According to analysts, the launch of the Titanic Belfast Festival resulted in a significant increase in both Belfast’s hotel occupancy and revenues as well. Moreover the Titanic effect was expected to bring about 450,000 for 2012, but it has already exceeded estimates as it achieved the 500,000th visitor by the 19th of September,  just six months after the opening of the Titanic Belfast tourist attraction. As it was stated in the report, more than 70,000 tourists had been brought to Belfast by over 40 cruise ships since the beginning of the year.

Belfast’s hoteliers highlight that the last couple of months had been extremely successful, however they underlined that the political stability was essential to continue the trend. Hoteliers are convinced that if the political scene is destabilized by events, the hotel industry will suffer a great loss.

Findings of the report also indicated that Aberdeen had also experienced a good year mainly due to the North Sea activity. The oil and gas sector has had a positive effect on the hotel industry located in the north-east of the United Kingdom. Aberdeen’s hotels saw strong annual jumps on revenue per available room as well as occupancy rate in the period.

On the other hand, London does not have reasons to celebrate as the report showed that hotel occupancy in the capital of the United Kingdom would decrease about two percentage points to 80 percent in 2012 and it would drop again by nearly four percentage points to approximately 77 percent in 2013. This slump will be caused by effects of post-Jubilee and post-Olympics.

As it was stated in the report, London suffers from hotel hangover as demand for hotel rooms slackens significantly after the Queen’s Jubilee and the Olympics as well. These two ceremonies helped revenue per available room grow to as much as £143 this year. However the forecasted drop in the London’s hotel industry will be caused by too many available rooms for the level of current demand.

Anna Domanska
Anna Domanska is an Industry Leaders Magazine author possessing wide-range of knowledge for Business News. She is an avid reader and writer of Business and CEO Magazines and a rigorous follower of Business Leaders.
« Sony Redesigns PlayStation Store
End of Suzuki’s American Dream »
Leave a Comment
Close

Aon Plc and Willis Towers Watson have agreed to sell $3.6 billion worth of assets to rival Arthur J. Gallagher & Co. in a bid to appease European competition regulators over th
13 hours ago