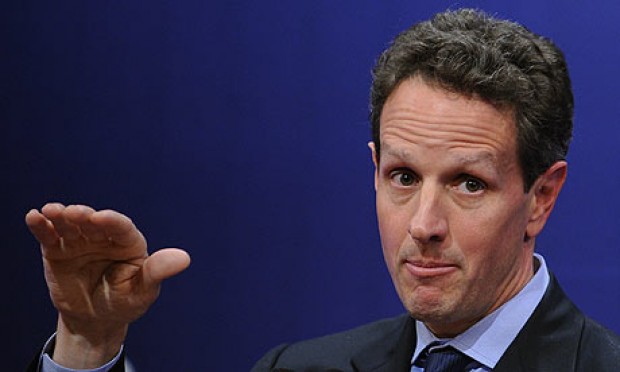 With the United States having officially hit the debt ceiling last Monday, Timothy Geithner, U.S Treasury Secretary has told Congress that in order to enable the government to continue borrowing in the debt markets, investments in federal retirement funds would need to be suspended until Aug. 2, which is when the government could potentially default on its debts.

Indicating that these funds would be made whole once the debt limit is increased, Geithner added that “Federal retirees and employees will be unaffected by these actions.”

But most importantly, Geithner urged Congress to raise the country’s legal borrowing limit soon in order “to protect the full faith and credit of the United States and avoid catastrophic economic consequences for citizens.”, stating that the current sovereign debt problems in the U.S are pressing enough to be a significant threat to the government’s future financial position as well as the country’s ability to best preserve national security.

Technically, the debt ceiling is representative of the limit set by parliament on the amount of money the federal government can borrow legally.

While stating that through measures like suspending investments in federal retirement funds, he estimates he would be able to bring down the total debt enough to allow the government to continue borrowing until Aug. 2, Geithner has also emphatically stated to lawmakers that if they don’t get their act together by that date, the U.S will not be in a position to pay back its bills in full.

The debt ceiling is inclusive of debt owed to the public together with the debt owed to federal government trust funds. Geithner reiterated today in a statement at the Harvard Club in New York City that “the debt limit must be increased. It is simply not an option for Congress to evade the basic responsibility to protect America’s creditworthiness.”

The money the Treasury borrows is used to bridge the gap between what the government spends as opposed to what it receives. According to market analysts, Congress not raising the debt ceiling before Aug 2 would essentially mean that the Treasury would be left without the means to borrow any more money.

And while some critics have said that the Treasury Secretary could help prevent the possible default in august from taking place by paying back the interest due to bondholders, this would be impossible for Geithner to do, since the government’s average spending, not including interest, surpasses the Treasury’s revenue by roughly $118 billion a month.

The Impasse between Lawmakers Continues?

With many Republicans having indicated that they will not consider raising the debt ceiling unless President Obama and the Congress are in agreement with putting in place some deep budgets cuts, Geithner said in his statement in New York that this impasse, especially the obstinate stance of the Republicans, could be responsible for the first debt default in the country’s history.

Urging lawmakers to arrive at a realistic plan to reduce the alarming budget deficit that might be acceptable for by both Republicans and Democrats, Geithner said that the if the debt ceiling was not raised, and the government defaulted on its payments post Aug 2, the consequences and ensuing cost would be as overwhelming as the 2008 financial crisis.