The first world countries are progressing towards greener economy by adapting to bicycles for commuting while emerging nations have it otherwise. Amongst them is China, one of the biggest economies in the world and the country with highest population. Two years ago, Beijing declared the first ever pollution red alert, after which China has taken major steps to control the level of pollution. Which is why, the approximate USD 9.2 trillion economy (based on GDP) is moving towards eco-friendly options for numerous industries including commutation. Consequently, many bike-sharing start-ups have based themselves in China and due to this, the China bike-sharing market is developing majorly.

Start-ups are assertively pitching in for market shares and investors. The recent competition in China’s bike-sharing start-ups for investors and users; is compared to the one between local company Didi Chuxing and Uber Technologies. The ride-sharing start-ups are fiercely competing for investors and market share, so that by 2020-25 these companies will have secured a foothold in the market. Many bike-hailing companies and venture capital firms are competing for stronger positions in the kiosk-free bike-sharing market; making it the next big thing in China. 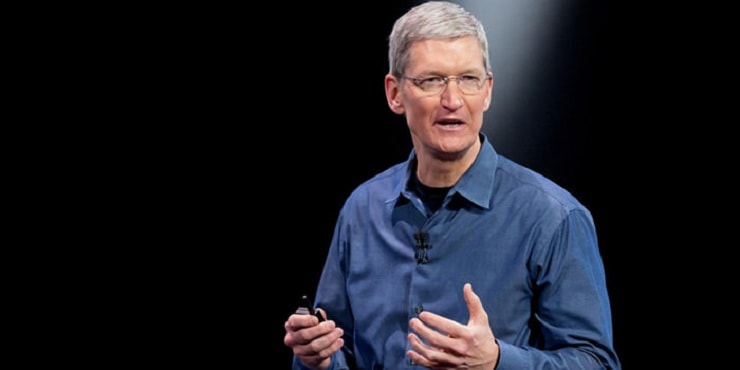 Amidst such times in the Chinese ride-hailing market, Apple Inc.’s CEO, Tim Cook paid a visit to the China bike-sharing start-up Ofo on Tuesday, according to reports on Reuters. Ofo is a kiosk-free; smartphone app enabled bike-sharing start-up based in Beijing. It is backed by local giant Didi Chuxing. Interestingly, in May 2016 Apple had invested US $1 billion in Didi Chuxing, a car-hailing company.

Tim Cook has remained silent about its investment in Didi Chuxing, by brushing it off as a chance to know about some segments of China’s market. Tim Cook’s visit is a part of his China Tour; wherein he also attended the China Development Forum 2017. Technologies like Augmented Reality (AR) and Virtual Reality (VR) were a major part of discussion at this gathering.

Ofo has recently announced an investment round of US $450 million; with a line-up of investors like Didi Chuxing, Citic Private Equity and MatrixPartners. Even though Ofo’s total valuation after this funding sums up around US $1 billion; its major competition remains with China’s another bike-sharing company Mobike yet. Mobike recently said that its funding has totaled up to US $300 billion in 2017.

On one hand Ofo is planning to expand its base in Silicon Valley and London; while Mobike on the other hand is starting its operational activities in Singapore. Both the competitors have offered free bicycle rides to users from the raised funds; with a motive to increase their market positions.

No Definite Plans for Apple Inc and Ofo Currently

Even though Tim Cook has not disclosed any intentions for his visit to Ofo; rumors suggest that a future partnership between the companies can be beneficial for both. Apple watches have advanced technologies which can be used by China bike-sharing company Ofo.

On his visit to Ofo in Beijing, Cook tried the bike-sharing company’s yellow bike along with Ofo’s CEO, David Dai. Cook took to social media sharing platform Sina Weibo and thanked the Ofo team for welcoming him. He praised the mission of Ofo to make commuting greener, efficient and fun. We wonder where this visit will lead Tim Cook and Ofo.

The Tesla Cyberturck left many disappointed with its alien space ship-like design; though both trucks are still under production, what matters most is what comes under the hood.
1 hour ago