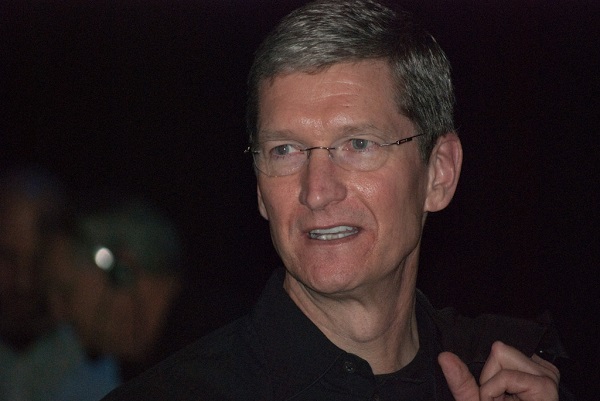 Whom do you support? Government or everyone’s favorite Apple?

On one side of the ring is the FBI and the government, whose brand image seems shattered across the ground, ever since famous whistleblower Edward Snowden leaked the details.

While, on another side of the ring, we have our favorite brand Apple, which arguably is the world’s most respected and loved brand.

Apple has never failed to stay by the side of consumers when it comes to privacy policies or matters regarding backdoor to encryption.

Tim Cook yet again proved the loyalty of his brand by opposing court’s order to provide FBI with a backdoor to encryption, which will result as an intrusion in privacy for customers.

Along with Google CEO Sundar Pichai voicing his opinions in favor of Apple for protecting privacy, Tim Cook has got another ally in the form of Facebook CEO Mark Zuckerberg in his battle against the FBI.

Similar to Apple CEO Tim Cook, Facebook CEO Mark Zuckerberg is also considered as one of the most prominent voices in the world on privacy and tech policy.

Zuckerberg took the platform of Mobile World Congress 2016 in Barcelona to voice his support for Apple against the FBI by saying that providing the government with a backdoor to encryption is neither an effective, nor a correct thing to do.

Apparently, it is highly obvious for Zuckerberg to stand in support of encryption because his own most popular messaging application, WhatsApp, is equipped with the end to end encryption for dealing with security issues.

The only difference between Facebook and Apple is that the leading social media giant does not own the hardware system to send encrypted texts, which is the main issue that has landed the iOS giant in trouble at the moment.

Zuckerberg, although, standing in support for Apple, ensured the FBI by saying that his company would cooperate, “If there’s any content that’s promoting terrorism or sympathizing with ISIS or anything like that, we’ll … get those people from the service.”

While Apple CEO has major tech CEO’s backing his decision for not providing the backdoor to encryption, Microsoft Founder Bill Gates, on the contrary, disagrees with Tim Cook’s decision and sides the FBI’s request to Apple for providing assistance in their crime investigation by software, which is able to break the almighty iOS encryption.

Gates strongly believes that tech companies, including Tim Cook’s Apple, should efficiently comply with requests from the government for assistance related to investigations linked to terrorism.

Further, during his interview with the Financial Times, Microsoft Founder strongly showed his disagreement to Tim Cook’s claims that the backdoor to encryption would set a prototype both for the International State Players and the Justice Department looking forward to meddling in consumer’s digital privacy.

For its subject, Tim Cook and Apple contend that even the mere existence of the concept of backdoor to encryption will inherently weaken the safeguards for iOS in future, which is the reason why Apple is consistently opposing government’s decision.

The iOS giant has been working with officials since January on the San Bernardino investigation, and so far, has provided law officials with the entire iCloud backup data, which is associated with the device belonging to the accused Farook.

In order to support Tim Cook and his company in their fierce battle with the FBI and government over backdoor to encryption, Fight for the Future, a digital rights group, has been consistently organizing rallies across the United States. The next round of these support rallies will take place nationwide in 30 cities today, which is 23.02.2016, outside the Apple stores.

Rallies are planned for Apple Headquarters in Silicon Valley along with Apple Stores in larger markets, for instance, New York, Chicago, San Francisco, and Los Angeles to small market such as Anchorage. Supporters are also scheduled for a gathering in Hong Kong and Munich.

While Apple is collecting support from everywhere for its fight against the FBI, Americans love to make their own stand. Even though we back Tim Cook’s idea, there are many who no longer stand in the support. Pew Research Center’s new research suggests that a major portion of Americans believe that Tim Cook should assist the FBI. In a poll conducted last week, out of 1,002 adult individuals, 51% suggest Apple corporate with the FBI, while 38% believe Apple shouldn’t assist the FBI, and the remaining 11% have no idea.

So, have you formed your opinion? Do you feel Tim Cook is correct by not providing a backdoor to encryption for the FBI’s crucial investigation?