Tony Fadell is in talks to join Dice board to support further platform development and expansion.

UK-founded live ticketing platform Dice has raised $122 million in the latest funding round. SoftBank and former Apple and Nest executive Tony Fadell are leading the investment.

A part of the teams involved in the development of iPod and iPhone, Tony Fadell will be joining the DICE board to support further platform development and expansion into venues.

The live music industry has seen a recovery after taking a severe hit during the pandemic.

The London-based Dice was launched in 2014 by music industry veteran Phil Hutcheon. The app was launched as an alternative to Ticketmaster, the dominant leader in the industry, which charged very high fees, both from the performers and audiences. 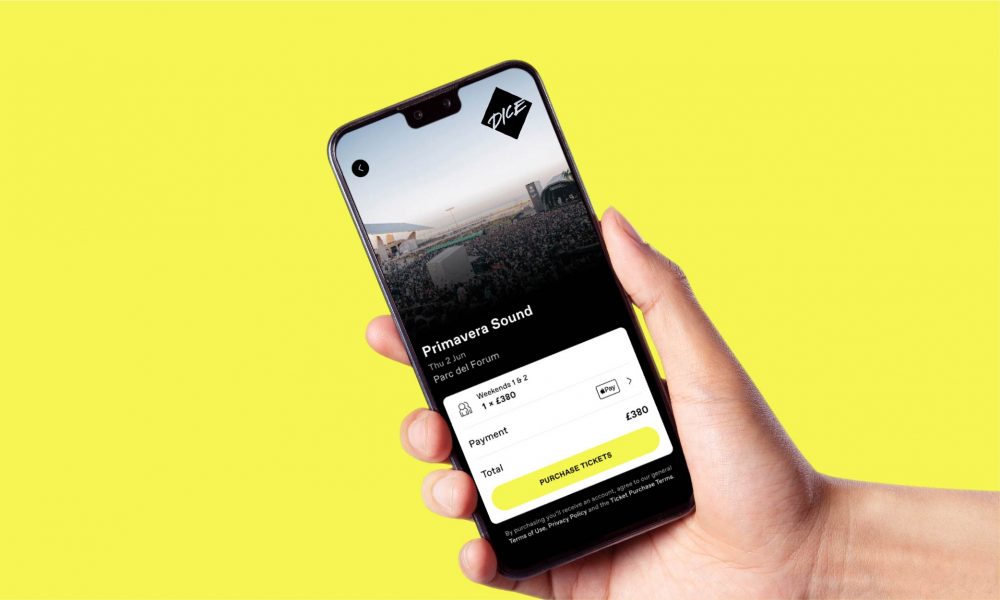 Dice works with over 3,600 venues, festivals and promoters globally.

With the additional funding, DICE says that it will “significantly grow the company” by expanding reach to artists, fans and venues, while hiring new team members, adding to its live stream offering, and launching what it calls “an ambitious artist development program” that will see the platform work with more artists directly on their live strategy.

Dice works with over 3,600 venues, festivals and promoters globally. The company says that it has differentiated itself from competitors with its focus on “repeat fans” and its Discovery algorithm, which it says is responsible for over 40% of tickets sold. The app company believes that at its current growth rate, 49,000 artists and creators will use the platform by the end of 2022.

Dice is live in seven countries, including the UK, France, Italy, Spain, Australia, the US and India.

Dice offers an upfront pricing and a “wait-list” system that prevents reselling, as well as giving personalized recommendations of forthcoming gigs to its audience. During the pandemic, artists including Lewis Capaldi and Nick Cave used Dice’s paid live-streaming service to perform virtually for fans. The app has powered over 6,400 live streams to date.

Thousands of concerts and festivals were canceled in live venues due to the pandemic in the last one and a half years. “The ugly underbelly of the entertainment world was fully exposed with Covid-19,” said Fadell. “Artists couldn’t get paid, fans couldn’t get refunds on their tickets.”

Most performing musicians make half of their income from live concerts. TicketMaster’s “monopoly” has “totally screwed up” the live music industry, Fadell said, which was increasingly important now that touring and merchandise provide the lion’s share of artists’ income.

Dice has somewhat changed the way these live tours are handled by providing audience data to managers and venues to help them plan their tours.

“They [artists] need to be in control, like they are with their songs and performances,” Fadell said.

The pandemic helped the industry veterans to consider switching to a new model and try out apps with more data and deep tech services.

Phil Hutcheon, CEO of Dice, said, “A lot of people had time to really reflect and think about what was wrong with the industry and how they could fix it. When things are super-busy, the switching costs are very high.

“We’re overhauling an unfair, inefficient system by pioneering a transparent, data-led, fan-first approach – building a scalable ecosystem that helps artists, promoters and venues thrive. To have SoftBank as a partner enables us to expand into every market.”

Alongside SoftBank’s Vision Fund 2 and Fadell, other investors in Dice include French billionaire Xavier Niel and Mirabaud Private Equity. The latest round values the company at $400 million.

Fadell runs a fund called Future Shape and has backed more than 200 start-ups.