Thyssenkrupp to slash roughly 10% of its workforce

The German conglomerate has continued to bleed cash in the current year.

Thyssenkrupp will slash 11,000 jobs, roughly 10% of its workforce, as the conglomerate’s ailing steel business bleeds cash. The pandemic has increased pressure on one of Germany’s biggest industry leaders to speed up the sale of underperforming units.

“We will have to move further into the ‘red zone’ before we have made Thyssenkrupp fit for the future,” Chief Executive Officer Martina Merz said. “The next steps could be more painful than the previous ones. But we will have to take them.”

Thyssenkrupp is due to report annual results on Nov. 19. The embattled conglomerate is expecting an adjusted operating loss of 1 billion euros.

Earlier this year, Thyssenkrupp sold its elevator division to private equity firms for $20.4 billion (17.2 billion euros). The sale brought a new lease of life to the cash-strapped conglomerate. The payout was used to pay billions of euros in debt and fund pension liabilities. 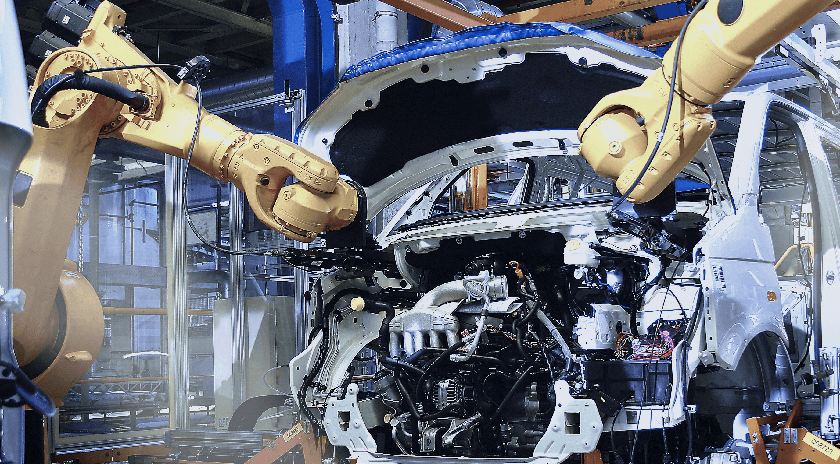 If need be, the heavily unionized German conglomerate may even take to redundancies.

Even as one of Germany’s top industry leaders, Thyssenkrupp has continued to bleed cash in its remaining businesses. Free cash flow, excluding income from mergers, collapsed to negative $6.5 billion (5.5 billion euros) in its most recent financial years, which ran to the end of September.

The beleaguered conglomerate has cycled through three chief executives in 15 months. It is now under the new leadership of an outsider, former Bosch executive Martina Merz, who gave up the chairmanship of the company’s supervisory board to take over in October 2019.

It is now under the leadership former Bosch executive Martina Merz since October 2019. In May, Merz announced a deep restructuring plan that would result in smaller divisions – with combined sales of more than $7.10 billion (6 billion euros) a year and 20,000 employees. The remaining business units would run under a loose holding structure.

Today’s layoffs bring the total number of job cuts to 11,000. If need be, the heavily unionized German conglomerate may even take to redundancies.

“The next steps could be more painful than the previous ones,” Merz said, “but we will have to take them.”

In recent years, the German conglomerate has struggled to keep up with cheaper imports from Asia and elsewhere. This has results in a humungous business loss in the auto industry. The automotive sector, which is forecast to contract by almost a quarter in 2020, accounts for roughly 40 percent of Thyssenkrupp’s steel sales.

Christy Gren
Christy Gren is an Industry Specialist Reporter at Industry Leaders Magazine she enjoys writing about Unicorns, Silicon Valley, Startups, Business Leaders and Innovators. Her articles provide an insight about the Power Players in the field of Technology, Auto, Manufacturing, and F&B.
« Panasonic, Equinor and Norsk Hydro to Make Big Battery in Europe
Upcoming IPOs: All you need to know about Roblox’s IPO plans »
Leave a Comment
Close