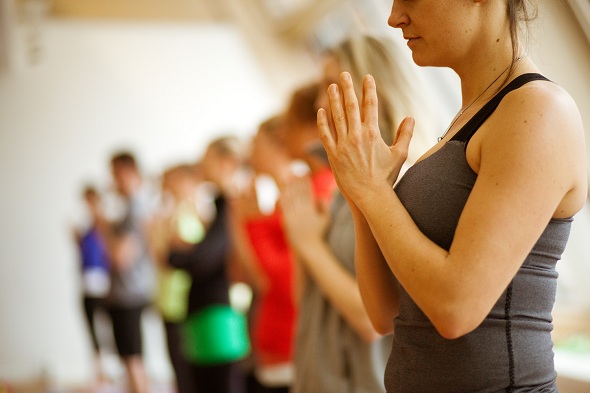 The lifestyle wearable uses neurosignaling algorithms, which are brain waveforms that signal neural pathways, to optimize and shift people’s state of mind in areas related to calm, energy or focus.

People traditionally take to exercise, Coffee, yoga or drugs to alter their mood when looking to get a bit more energy during the day or to calm their thoughts in a bout of anxiety.

Los Gatos, California-based Thync is a startup looking to give consumers another avenue to change their mental state. It has developed a new Internet-connected wearable device that aims to help people feel energetic, calm or focused and has raised nearly $13 million in a round led by Khosla Ventures.

“The Thync team is working hard on introducing neuroscience to 21st century engineering,” Thync co-founder Dr. Jamie Tyler said in a statement. “For the first time, we are able to target and optimize neural pathways and brain circuits for personal benefit. Thync technology converges on many of these same pathways to achieve positive effects.”

“We believe that when you conquer your mind, you can conquer your day,” said Thync co-founder Isy Goldwasser.

The startup is the first to consolidate neuroscience with the growing sector of consumer wearables, which also include Google Glass and Apple’s new iWatch to enable people to swiftly and easily transition from a busy day to a calm time with family, or from the 3 p.m. daily droop to an energized evening out, according to a news release. Thync attempts to wean people from energy drinks, alcohol, coffee and other stimulants and depressants, which is a $12.5 billion per year industry, using electrical waveforms and neuro-signaling algorithms.

Thync was co-founded in 2011 by Goldwasser, a longtime entrepreneur, and Jamie Tyler, a chemical engineer by training, and an associate professor in the School of Biological and Health Systems Engineering at Arizona State University.

Consumers won’t be able to purchase the gadget any time soon as Thync has been conducting clinical trials in a Boston office for the past 18 months in more than 3,000 sessions involving 2,000 people. Since the company is still developing the product it is possible that it could be altered to work with a broad range of users. The company joins a $7 billion wearables market.