TAGS:
bond-buying of European Central Bankgrowth in dollarvalue of the euro 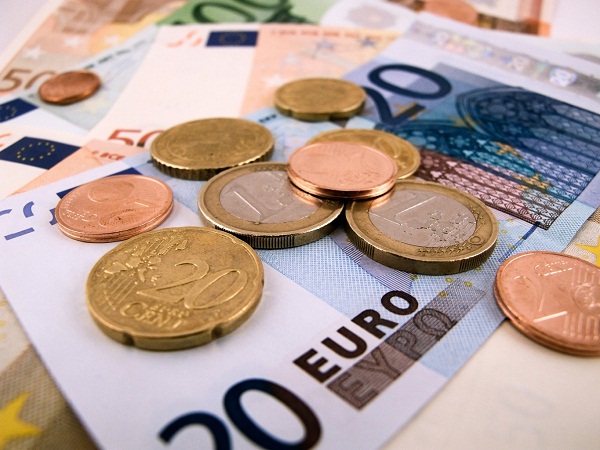 On the 26th of October, the value of the euro did not change much compared to the growth in dollar even after three consecutive days of losses, even while doubts arise whether Spain would request a bailout and concerns over Greece were likely to burden the currency.

The fourth biggest economy of the eurozone, Spain requested for assistance and this is believed to have a positive impact on the euro since it would facilitate the bond-buying of European Central Bank. This would help to lower the borrowing costs of the entire country which is highly burdened by debt.

Even though the euro happened to be down by 0.7 percent on the week, it still rose up by 0.6 percent till now in the month of October. Apart from Spain, shareholders felt uneasy regarding the ability of Greece to secure one more loan from the creditors.

Economists believe that everyone is gearing up to handle the worst with the ongoing weakness in the eurozone. If Spain is not able to acquire a bailout and the bond-buying of European Central Bank does not continue, the recession of the eurozone will continue and the country will not be able to rise from it anytime soon.

The growth in dollar, which was much greater than expected in the United States, helped to calm some concerns regarding the growth in dollar around the world. The Department of Commerce stated that the GDP of the US increased at an annual rate of 2.0 percent in the third quarter.

The data indicating the growth in dollar which is favourable tends to increase the appeal of more risk assets along with the trend of firmer data in the US hurting the greenback which should continue at the present, as per Vassili Serebriakov who is the economic strategic at the renowned firm, Wells Fargo in New York City. According to him, the positive impact of the economy in the US has been counterpointed by the concerns regarding the fiscal cliff prior to the Presidential Elections in the US along with enduring uncertainties surrounding Spain and Greece.

The European Commission which facilitates the bond-buying of European Central Bank stated in a joint statement that Spain happened to be on track to solve the troubles in its economic sector, but it is in need of further decisive action to confront challenges involving a few banks.

In addition to all this, the IMF claimed that crucial progress was being carried out in reforming the financial sector of Spain. The bond-buying of European Central Bank has been supported by the Prime Minister of Italy who wants to postpone a bailout until the regional elections are completed in the month of November.

US Federal Reserve is charging investors with inflationary pressures by putting up interest rates to create a response to the surging inflation.
46 mins ago

Here are a few new year’s resolutions for entrepreneurs who wish to accomplish their goals for the better.
24 hours ago