FBI alert: Banks could lose millions of dollars in a major ATM scam

The FBI is currently planning to have a fully operational facial recognition system in place, which could contain a massive 52 million images by 2015, a big jump from the 16 million the database contained in the middle of 2013. 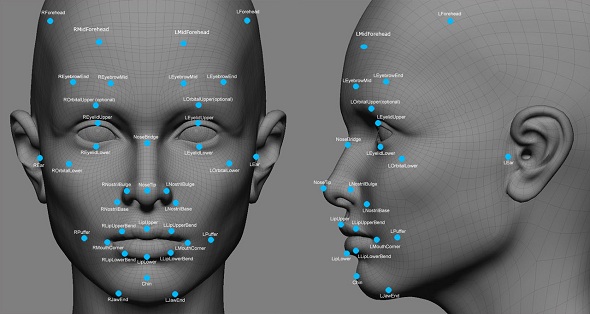 By 2015, the system will contain up to 52 million images that will help identify individuals of interest. Out of these, 46 million will come from criminal images like mug shots

Documents regarding the construction of FBI’s Next Generation Identification (NGI) database, which may hold data on as many as a third of all Americans was released in response to a Freedom of Information Act request for details from the Electronic Frontier Foundation (EFF), which claims to be a non-profit organization that safe guards civil liberties in the digital world. The documents revealed that the database can be searched tens of thousands of times every day.

Besides that the documents also showed that database had nearly 4.3 million images that were obtained for non-criminal purposes. Frontier Foundation (EFF) has said that it is concerned that pictures of innocent people will be stored alongside images of criminals.

Jennifer Lynch, a senior staff attorney at the Electronic Frontier Foundation said that the system will be able to question a database of photos to establish the identity of individuals based on their outward form even if they do not have a criminal history.

The NGI database comprises nearly 100 million total records, which has fingerprints, retinal scans, iris scans, facial imaging, scars, marks, tattoos and palm prints. The planned expansion will include people’s faces to the system, along with other information like name, age, race and address. The database is shared with federal agencies as well as some 18,000 local, tribal, and state law enforcement agencies across the United States.  The FBI says it will help them in tracking down terrorists and criminals.

By 2015, the system will contain up to 52 million images that will help identify individuals of interest. Out of these, 46 million will come from criminal images like mug shots; 4.3 million from civil images including those jobs that require a background or fingerprinting check from employer, who send those prints to the FBI for its civil database; and 215,000 from the Repository for Individuals of Special Concern.

However, the FBI documents do not reveal exactly where the other million or so pictures would be sourced or where the data comes from, who has access to them and what rules govern them. This will likely raise consumer privacy concerns, as those individuals who have never been arrested for a crime will most likely want to be kept out of the database unless the FBI wants them there for a reason.

The linking of criminal and non-criminal databases might be a cause for concern as there is a risk of falsely identifying someone as a criminal for crimes they didn’t commit, which means a person required to submit a photo as part of an employer background check could appear in search results and could be implicated as a criminal suspect, simply by virtue of having a picture in the non-criminal file, says the EFF. While the FBI document says that the system will consider it only as an investigative lead rather than make a positive identification and hence there is no false positive rate.

While Facebook and Google Glass have come under scrutiny recently for the potential misuse of facial recognition technology, how the government will be kept in check remains to be seen.