Even today, the idea of implanting a microchip under skin feels more utopian than practical. Only a group of transhumanists who focus on boosting our physical, intellectual, and psychological capabilities beyond what humans are biologically capable of could embrace this technology enthusiastically. Perhaps this is one of the reasons why Sweden is at the forefront of the biohacking scene. The Swedes have seemingly no concerns about showing their personal information that’s registered with the nation’s social security system.

Nearly 3,500 people in Sweden have opted for implantation of tiny microchips under their skin, Lund University digital culture lecturer Moa Petersén writes in Quartz. These are the same chips that have been used for decades to track packages and animals. The chips, typically the size of a grain of rice, are inserted into the skin right under the thumb using a syringe. The procedure costs about $180. 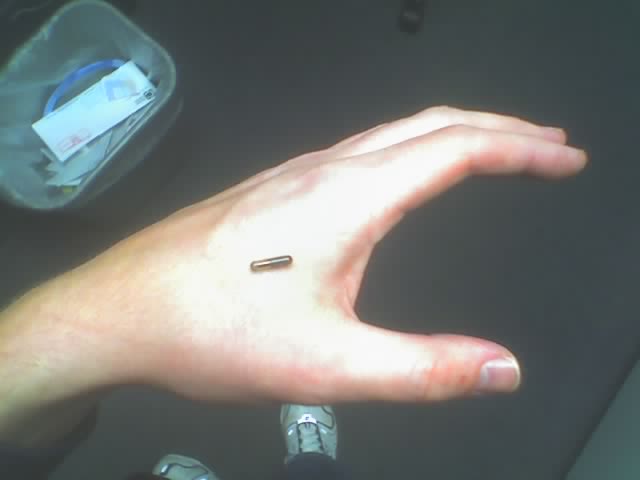 Swedes have been most active in implanting microchips under their skin among other European nations that offer the service, which has been available since 2015.(Photo Credit: Amal Graafstra)

Swedes have been most active in implanting microchips under their skin among other European nations that offer the service, which has been available since 2015.

The microchips use near-field communication (NFC) technology and can function as contactless credit cards, entry key codes, key cards, access to printers, and even state-owned SJ railcards. The NFC technology allows the chips to hold data that can be read by others devices but can’t read information themselves. The government is supporting this initiative to encourage more people to get a microchip underneath their skin.

The trend has also seen an uptick in other countries. In Australia, a technology festival called Pause Fest attracted media attention for giving VIP guests all-access pass in the form of injectable microchips. Thousands of Germans have received microchip implants in recent months, including one man whose implant contains a link to his last will and testament.

Critics of the microchips warn that the implants could cause “infections or reactions of the immune system.” Not to mention the chips invade an individual’s privacy so they can give you every single information about your whereabouts. For example, if you want to go off the grid, you’ll have to dig the chip out of our skin. Microchips don’t have added security measures which make one’s personal information vulnerable to being hacked.

Anna Domanska
Anna Domanska is an Industry Leaders Magazine author possessing wide-range of knowledge for Business News. She is an avid reader and writer of Business and CEO Magazines and a rigorous follower of Business Leaders.
« Elon Musk’s Boring Company will open the first tunnel for test rides by December
Tesla’s profitable Q3 provides roadmap for the next quarter »
Leave a Comment
Close