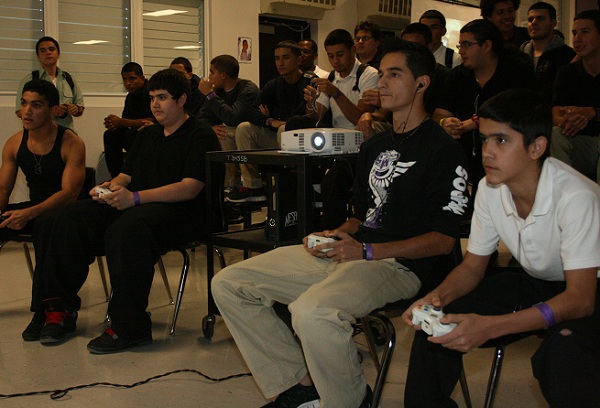 The London Olympics led up to a spectacular finale this past Sunday. As one sporting event came to a close, a rather different kind of gaming tournament entered the final stages of its preparations. Droves of professional video game champions travelled all the way to Cologne, Germany this week in order to take part in the Intel Extreme Masters (IEM) competition which is one of the foremost professional video game championships that runs through the 19th of August.

The comparatively new field of eSports or professional electronic gaming has met with increasing popularity across the globe in recent times. While South Korea and Germany are the two of the most lucrative markets right now, the United States has begun to catch up rather quickly.

Professional gamers are able to earn a considerable amount of money, not only through their earnings which can range anywhere between $20,000 to $100,000 but are likely to get a more tidy sum in winnings. They seem to have other methods of earnings in the form of teaching, product endorsements and sponsorships. Developers of videogames assert that taking part in an event is responsible for providing the popularity of a game with a much-needed boost.

The IEM event taking place in Germany at the moment is believed to draw a crowd of more than 250,000 fans which happens to be almost 10 percent more than the attendance of last year. Some of the best videogame players in the world contend against each other in popular games like ‘StarCraft II’ and ‘League of Legends’. More than 20 million people will tune in from over a 180 countries to catch a live stream of the event on the Web which is offered by ESLTV, TwitchTV and CBS Interactive Games.

In June, the Anaheim Convention Center located in California was jam-packed with over 20,000 fans who came to view gamers compete over the total prize money of $200,000 in the Major League Gaming Spring Championship. A further 35 million viewers tuned in online for matches involving games like ‘Soul Caliber V’, ‘Mortal Kombat’ and ‘The King of Fighters XIII’.

There happens to be a number of gaming leagues in the form of the IPL or IGN Pro League, Dreamhack, ESL or Electronic Sports League as well as a few multiplayer championships which have been set up in a way as to copy any kind of professional sports tournament.

According to professionals, the major reason why eSports are so popular today is because of the phenomenon of Internet streaming. Streaming has provided a large scale global platform to view matches live or recorded during any phase of the day.

Many games developed by companies like Blizzard Entertainment have gained success as a spectator sport due to the presence of features that gives fans the opportunity to view the competition live in arenas, at home from the net or in areas like sports bars. Social media has also acted as a major factor in the growth of gaming leagues by allowing pro players to get in touch with their fans and even compete against them for fun.