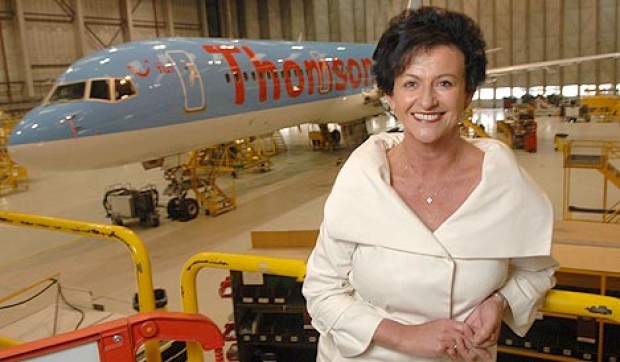 Calling on the airline industry and government to work together to develop a framework that facilitates the wider use of this sustainable fuel, Thomson Airways has said that the first flight will be operated once the “stringent testing process has been completed and final safety clearance has been received”.

The company hopes weekly flights will follow on the same route September onwards.

Stating a firm commitment towards sustainable aviation, Thomson Airways, owned by Europe’s biggest tour operator TUI Travel, has said the flights would operate on a 50/50 blend of Jet A1 fuel and hydroprocessed esters and fatty acids (HEFA) fuel made from used cooking oil.

SkyNRG, a company based in the Netherlands, which operates on the mission of helping “create and accelerate development of a market for sustainable jet fuel. Fuel which is safe, sustainable and affordable”, will supply the fuel to Thomson Airways.

The existing premium at which sustainable biofuels trade, as compared to conventional jet fuels, makes it difficult for the airline industry to afford biofuels. While announcing their initiative of operating flights using biofuels, Thomson Airways has also urged UK and EU governments to actively explore and encourage the use of, and investment into, sustainable aviation biofuels.

Managing Director of Thomson Airways, Chris Browne, said about this landmark announcement: “Sustainability is key to this investment. Sustainable biofuels offer us the opportunity to improve our own individual environmental performance as well as contributing to the UK’s carbon reduction target.

Thomson Airways and SkyNRG have come together for this venture given their shared keenness regarding the adoption of “green routes” by airlines, which they firmly believe will help accelerate the development of sustainable and affordable jet fuels.

Currently operating one of the highest load factors in the UK aviation industry, Thomson Airlines is known for being amongst the forerunners in context of making the most efficient use of its fleet and of the airport slots made available to it.

With an emission rate of 75g CO2 per passenger kilometre flown, according to the company’s records, emission rates associated with Thomson Airlines flights are significantly lower than average emission rates for both low cost and full service scheduled carriers.

Regarding the recent announcement by Thomson Airlines, Aviation Minister Theresa Villiers said: “I very much welcome Thomson Airways’ announcement and wish them well with this project. The Government believes that sustainable biofuels have a role to play in efforts to tackle climate change, particularly in sectors where no other viable low carbon energy source has been identified -as is the case with aviation.

“We want aviation to flourish and grow but we have also been clear that the environmental impacts of flying must be addressed. I welcome the efforts being made by the UK aviation and aerospace industries to drive forward the technological change we need to tackle this challenge effectively,” she added.