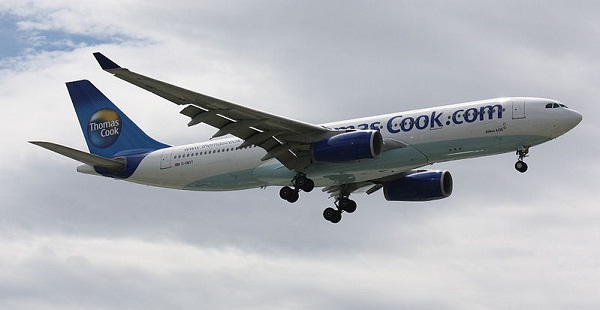 Here it comes after long talks, Thomas Cook Group Plc has announced that it reached a deal with GE Capital Aviation Services (GECAS) and its one step closer to have a new shining fleet. Its fleet renewal programme is part of the tour operator’s turnaround strategy aimed at improving its dented performance.

On the 29th of May, Thomas Cook Group Plc informed that it reached an agreement with the General Electric Capital Aviation Services, thereby bringing it one step closer to boasting about its new fleet. The reached agreement with GE is undeniably a success of the Thomas Cook’s fleet renewal programme.

Interestingly, in a move aimed at cost reduction, Thomas Cook, which is the world-known 172-year-old travel operator, underlined that first GE Capital Aviation Services (GECAS) would purchase six A321, which were supposed to be acquired by the struggling group itself, and then these units would be leased by the iconic travel company for 12 years.

According to the released information, four of the planes will be delivered in the first three months of 2015; the remaining two will join the previous hauls in the second quarter.

The reached agreement with GE Capital Aviation Services (GECAS) adds to the signs that the company is successfully renewing its fleet. Later in May or at the beginning of June, the world-known tour operator is due to get its first new A321 from Germany.  Thomas Cook Group Plc aims to gte rid of 23 planes and replace them with something better and newer. As of yet, the tour operator is in possession of 85 aircraft.

Commenting on its fleet renewal programme, Cook Thomas Group Plc once underlined: “Upgrading the fleet in this way not only improves passenger comfort but will improve efficiency and reduce fuel burn and CO2 emissions as part of our ongoing commitment to environmental sustainability.”

But that is not the last of changes introduced by Thomas Cook Group Plc as the company plans to integrate its four airlines in the UK, Belgium, Germany and Scandinavia into one unit which will be simply more profitable. The combination is also driven by the company’s aims to boost its performance by strengthening purchasing power. But the move will also reduce significantly costs as well.

Thomas Cook has been struggling but it seems that the “flip-flop plan”, which was designed by Harriet Green, has started bearing fruits. The fact is that the company is concentrated on the implementation of the plan as it simply wants to stand on its feet.

Undeniably, the fleet renewal programme with the combination of the company’s airlines is part of the wider turnaround strategy. The company simply has to become more competitive and cost-cautious as it wants to stay at the top.

What is important is the fact that the company has already witnessed a substantial improvement since Harriet Green took the helm. But all commitments and improvements are designed to bring further progress to the company.

Christy Gren
Christy Gren is an Industry Specialist Reporter at Industry Leaders Magazine she enjoys writing about Unicorns, Silicon Valley, Startups, Business Leaders and Innovators. Her articles provide an insight about the Power Players in the field of Technology, Auto, Manufacturing, and F&B.
« Chevron rather optimistic about its Australia’s LNG projects
Buffet satisfied with $5.6B NV Energy purchase »
Leave a Comment
Close