Enbridge in rush to clean its oily mess in Wisconsin

Twenty years ago, the conventional wisdom was that oil spills did the most damage in the first weeks, as fresh oil brimming with toxic substances killed many marine species. But disasters like the Exxon Valdez in 1989, the Gulf War in 1991, the Ixtoc 1 in Mexico in 1979, the Atlantic Empress Oil Spill in 1979 and the Amoco Cadiz in France in 1978 – all studied over decades have allowed scientists to come to the dreary conclusion that the oil is hiding in pockets where it can still do innumerable damage over many years.

But how long will it last?

The greatest reason for optimism is demonstrated by researchers at Flinders University in Adelaide, who have created a super sponge that can clean up oil spills. The new floating material that acts like a “sponge” has the potential to absorb oil floating on the ocean’s surface.

The polymer is made from used cooking oil and sulfur, a by-product of the petroleum industry. Cooking oils and sulfur are hydrophobic, meaning they repel water and have a natural affinity for hydrocarbons like crude oil. 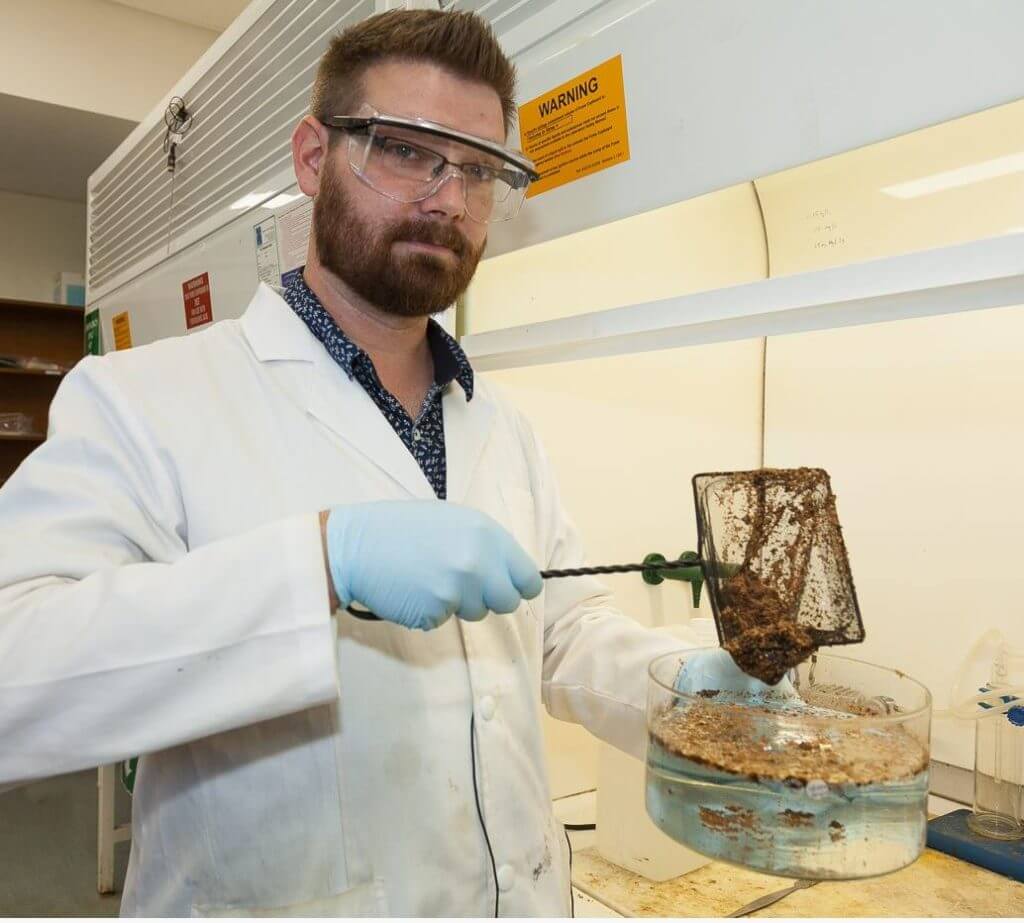 Dr Chalker demonstrates the polymer sorbent in the Chalker Lab at Flinders University.

As per a laboratory demonstration, it takes less than a minute for the polymer to absorb the crude oil, forming a floating cluster that is removable with a net.

There are two ways the polymer can be used to clean oil spills. “You add the material directly to the oil and it aggregates and allows you to scoop it up with a new,” says Justin Chalker, lead researcher in synthetic chemistry at Flinders University.

According to the International Tanker Owners Pollution Federation, about 7,000 tonnes of crude oil were spilled into oceans last year. Inexpensive methods such as a super sponge moping oil and diesel spills could be used in parts of the world such as the Amazon Basin in Ecuador and the Niger Delta that don’t have easy access to solutions to major oil spills. 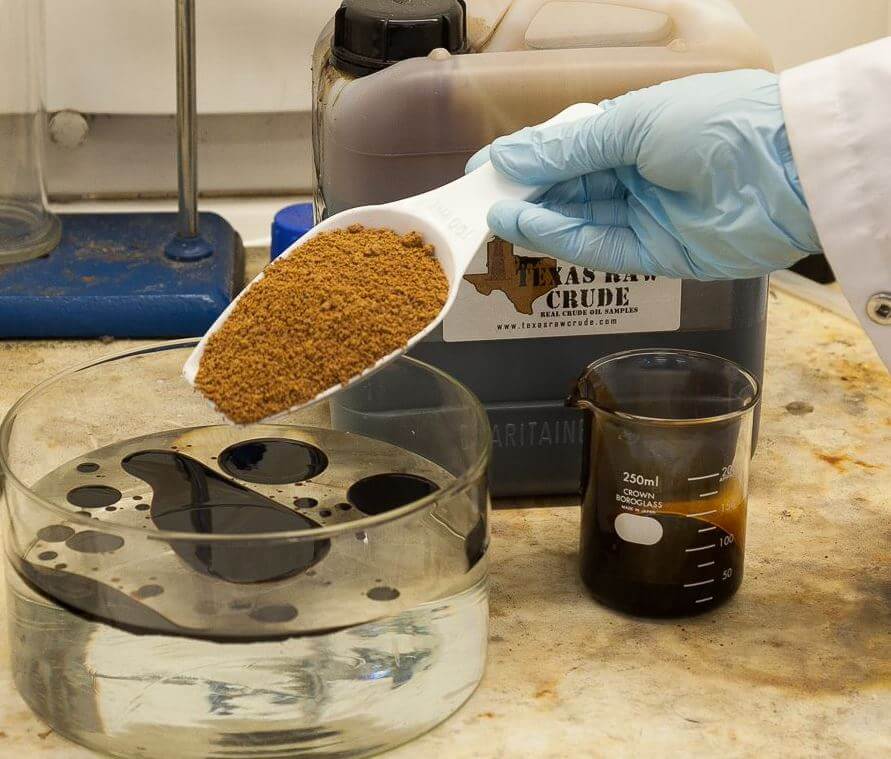 Dr Chalker adds the polysulfide to the crude oil sample.

A recent oil spill on the Indonesian island of Borneo prompted the authorities to declare a State of Emergency. Chalkner points to the effect of large-scale spillage catastrophes as the reason for their research and potential use in the field. The world’s largest oil spill, BP’s Deepwater Horizon in 2010, released 4.9 million barrels of crude oil into the Gulf of Mexico, costing $65 billion to clean up.

A new class of low-cost and scalable oil sorbents could enable efficient remove and recovery from catastrophic oil spillages.

Anna Domanska
Anna Domanska is an Industry Leaders Magazine author possessing wide-range of knowledge for Business News. She is an avid reader and writer of Business and CEO Magazines and a rigorous follower of Business Leaders.
« Eni wants to turn Italy into a European Gas Hub
Ben Sillberman: The Non-Techie Who Built the World’s 3rd Most Popular Site »
Leave a Comment
Close