There are two things in New York, business and success 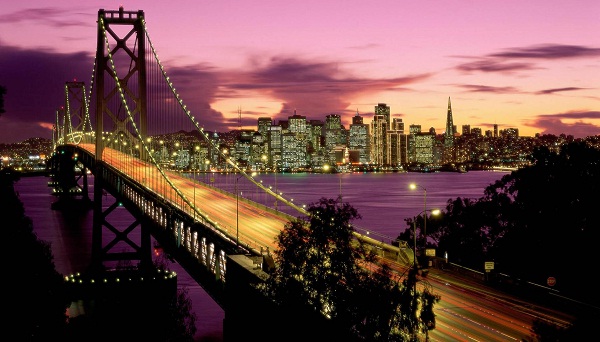 “I think New York is not the cultural center of America,

but the business and administrative center

Who has not even once sung the well-known verses:

“I want to be a part of it
New York, New York

Even though many years have passed since Frank Sinatra’s song New York, New York had its debut, its verses are still actual. Certainly, New York can be described with many words but homogenous. The city, which seems to be magical as it lures businessmen, tourists and those who want to just simply live there, is full of opportunities also for business.

New York, which is the only American city that includes as many as five separate counties, has been known for inflexible regulations, Byzantine tax laws as well as enormous bureaucracy. Yet, it is worth underlining that due to the access to the public advocate’s office, it is uncomplicated to get the help to translate the city language into the business language. In addition, neighborhood business improvement districts let business owners negotiate with the city all together. Therefore the statement of Henry Ford’s that “New York is a different country. Maybe it ought to have a separate government. Everybody thinks differently, they just don’t know what the hell the rest of the United States is;” is not surprising to many businessmen who have been doing business or just want to do business in New York.

But after all, New York is considered one of the better business destinations in the world. As New York has this magical power and it is New York, people just want to launch or have a business there. New York, the better business destination, has been a symbol of entrepreneurial opportunity for numberless years. Everyone falls in love with New York, even hard-hearted businessmen find it impossible to imagine themselves doing business anywhere else in the globe.

And it seems that it is true that New York has it all, including hard work with work flexibility, high culture with high work ethics, leading academics, not to mention best business ideas.

Growing competition around the world has not changed the fact that American cities are still considered better business destinations as they have abilities to attract business, capital, talent and tourists as well. Many rankings, including the survey conducted by Citigroup, show that American cities with New York in the vanguard are better business destinations when it comes to measuring economic strength, human and physical capital, financial maturity as well as global appeal.

Analysts agree that New York as the cognoscible better business destination has legacy advantages that make it attractive for business. Without a doubt, New York lures top talent from across the globe, thus encouraging businesses to make the City that Never Sleeps their home.

But many rankings also take into consideration the size of the city’s middle class, which sometimes is defined as the share of households whose annual consumptions exceeded $14,000. In addition, New York is often as a top place to do business as it is known for its economic strength. The indicator of economic strength carries more weight than other markers, which are taken into consideration in different indexes.

While commenting the results of one ranking, Michael Rubens Bloomberg, the current mayor of New York, underscored the city’s magical power, stating: “New York City’s position at the very top of this list is no accident. It’s due to the investments our administration has made and the world-famous ingenuity and creativity of New Yorkers.”

New York as the better business destination is also said to be the most competitive city in the world, according to research by Citigroup and the Economist Intelligence Unit.

So what seals New York’s successful fate? New York as one of the best cities to do business in the world has talent which simply lures capital. According to analysts, this way development is assured far more effectively.

And New York City has been doing whatever it takes within its power to draw that talent as Big Apple aims to maintain the title of the better business destination. Therefore the city has applied a multi-level and complex approach, including the improvement of life quality, investment in development as well as infrastructure. But New York also encourages innovation and economic competitiveness as the city is convinced that these qualities are a key to success.

The creation of a pro-growth and pro-business conditions is aimed at making it easier to launch, manage and develop business in the city. According to data, as many as 200,000 small businesses employ over the half of New York’s private sector labor force. Therefore the small business sector is an essential element for the New York’s vitality. Back in 2002, New York City created the Department of Small Business Services which is entirely dedicated to serving small businesses.

Big Apple plows in inter alia public transit, cultural amenities, human capital, education and public safety as well. But the city’s authorities do not forget about other things as important as these aforementioned, namely sustainable energy production and conservation. These investments make New York City the better business destination which is the place to do business – nothing to sneeze at.

In addition, innovation is crucial key to Gotham. So not surprisingly, New York has been recently engaged in updating a phone booth agenda which is expected to empower the mobile worker world. Analysts believe that the move will certainly impact the business center by making it more competitive in the globalized business world.

The New York’s position as the better business destination is, however, at stake. The world is changing and preferences are changing as well. New countries and new cities are becoming more important as the political and economical center of inertia is shifting from West Hemisphere to East Hemisphere. New cities are becoming new business centers and better business destinations as they notice opportunities for development.

Gotham has noticed that cities all over the world are investing to strengthen their competitive positions. Everything indicates that New York is soon to be challenged by cities which are willing to take its spot of the better business destination.

James Parrott, chief economist at the Fiscal Policy Institute, underscores  the consequence of the ongoing shift, pointing out that if New York wants to remain the place to do business, the city has to do everything to stay a really open society as this makes it so special. He believes that politicians are not entirely aware of the current change in the world which has already started affecting the position of New York and other American cities as the better business destinations. New York and its position are at risk.

Beijing and Shanghai are said to emerge as potential rivals of New York and other traditional better business destinations in the next decade or two. Once Benjamin Disraeli said: “The secret of success is constancy of purpose,” therefore Big Apple needs to engage in the fight if it wants to maintain the title of the World’s Financial Capital.

Anna Domanska
Anna Domanska is an Industry Leaders Magazine author possessing wide-range of knowledge for Business News. She is an avid reader and writer of Business and CEO Magazines and a rigorous follower of Business Leaders.
« Carl Icahn Claims 13% Stake in Herbalife
Compelling Leadership Vision »
Leave a Comment
Close