Cars are no longer objects for conveyance alone, but icons to identify with class. Every day, new features are being incorporated to follow up with modern technologies and for the satisfaction of the car users. With most of the expensive cars being ordered before production, the rich collectors who purchase the cars on this list or something similar are always confident to share the dignity of having such cars with just a few persons. This is because their productions are always very limited considering the number of individuals who can afford them. And more often, options are open for some accustom designs such as decorations with diamonds or rubies, during production.

Ordinarily, having enough money available doesn’t guarantee that one can buy the cars on this list – a connection is also required, as most of the manufacturers are mostly interested in some clients. Anyone could say that the pleasure of having any of the cars listed here is more when the user is outside the car than anything on the inside. Below is our compiled list of the world’s most expensive cars in 2018.

Chiron was manufactured as the successor of Bugatti Veyron. It has a total power of 1,479 bhp from its updated W16 engines and a torque of 1,180 lb⋅ft, starting from 2000rpm. This makes Chiron one of the fastest cars in the world. The car can accelerate up to 400km/h within 32.6 seconds. Its top speed has not been ascertained but it’s believed to be around 463km/h, and the car’s electronic speed meter has a maximum of 420km/h. While on the speed of 400km/h, Chiron requires just 9.4 seconds to break to a standstill. The car’s body structure is carbon fiber with a stiffness of 50,000 Nm per degree. 200 Chiron units were sold before the car’s first delivery. 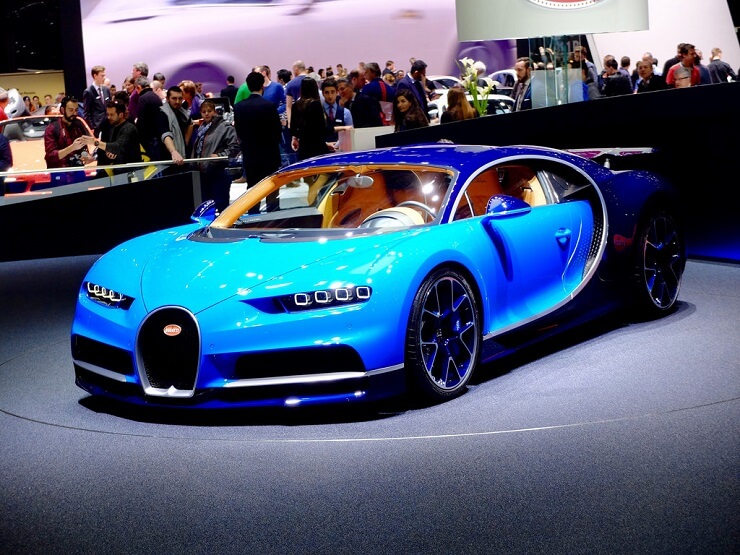 Pagani Huayra BC is a mid-engine sports car manufactured to succeed Zonda, but with a lot of differences due to an integration of aerodynamics. It’s a car that has won many awards since the concept in 2012 and the manufacturers limited the number of units to 100 because of their agreement with Mercedes-AMG, the engine supplier. Huayara has a total power of 720 hp delivered by a twin-turbo, V12 engine (6.0-litre) and a torque of 738 lb·ft. The car’s top speed is about 383 km/h with its acceleration up to 60km/h taking 2.8 seconds. Pagani Huayra is designed with a single disc clutch as a measure to reduce the weight of double gearbox design, and it uses a seven-speed sequential gearbox. 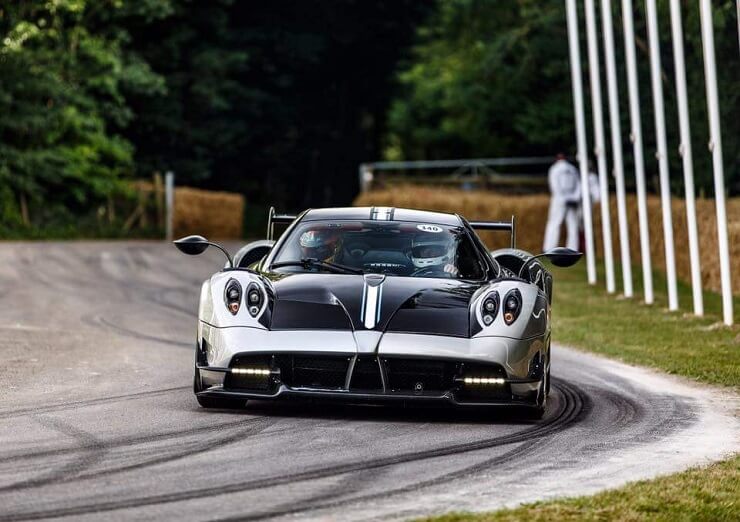 This is a supercar built by a Lebanese company in collaboration with Italian and French engineers. Lykan HyperSport is referred to as the third world’s most expensive car after Lamborghini Veneno and Maybach Exelero. Lykan HyperSport has a total power of 780 hp delivered by a 3.7-liter twin-turbocharged engine and a torque of 708 lb⋅ft. The car’s top speed is claimed to be 395 km/h with a capacity to reach 100km/h within 2.8 seconds. Only seven (7) units of Lykan HyperSport were manufactured from which the Abu Dhabi police force had purchased one. It is the first car to have jewels embedded in the headlights. The default design has a 420 diamonds (15cts) on the headlights with options to choose among rubies, yellow diamonds, sapphires, and diamonds. 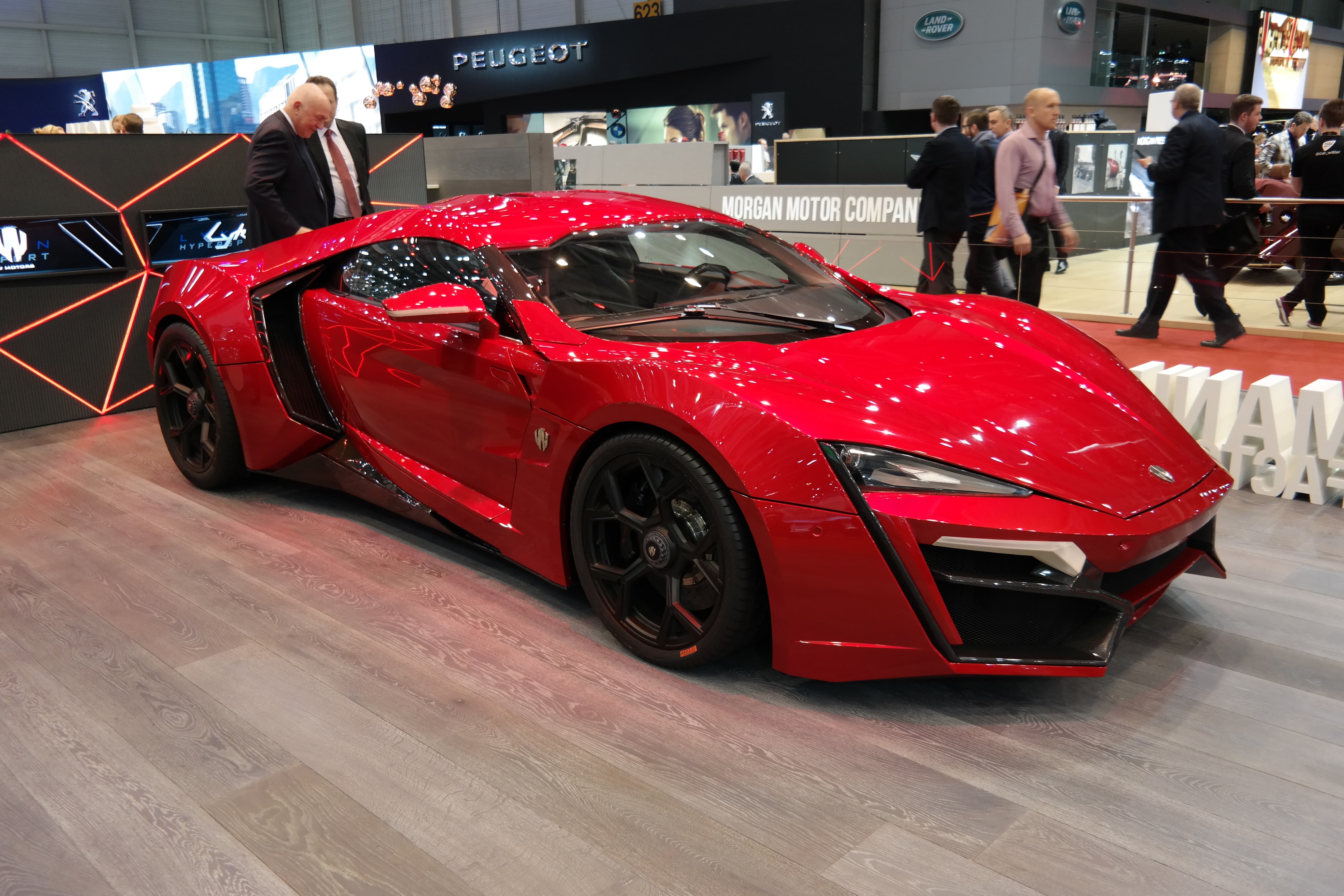 Aston Martin Vulcan is also referred to as AM-RB 001 or Nebula (code names). It’s a hybrid electric car set to be manufactured for supplies in 2018, by a host of many car manufacturers which primarily include Aston Martin and Red Bull Racing. Aston Martin Vulcan is dubbed the fastest street-legal car in the world as a car created from F1 nomenclature. The car will deliver a total power of 1,130 hp anchored by a 7-speed paddle-shift transmission, and the exhaust is said to come out near the engine. 150 units of Aston Martin Vulcan was planned to be produced, and only one pre-order has been confirmed for the car.

McLaren P1 GTR is a street version of the legendary P1 GTR. It’s designed to satisfy the cravings of individuals wishing to use a racing car on the road. The production was limited to 58 units although extra six was built in 2016 as approved by Lanzante Motorsport, the automotive company that converted the car for road use. It has a total power of 986 bhp produced by a twin turbo 3.8-litre V8 hybrid engine. P1 GTR has a great level of downforce, aerodynamics, grip, and performance in comparison to the ordinary road car. P1 GTR has a top speed of 362 km/h. It can reach up to 100km/h within 2.4 seconds, and weight to power ration of 1.44 kg/bhp.

Lamborghini Veneno was the world’s most expensive car when introduced in 2013 during the 50th anniversary of the manufacturers. Veneno was built as the successor of Aventador, the company’s previous model and the production was limited to 8 units, only five were built as examples among which one was used for testing, one for the company and three sold. Veneno has a total power of 740bhp produced by 6.5 L V12 engine. It has a total electronically top speed of 354 km/h and can reach a speed of 97km/h within 2.8 seconds. Veneno’s weight to power ratio is 1.93 kg/hp.

LaFerrarri Aperta is a convertible Ferrari unit with its removable soft and carbon-fiber hard top. The car was limited to 209 during its production in 2016 before additional units were built in the second quarter of 2017. This is the first mild hybrid model of Ferrari with the highest power efficiency, saving about 40% fuel consumption. LaFerrari Aperta has a total power of 789 bhp delivered by Ferrari F140 65° V12 (6.3-litre) engine and a torque of (520 lbf⋅ft) 6,750 rpm. It has a top speed of 349 km/h and can reach 100km/h within 2.4 seconds.

Maybach Exelero is a four-seater high-performance sports car manufactured by DaimlerChrysler in 2004. It has a total power of 700 hp produced by a twin turbo V12 engine (5.9 liters) built by Maybach-Motorenbau GmbH. The car has a top speed of 351.45 km/h and a torque of 250rpm. It takes Maybach Exelero about 4.4 seconds to achieve 100km/h with its total weight of 2660 kg.

Anna Domanska
Anna Domanska is an Industry Leaders Magazine author possessing wide-range of knowledge for Business News. She is an avid reader and writer of Business and CEO Magazines and a rigorous follower of Business Leaders.
« Everything you need to know about the all new 2019 BMW 740e
Renault-Nissan-Mitsubishi Pools $200 Million Fund to Invest in Startups »
Leave a Comment
Close