The World Remembers: A Visionary, A Mentor, A Genius, An Inventor 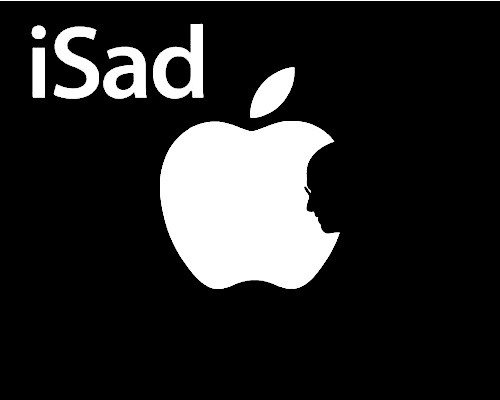 As the world comes to terms with the shocking and saddening news of Apple Inc., co-founder and legendary inventor Steve Job’s demise, tributes and homage’s to the great man pour in from all corners of the world.

As news of Jobs’ passing broke out, millions of people all over the world turned to their social networking pages to share their grief and express their sorrow over their shared lost of one of the most brilliant men the world had ever known. Young and old alike, people turned to Facebook and Twitter to give voice to their sorrow. From simple messages like, “RIP Mr.Jobs, you will be missed” to quotable quotes from the great man such as “Your time is limited, so don’t waste it living someone’s else Life” – Steve Jobs” to even some witty and out-of-the-box tributes that Jobs, the creative thinker, would have been proud of, like, “iCame iSaw iPod iPad iPhone iMac iCloud iRuled iQuit iDepart•RIP”- the online realm was flooded with messages from people all over the world. Steve Jobs had left behind a legacy in his death that is a great as the man’s life itself.

Never before has one man’s passing shaken the world so much. From the common man mourning the loss of a master inventor who simplified technology and made it fun and easy to use, to the rich and the powerful, all are united in their bereavement. United States President Barack Obama released a statement in which he said, “Steve was among the greatest of American innovators – brave enough to think differently, bold enough to believe he could change the world, and talented enough to do it”. Russian President Dmitri Medvedev reached out to Jobs’ family and fans in his address, “People like Steve Jobs change our world. My sincere condolences to his loved ones and to everyone who admired his intellect and talent”.

Tribute from the Biggies:

Some of the most interesting and heartfelt tributes come from men who were not only personal acquaintances and one-time friends of Steve Jobs, but also amongst his biggest rivals and competitions. Microsoft chairman Bill Gates noted Jobs’ influence even in death by saying, “The world has lost a visionary. And there may be no greater tribute to Steve’s success than the fact that much of the world learned of his passing on a device he invented”. Acknowledging his and Jobs’ longstanding rivalry and comradeship, Gates continued, “Steve and I first met nearly 30 years ago, and have been colleagues, competitors and friends over the course of more than half our lives. The world rarely sees someone who has had the profound impact Steve has had, the effects of which will be felt for many generations to come. For those of us lucky enough to get to work with him, it’s been an insanely great honour”. Facebook CEO Mark Zuckerberg, kept it short, simple and touching in his tribute, “Steve, thank you for being a mentor and a friend. Thanks for showing that what you build can change the world. I will miss you”.

As the Apple Inc., website homepage bears a beautiful black-and-white photograph of Jobs with the legend “Steve Jobs, 1955-2011”, the world is yet to fully accept that one of the greatest minds and inventor extraordinaire of the 20th and 21st centuries is among us no more. Steve Jobs may have passed on, but his influence and vision will continue to shape the world for years to come.

Jay Raol
« Apple Genius Steve Jobs Dies At 56
What kind of a leader are you? Let’s find out.. »
Leave a Comment
Close

The product lead will develop the full marketing strategy from customer experience to technical development to launching it.
15 hours ago