The Unofficial American Holiday – A big day for Advertisers

In 1984, Apple’s iconic “Macintosh” commercial rocked not only the world of advertising but also changed Super Bowl – America’s most-watched sports event of the year – into a commercial cultural phenomenon. Fast-forward three decades and we have advertisers and giant conglomerates pay a spectacular amount in millions to get a 30-second air-time which is watched by an estimated 110 million viewers. How could an Oakland, California-based start-up earn a slot with the likes of Budweiser, Jaguar, Coca Cola, Axe, Audi, Chobani and Doritos in Super Bowl XLVIII? 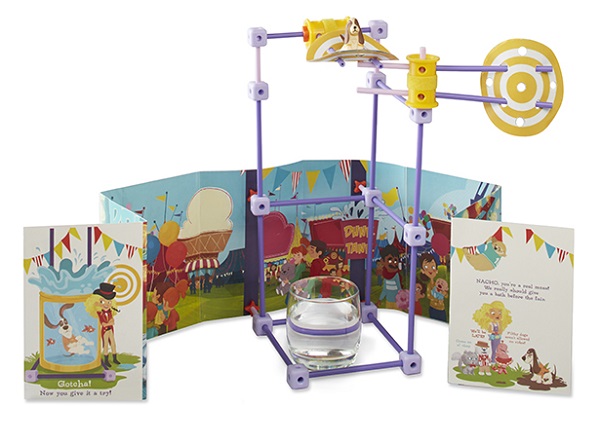 Here’s an inside look at how it all started.

The Rationale Behind GoldieBlox

In the fall of 2012, Debbie Sterling a social entrepreneur ran a successful campaign raising double the target i.e. a quarter-million crowd-funded via Kickstarter for her start-up GoldieBlox. The idea behind GoldieBlox Inc., was simple – to inspire a generation of Female Engineers. By shifting toys from the gender-biased segregation and thus, encouraging young girls to develop spatial skills that are elemental to STEM fields.

It’s quite questionable that with aisles gorged with pink and purple dolls-dollhouses, girls are naturally pushed towards the gateway of tinkering toys at a very young age.

A Stanford engineering graduate, Debbie was one of the 181 women to graduate along with 700 others. Debbie however, wants to change the statistics. She had spent her entire life savings to get the prototype and test for the initial 5000 GoldieBlox toys – a construction kit aimed for girls 5-9 years of age before Kickstarter happened.

Intuit, the company behind tax maker software – TurboTax and Chicken, promulgated a drive in early November, to back small businesses with tremendous potential. It coveted on helping them make a business breakthrough by securing an ad in the Super Bowl XLVIII and thus making it accessible to 100 million American viewers.

With more than 15,000 competing, Intuit had the public select top 20 companies and thereafter narrowing it to 4 finalists further to be voted by 8000 Intuit employees.

In November 2013, GoldieBlox attracted a million more viewers on Youtube due to the copyright infringement outrage with hip-hop group Beastie Boys for using their ‘Girls’ track in a parody version, thus making them popular and gaining a spot in the top 20 companies. With a strong and ground-breaking product mission GoldieBlox Inc., ousted 15,000 other competitors and hogged the prime ad space. An ad produced by top ad agency RPA, costs a staggering 4 million to secure a 30-second slot, in addition to the production costs that make it in double-digit millions.

Early in January 2014, the start-up started selling GoldieBlox Construction Kit – toy and a book, featuring a tool belt clad Goldie who helps solve problems by building machines available at Target stores a deal generated by the complimentary publicity that came with Intuit. Currently, the company is ramping up its production of engineering toys aimed for young girls to keep up with demands subsequent to the phenomenal Super Bowl ride.

The start-up is not only inspiring a future generation of female engineers but it is also taking a step in the direction of advocating equality and changing the predisposition of princess stereotyping toys for young girls.