The Two Faces of Graphene: Miracle Material could prove to be Toxic to Humans & Environment

In 2010, Andre Geim and Konstantin Novoselov of University of Manchester won the Nobel Prize for their breakthrough work in the field of Physics. Described as ‘super material’ or ‘miracle material’ GRAPHENE – made of pure carbon has many extraordinary features and is known for its strength, lightness and conductivity. 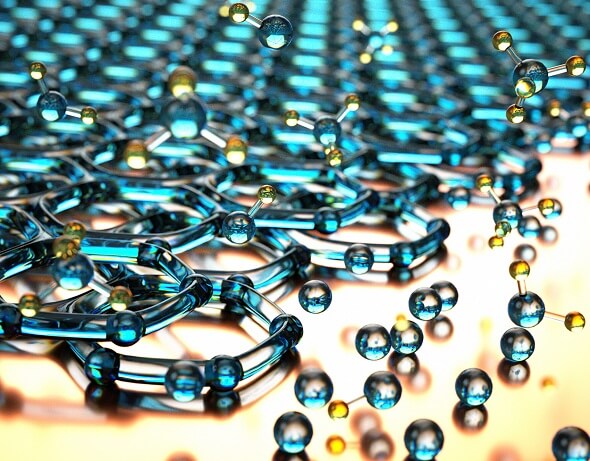 According to researchers from Brown University, the ‘miracle material’ poses threats to human and animal cells.

Further research in its development at popularizing and commercializing were pumped with investments of more than $60 million from various organizations. The miracle material has since its discovery in 2004 soaked up a lot more finance and energy in order to exploit its uses fully.

A novel substance – Graphene is composed of a thin sheet of carbon atoms which are extracted from graphite. It has various electronic, photonic and mechanical properties. The material is stronger than diamond, is more conductive than copper and more flexible than rubber. The material’s usefulness has been exploited by researchers from various fields such as electronics, solar energy, medical devices etc.

Recently in a study(to enable graphene-based biomedical technologies) published in one of the most recent issues of Proceedings of the National Academy of Sciences, Graphene’s sharp edges can easily penetrate through membranes and enter cells thereby increasing levels of toxicity. According to researchers from Brown University, the ‘miracle material’ poses threats to human and animal cells.

In the research led by Agnes Kane (Chair of the Department of Pathology and Laboratory Medicine at Brown University) showed that the material when interacts with human cells can have toxic effects.

Minute parts of Graphene when peeled or exfoliated from its sheet, adopted edgy shapes called ‘asperities’ which makes penetration through the human or animal cell membrane easier.

The findings however, haven’t been seen as something against the use of the material. In fact, it’s anticipating an opposite effect – the study will provide a strong base for future research at preventing toxicity. They are hopeful that the study will provide an opportunity for engineers and material scientist to work together in order to make out the biological impact of Graphene and work out toxicity threats. The collaboration will further lead to harmless designs of such nano-materials.

In order study by Riverside’s Bourns College of Engineering at University of California, which focused on Graphene and its various environmental effects showed that Graphene caused various negative environmental damage. Researchers who were examining Graphene’s behavior when released in water and how it could affect living things observed that in groundwater Graphene oxide nanoparticles became less stable and then settled at one place. However, in surface waters, they remained stable and travelled further. It suggests that Graphene when released in lakes or streams will turn more mobile and cause heavy environmental damage.

Up till now there have been more than 700 patents on Graphene, out of which more than 2000 have been held by China. Samsung had more than 400 Graphene patents.

Anna Domanska
Anna Domanska is an Industry Leaders Magazine author possessing wide-range of knowledge for Business News. She is an avid reader and writer of Business and CEO Magazines and a rigorous follower of Business Leaders.
« SpaceX files lawsuit against US Air Force over federal rocket contracts
Google’s Driverless Car Can Navigate Through Chaotic City Streets »
Leave a Comment
Close