The Story of Elizabeth Holmes can be intriguing for female billionaires.

At 19, Elizabeth Holmes, a Stanford dropout, floated a company in 2004 that she said would revolutionize the medical world. Almost a decade later, she was hailed as “the world’s youngest self-made female billionaire,” “next Steve Jobs.” by the world press.

Her company, Theranos, was valued at $9 billion (£6.5 billion) for changing the world of diagnosis. Her company had come up with something called the Edison test that could detect life-threatening and lifestyle diseases, such as cancer, diabetes, thyroid and other metabolic problems with a few drops of blood, without the hassle of needles. She created such a buzz around the invention that bigwigs from Henry Kissinger to Rupert Murdoch invested. She also roped in big names onto her board, including two former US Secretaries of State and George Schultz.

But the proof was in the pudding, and by 2015, evidence was gathering that the tests were far from accurate, and you could even call it all fraudulent. The technology Holmes touted didn’t work at all, and by 2018 the company she founded had collapsed. 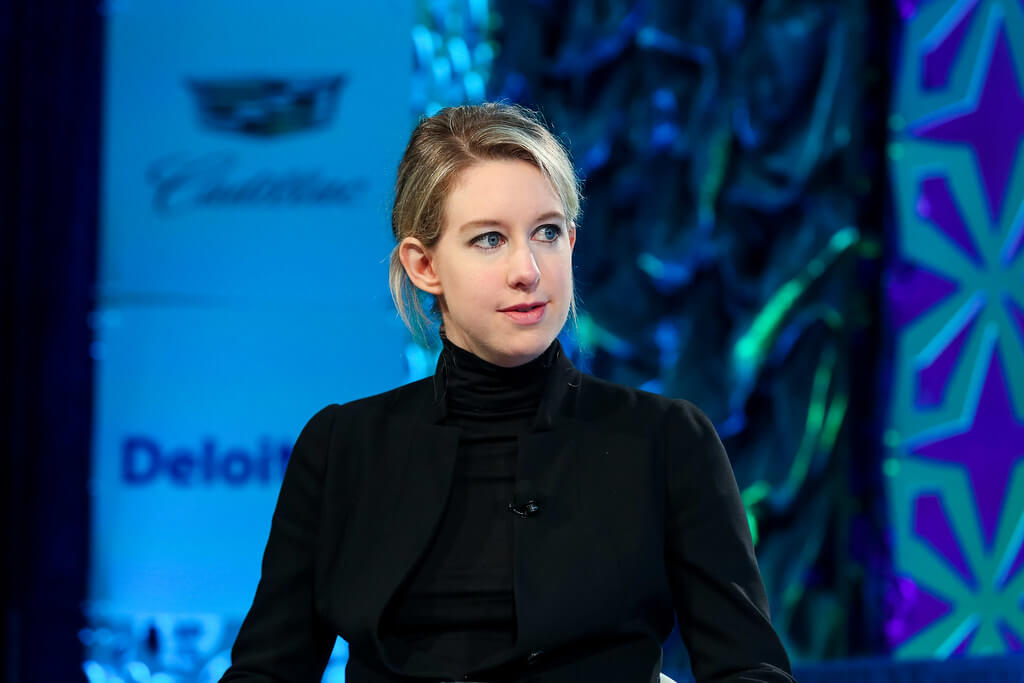 An investigation into the tall claims by the company by a Pulitzer Prize-winning journalist, John Carreyrou, brought the house of cards tumbling. The firm had been using commercially available machines made by other manufacturers for most of its testing.

After the story was published in The Wall Street Journal in 2015, the US financial regulator, the Securities and Exchange Commission, opened an investigation. Lawsuits piled up, partners cut ties and in 2016, the US regulators banned Holmes from operating a blood-testing service for two years.

In 2018 Theranos was dissolved.

Holmes now faces up to 20 years in prison if found guilty of the 12 charges of fraud against her. Her trial begins next month.

The SEC summed up what was wrong with Ms. Holmes and Theranos in a damning report: “Innovators who seek to revolutionize and disrupt an industry must tell investors the truth about what their technology can do today – not just what they hope it might do someday.”

The lady behind the blood bath

Holmes story has excited enough interest in the entertainment industry with a documentary, a book and a movie in the works. So what is it that drove Holmes to craft such a detailed fraud? One of her teachers at the University of Stanford remembers her as not being a remarkable student.

She came from a well-off background. Inventor and businessman Richard Fuisz, 81, an ex-neighbor of the family, speculates there must have been immense pressure on Holmes to succeed.

When she got to Stanford University in 2002 to study chemical engineering, she came up with an idea for a patch that could scan the wearer for infections and release antibiotics as needed.

“She just stared through me,” Dr. Gardner tells the BBC.

“And she just seemed absolutely confident of her own brilliance. She wasn’t interested in my expertise and it was upsetting.”

Nothing further was heard of the patch, but within months Theranos was launched. Homes managed to garner investments and people around her idea.

“I knew she’d had this brilliant idea and that she had managed to convince all these investors and scientists,” says Dr. Jeffrey Flier, the former dean of Harvard Medical School, who met her for lunch in 2015.

“She was self-assured, but when I asked her several questions about her technology, she didn’t look like she understood,” adds Dr. Flier, who never formally assessed her technology. “It seemed a bit odd but I didn’t come away thinking it was a fraud.”

Dr. Flier invited her to join the medical school’s Board of Fellows, which he now regrets.

In 2018, some civil charges were settled. But she was later arrested on criminal charges of wire fraud and conspiracy to commit wire fraud.

Holmes was released on bail and in 2019 got married to William “Billy” Evans, 27, an heir to the Evans Hotel Group chain of hotels. They had a son in July this year.

“I don’t think her being a new mother will influence the trial but the judge is likely to take it into account if she is found guilty,” says Emily D Baker, a former deputy district attorney for Los Angeles and legal commentator who is not connected to the case.

Homes is sticking to her story and believes she has done nothing wrong, though she might have been misled. According to court papers, Holmes’ lawyers are set to argue that “she believed any alleged misrepresentations” about Theranos were true and that it was a “legitimate business generating value for investors”.

They are set on blaming her ex-partner in business and personal life and the chief operating officer of Theranos, Sanjay Balwani, who they say abused her mentally and “erased her capacity to make decisions”, including her ability to “deceive her victims”.

Proving intent for fraud is difficult in a court. For the Holmes’ lawyers shifting the blame and hiding behind mental incapacity (however temporary) is a good defense strategy, say legal experts.