The Tastemakers: Hollywood hoping to make a splash in winemaking

Actors and musicians have found a new way, beyond fashion labels and fragrances, to push their status - wines. Surprisingly, most have done well with their labels and sell well.

Celebrity and luxury endorsements go hand in hand. A new entrant to the list of celebrity market list is liquor, and especially wines.

The art of winemaking is a new business venture that every celebrity wants to get in. Many have got on to the bandwagon. They have the money, the brand value and in today’s digital world—the fandom (followers). So the marketing end of the venture is already taken care of. 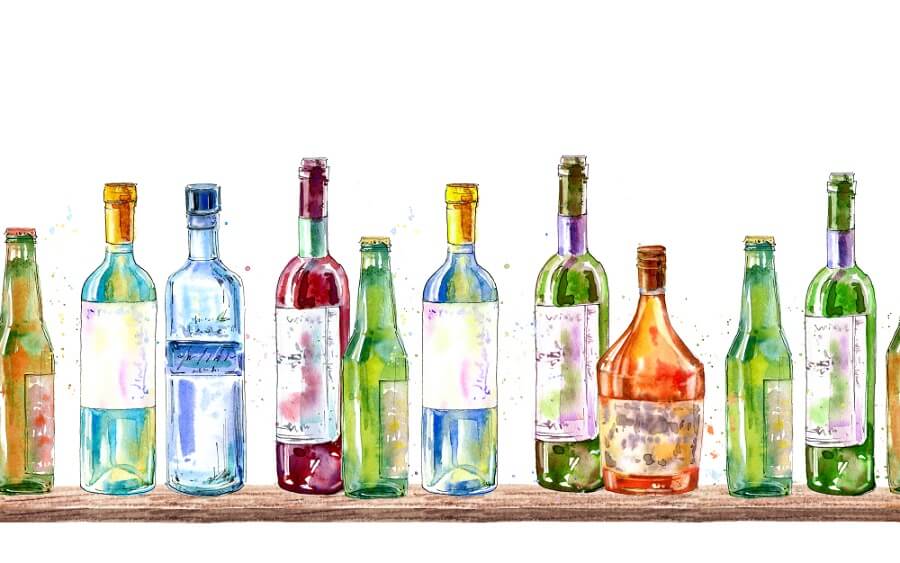 Wines acquire the taste of the land they come from, the way they are stored and in what. Do the new entrants to the game have any knowledge of viticulture and vinification methods or is it just about lifestyle, luxury and marketing?

Let us take a look.

A de B’s Blanc de Noirs, the rarest wine in the range, was declared best Blanc de Noirs in the world at a blind tasting of 250 cuvées held by FINE Champagne Magazine and tastingbook.com. The wines start at $300 and go up to over $1200 a bottle.

The duo might be divorced now but their love for wine started after they got married in France and bought themselves a vineyard as a present.

Pitt and Jolie bought the Miraval vineyard in Provence for £31 million in 2011 from Tom Bove, an American businessman. The vineyard’s success has only grown in recent years, even post-split.

The brand’s 2019 vintage stems from Provence and is an airy and balanced, fresh but complex rosé, sold in a chic bottle.

The vineyard smashed the price record for pink blush. A magnum of its Muse de Miraval fetched more than £2,300 at a charity auction.

The vineyard is managed by the Perrins, a French winemaking family who gained their expertise in Châteauneuf-du-Pape. The Perrins own 50 per cent of the Miraval Provence company, which looks after the production and marketing.

Post Malone’s Maison No. 9 rosé is a pleasant wine for its price range. It is light, crispy and everything a rose should be. “Rosé is for when you want to get a little fancy,” Post says in a press release. “It’s a nice switch up.” The release describes the wine, which hails from France’s primary rosé region, Provence, as a “light, high-quality, [and] accessible.”

It is available online for $21.99. It and comes bottled in a sleek, sexy, and compact design.

It sold out immediately on its release online.

The Villa One comes in three varieties.

The silver is best to sip or shoot and has a clean, slightly fruity taste. The reposado has notes of butterscotch, cinnamon, and oak (it’s aged in American oak barrels), while the añejo has hints of caramel, vanilla, and dark chocolate.

Nick Jonas wrote about the brand, “Tequila, in my experience, has been a lot like champagne. It seems I share it with friends when I’m celebrating and it’s always a good memory attached to it. We wanted to bring that kind of experience to Villa One as a brand and specifically as a tequila brand.”

“When Adam and I started tasting the different blends, I knew we had something special that people would love,” said Hagar. “It was only right to get the team back together and share Santo with the world.”

“With Santo you get that smooth, full agave, rich tequila flavor with a touch of smoky-sweetness that you can only find with Mezcal – perfect for sipping,” says Levine of his wine.

“It has an intricate agave flavor and herbal complexity layered with gentle smoke, slight floral fruitiness and low saltiness. It has a particular sweetness to its finish,” is how its taste description reads.

Crystal Head Vodka is made in Newfoundland, Canada, and was created by actor Dan Aykroyd and renowned artist John Alexander. This brand has two premium expressions of vodka: the original, produced from peaches and cream corn and AURORA, which is wheat-based.

The distinctive and much coveted skull-shaped bottle was designed by John Alexander, who created CHV with Kingston area resident Dan Aykroyd, and inspired by the legend of the 13 Crystal Skulls.

The vodka has won many awards for its distinct taste.

The actor has turned a vintner and launched three wine blends all under the Bear label.

The Pursued by Bear sauvignon was launched in 2005. Aromas of black cherry and dusty eucalyptus and flavors of cassis, cranberry and dark fruits have been the hallmarks of Pursued by Bear Cabernet Sauvignon. Its 2016 vintage offers similar characteristics, with subtle aromas of cigar box and a hint of mocha also present across a textured mouthfeel that gives way to a long, persuasive finish. It is a blend of Sauvignon and Merlot.

The wines are produced in the vine-bestrewn landscape of eastern Washington in Walla Walla.

George Clooney and two friends started the brand in 2013. The company, Casamigos, sold to Diageo for $1billion in 2017.

Clooney started the company with Rande Gerber and another friend over their love of tequila. The brand was named after their homes in Mexico called Casamigos. “It ended up being almost two years and 700 samples later -the perfect blend was built,” said Gerber. It was made from 100% Blue Weber Agaves and was low in calories.

They use a simple stick-on label on an unfussy bottle, with a plain cork. The brand sells Reposado, Anejo, and Blanco tequilas, which range from $20 to $120 online.

The brand was an instant pickup due to the Clooney name attached.

The tequila even won awards. It picked up golds at the Los Angeles International Spirits Competition, The New York Spirit Competition, and the Spirits of Mexico Tasting Competition.

Anna Domanska
Anna Domanska is an Industry Leaders Magazine author possessing wide-range of knowledge for Business News. She is an avid reader and writer of Business and CEO Magazines and a rigorous follower of Business Leaders.
« Economic Recovery May Be Unsteady, Say Central Bankers
Nissan considering divesting its stake in Mitsubishi Motors »
Leave a Comment
Close

The Porsche Taycan EV has outsold the Porsche 911 sports car for the first time since it was introduced in 2019 by the German automaker.
24 hours ago