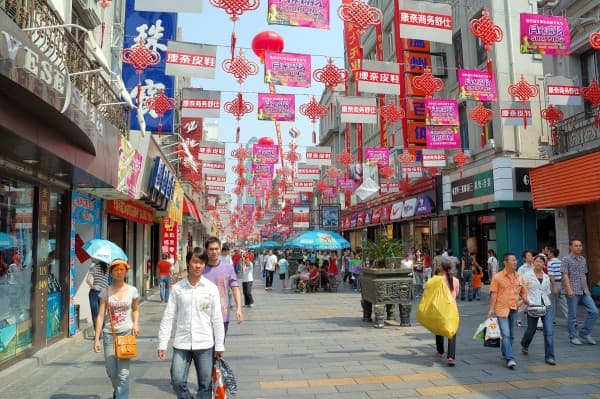 Is this what we regard as the dark sky looming over the Yuan Economy? The heavy meltdown of the Chinese economy with the stock market crashing a big time low! The entire meltdown seems to have shaken the roots of Yuan very badly; worst the chances for lower slowdown seems to fade away in a swift of fog. Few people regard it as the outcomings for being an autocratic country while the other ones believe it to be the slow part of world economy fallout beginning after the Greece crisis.

China is the world’s second largest economy following the United States. It has emerged as an economic and a modern powerhouse. The Chinese downfall economy which we are talking about today is not just some random economy, instead it is the result of emerging out with the enhanced local reforms and trends that are merely 30 years old. United States’ development in past 150 years has occurred at an incredible 5 times faster rate in China. The growth of Chinese market has been infused with a comparatively larger amount of modern technology than that of the U.S., because of its recent economic development.

The abiding and endurable rumbling of Chinese slowdown news continues, taking the equity markets of Yuan to a drastic low with each occurring headline. On the other hand, stock markets the US have been sympathetically hitting hard to the ground. Clearly the investors are now worried about the effect meltdown in China might grace on the global economy.  With this increasing uproar and agitation of the economy in China, there are strings of negative emotions firing from the leading voices of Silicon Valley regarding China.

Here is the other one from Justin Carrigan

Matthew Kroenig reasoning the fallout to be the result of china being an autocratic country.

I explain #ChinaMeltdown in @TheNatlInterest “Financial markets simply do not flourish in autocratic states.” http://t.co/Pen0sVmEzL

Clearly things don’t look like settling down in China any sooner, so we could say all is not good there, but it is very important to keep the growth of Chinese economy in perspective.  GDP in 2015 for the country is evaluated at over 11 trillion US dollars, which is over double of both Germany and Japan. It closes on in the US markets, with an annual growth of over 7%.  The world has never come across this growth rate for such a large economy.

As the news for bad Chinese meltdown economy maintains itself to hound people out of China, most eyeballs have been infatuated on the volatile inconsistency of equity markets of the nation and the potential slowdown impacts reverberating throughout Europe and the United States.

The real estate market in China works much differently than that of the United States, but it continues to remain the massive driving force behind the drastic explosion of debt that now is threatening its entire market economy.

The crashing stock market of china is the result of its slowing economy, and it will aggregate the problems of nation as their nascent classes of investors have been losing a lot of cash with each back-to-back market topple. It will be important to memorize that while market fluctuations may grab headlines, the main power player is the debt markets, which will truly estimate the fate of China’s economy.