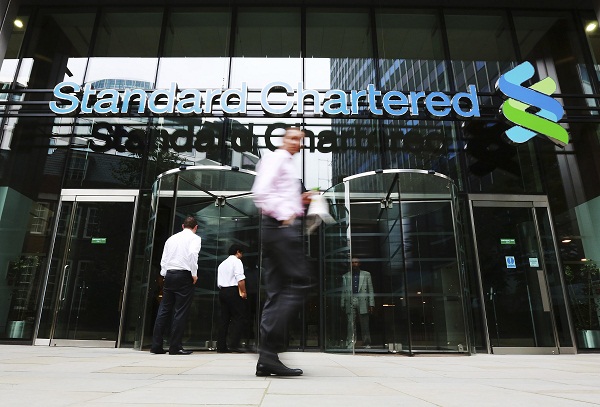 According to the New York State Department of Financial Services (DFS), Standard Chartered Plc. hid approximately 60,000 transactions and generated millions of dollars in the last seven years. Bank earned hundreds of millions of dollars in fees just for handling Iranian entities’ transactions, which are subjects to U.S. sanctions. 90 percent of Standard Chartered Plc.’s revenue comes from Asia, Africa and Middle East. In addition, bank was instructed to hire independent, on-site monitor to oversee its operation in New York State. However, not only Standard Chartered Plc.’s action violated U.S. laws, but at the same time it exposed American banking system to the terrorist, corrupt states and traffickers as well.

Standard Chartered Plc. denied all allegations saying that it strongly rejects the position or portrayal of facts as set out in the order” issued by the New York State Department of Financial Services (DFS).

As the results of those allegations bank’s shares fell 7.4 percent to HK$174.20 at the noon break in Hong Kong trading on the 7th of August. Probably a drop is heading to the biggest decline in two and half years. Standard Chartered Plc. had been the third-best performing British bank stock after Lloyds Banking Group Plc. and HSBC Holdings Plc.

Standard Chartered Plc. has to face allegations of the New York State Department of Financial Services (DFS). Probably it may lose a New York banking license. However this loss would a devastating for it, direct access to the U.S. bank market would be cut off. According to the New York Regulator, bank processes $190 billion every day for global clients.

This summer is not the luckiest period for British banks in the U.S. Standard Chartered Plc. is the third British bank to be examined by American regulators. Both, Barclays Plc. and HSBC Holding Plc., were accused of illegal practices.

And however the allegations toward Standard Chartered Plc. are unsetting, bank in a statement informed that it “does not believe the order issued by the DFS presents a full and accurate picture of the facts.”

Moreover, Standard Chartered Plc. underlined that its analysis showed that bank had complied with U.S. regulation. In addition, the sum of Iranian-tied transactions, which did not follow U.S. regulations, was valued at under $14 million. According to the bank, “The group was therefore surprised to receive the order from the DFS, given that discussions with the agencies were ongoing.” It was also added: “We intend to discuss these matters with the DFS and to contest their position.”

The U.S. law-enforcement has been fighting with illegal banks operations. These days we are seeing its results. Barclays Plc., Lloyds Banking Group, Credit Suisse Group and ING Bank NV agreed to pay fines and settlement valued at $1.8 billion. Transactions of HSBC Holdings Plc. are currently examined. Now it is a turn for Standard Chartered Plc.