Warning: preg_match(): Unknown modifier '/' in /home/customer/www/industryleadersmagazine.com/public_html/wp-includes/class-wp.php on line 233
 The Proverbial Glass Ceiling that Limits Stilettos in the Male Dominated Oil and Gas Industry 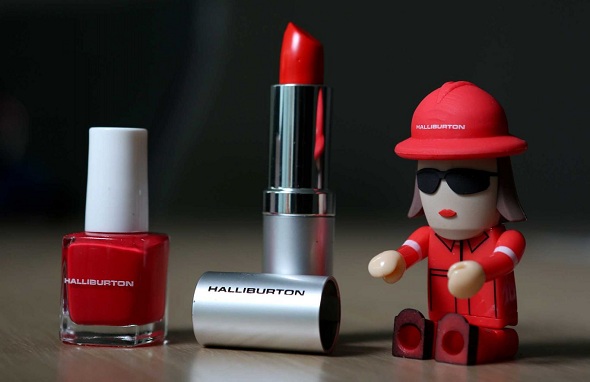 In hopes of attracting more women, one of the world’s largest oil field services company, Halliburton decided to add a feminine touch to the gift items at job fairs and energy industry conferences.

The oil and gas industry has been traditionally tinted as an exclusive “boys’ club”. Statistics show that as much as 72 percent of oil and gas professionals are males, leaving an unbridgeable gap to the existing gender imbalance that needs a rapid and pragmatic solution.

In a recent survey by BP and Rigzone, it was quite clear that the industry is pushing hard against the stereotypes to make itself more attractive to women.

“We’ll never have the best industry if we can’t attract the best talent regardless of gender,” said Paul Caplan, President of Rigzone, the online oil and gas data resource. “While barriers still exist and companies can do more to ensure fairness, an oil and gas career offers tremendous global career opportunities, complex problems to solve and above average pay—all reasons talented professionals should consider energy first.”

A healthy pool of talent is needed for any industry to innovate in a world with constantly growing energy demands. In a recent study by Gallup, it was found that gender-diverse business units have revenues 14 percent higher than those with less diverse units.

In hopes of attracting more women, one of the world’s largest oil field services company, Halliburton decided to add a feminine touch to the gift items at job fairs and energy industry conferences, in efforts to dispel the whole boys’ club image and encourage more women to join its ranks. 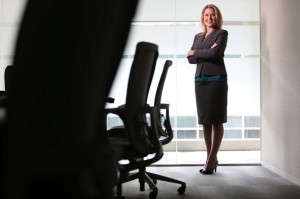 When Halliburton officials are addressing a group of young women, giveaways such as containers of nail polish and lipstick with the company’s signature “rig crew red”, with the company logo are used instead of the typical notebooks and miniature flashlights.

“You’d be surprised – they really spark that conversation,” said Lisa Finch, Halliburton’s manager for global diversity and inclusion. “We work in a predominantly male industry. We want to show there’s a softer side.”

Halliburton is amongst several other industry players who are pumping in crafty ideas to make inroads with female professionals by boosting the company’s presence at college campuses and amongst women’s professional groups in order to increase their appeal.

“We’re seeing we have a large opportunity here to maximize our workforce,” Finch said. “It’s no secret than in the past the industry overall has been predominantly male. We haven’t been leveraging the talent pool out there.”

Creating a Gender Balance in the Male Bastion Sector

Women cover about 19 percent of the oil and gas workforce, in spite of the fact that they embody more than 45 percent of U.S. employment, according to a study published earlier this year by the industry association – American Petroleum Institute. The API study estimates that with the impending retirement of workers between 2010 and 2030, an opportunity of more than 579,000 employments within the energy sector will be created.

“The demand for talent is far outstripping supply,” said Carolyn Stewart, North America regional business development manager at NES Global Talent, a staffing company with a focus on the energy sector. “The message companies are putting out is ‘we need women; we need everyone.’ “

A growing number of women recruiters are making prospective female employees more comfortable with the industry. Oil and gas companies are now sending high ranking women professionals as strong female role models to speak at job fairs, campus events to display the potential for women to advance in the energy sector.

Most companies have also set goals when it comes to hiring and providing advancement opportunities for female professionals. BP, for instance, wants women to make up to 25 percent of its group leaders by 2020, which would be up by the current 18 percent, said Linda Emery, the company’s global head of talent attraction and candidate experience. “It’s critical to us we attract the best talent we can,” Emery said. “That talent comes in male and female form.”

Competition for women professionals in engineering is far fiercer. “They are perceived to have skills which are of value to many different industries,” Emery said. “What we find is we’re competing not just with engineering firms and energy companies but also with investment banks and consumer services. It’s a very sought after group of individuals. If I had a daughter I’d be saying ‘study engineering.’ ”

Oil and gas companies are now partnering with educational bodies to encourage more young females to enter engineering and science fields by hosting workshops and competitions. We’ve introduced them to the discipline while giving them the Halliburton brand,” said Finch, the global diversity manager at Halliburton.

In order to amplify opportunities within the industry, the companies have even created employee resource groups (female networking groups within a company) which focus on career development for women.

“It helps with mentoring and sponsorship,” said Tamara Morytko, vice president of the southern geomarket at Baker Hughes, a global player in oilfield services. “It’s a selling point for any company,” Morytko added.

Strong female role models within the oil and gas industry to seek career advancement advice for young female professionals, “this presents an area of opportunity for the oil and gas industry,” the NES Global Talent said. “By highlighting mentorship schemes and showing exactly how they have helped women to progress, the sector can show it is committed to nurturing female talent in a male dominated environment.”

There are some wonderful examples of powerful women leaders in the oil and gas and petroleum sectors, such as Maria das Gracas Silva Foster, head of Brazil’s national oil company, who was recently named by Fortune magazine as the most powerful female executive in the world. Recently, Nishi Vasudeva was appointed as the first woman to lead Hindustan Petroleum, an oil company in India, where the oil and gas industry has been traditionally male bastion.

With small steps such as female networking groups, strong female role models within the oil and gas industry, feminine giveaways to make female professionals feel welcome, tables are beginning to turn. It’s a long road ahead, but the future of the industry sure enough depends on a diverse pool of talent.

Anna Domanska
Anna Domanska is an Industry Leaders Magazine author possessing wide-range of knowledge for Business News. She is an avid reader and writer of Business and CEO Magazines and a rigorous follower of Business Leaders.
« Solar Calling? London’s Iconic Red Phone Booths Go Green
Israeli Startup Equivio next in line of Microsoft’s Acquisitions for 2014 »
Leave a Comment
Close