The Politics of Debt Panel Failure: How is America reacting? 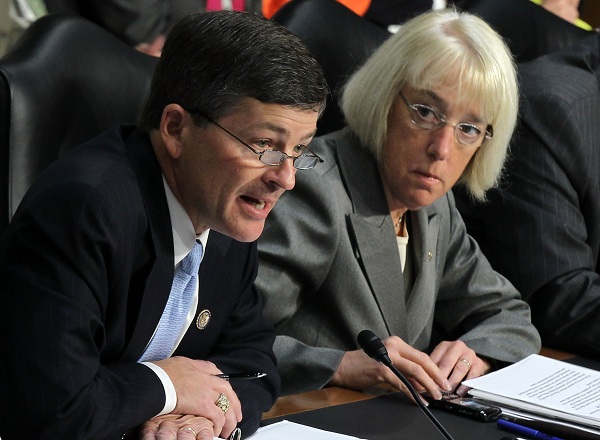 The 12-member supercommittee, as it is called, has clearly failed to end their talks as expected. While the Democrats suggested an increase in tax for the wealthy, the Republicans were apprehensive about the Medicare programs and the inherent expenditure which is on the rise year after year. It has been a disappointing climax to a series of talks that has considered every possible alternative and yet has left things to an uncertain future in terms of tax cutting and government spending.

The aim was to somehow avoid a $1.2 trillion expenditure cuts in the coming year of 2013, but the lack of diplomacy and tactile decision making has led the Congress and the Republicans rigidly standing on two sides of the line.

With the November 2012 elections coming up, it seems like the fiscal crisis will have a huge role to play. The crisis has left every political mouth muttering about its disappointment and outsiders like Newt Gingrich trying to make use of this failure as a chance to lure a few more votes towards their impractical promises.

After two months of looking at every possible opportunity and obstacle to avoid the automatic spending cuts, the divide seems to be larger than expected. Newspapers and channels across the country are flooding with concerns over what’s coming.

While desperately trying to soothe the ripples that have already been sent towards the coasts of the financial world, President Obama spoke to the media openly blaming the Republicans for their inability to strike a deal. It was clear that he was voicing a balancing act when he said that there was one more year to wait for before a sound solution emerged out of these tumultuous depths.

Both the parties have declined to reach a conclusion before the end of the committee’s deadline while Senator Patty Murray, a Democrat, still has a strong promise to make. She claims that she is working towards reaching a fair deal and won’t stop till a solution is reached to forestall the automatic cuts in the coming year.

Ripples on the Stocks

It seems like the markets have not taken the news very well, though the committee waited for the markets to close for the day before the official news was released. In spite of that, all shares dived to an all-month low and there was an approximate 2.5 percent fall on the stock market indices.

The future of the debt panel failure appears quite grim; however, the coming election seems to hold an answer. The winning party will decide on what road to choose, whether to impose higher taxes on the rich Americans, to cut medical expenses for the ageing population, or something else that promises to be a better solution.

What’s clear in this whole issue is that at the moment every finger is pointing in a different direction, every politician is carrying his/her own agenda and a fair solution will depend on a few of them making some well-meant compromises.

Anna Domanska
Anna Domanska is an Industry Leaders Magazine author possessing wide-range of knowledge for Business News. She is an avid reader and writer of Business and CEO Magazines and a rigorous follower of Business Leaders.
« Dubai Getting Bigger and Better in Aviation and Logistics
Gold shines amidst a volatile Bullion market. »
Leave a Comment
Close