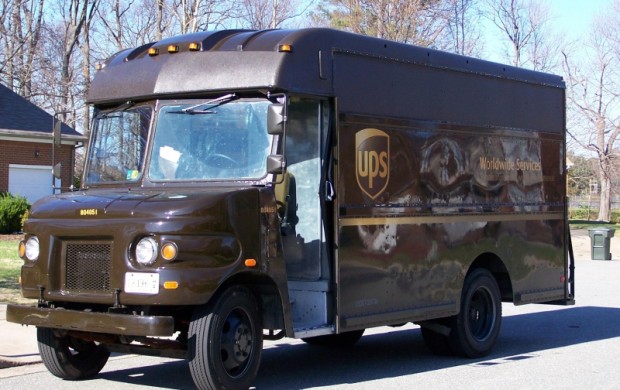 With fuel prices shooting through the roof, there’s been increasing interest expressed by global logistics leaders in developing technology that is likely to help cut costs as well as decrease impact on the environment.

The telematics technology, which uses advanced algorithms and proprietary firmware to analyze data captured by sensors installed in the UPS trucks, helps make smarter choices regarding maintenance and running of the company’s trucks and hence cut down on costs.

Having more than 100,000 of its delivery vehicles on the road worldwide, saving even a few minutes of time and a few dollars worth of fuel each day, a logistics leader like UPS stands to make massive savings.

And that’s exactly what UPS is aiming for by implementing the telematics technology, which constructs a detailed picture of the journey undertaken by a particular driver and vehicle fitted with these sensors. According to the official press release by UPS about this technology, the report so built by the sensors draws on more than 200 vehicle-related elements from speed, RPMs, and oil pressure to seatbelt use, the number of times the truck is placed in reverse, and the amount of time spent idling.

This data is then uploaded by the use of a 900 MHz radio when a driver returns to his or her center at the end of the day, then sent to UPS’s massive data center in Mahwah, N.J.

By providing in-depth insight into a vehicle’s performance and condition, this telematics technology being used by UPS,  determines more accurately the right time to bring trucks into the shop for repair and maintenance, or when to place a truck that is beginning to perform less efficiently on a shorter route.

Having successfully tested this technology on 334 delivery trucks in Roswell and Athens, Ga last year, UPS is now expanding this testing in further sites in the U.S and Canada.

According to data released by UPS regarding the performance of this technology, and how this has benefitted the company, through its implementation at the two Georgia test sites, the initiative reportedly helped slash the amount of time trucks idled by 24 minutes per driver per day – a fuel savings of $188 per driver per year.

And given that the company employs more than 90,000 U.S. package drivers, the resulting annual savings would figure somewhere around $16,920,000.

In terms of helping UPS reduce its energy consumption and environmental impact, the use of telematics is optimizing dispatch planning and driver routine to reduce overall driver miles, maximizing vehicle performance and fuel economy and improving maintenance.

Typically referring to the integrated use of telecommunications and informatics, also known as ICT (Information and Communications Technology), the technological application of telematics involves  sending, receiving and storing information via telecommunication devices in conjunction with effecting control on remote objects.