The Out-Smarted Market of Connecting People: Nokia teams up with Microsoft 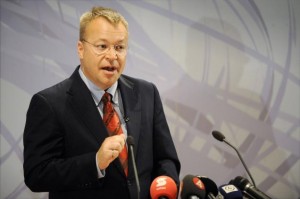 Nokia’s been a buzzing hive over the last week after the internal memo issued by new CEO Stephen Elop in which he candidly likened Nokia to a man standing on a burning oil platform, saying the company “poured gasoline” on its “own burning platform.”.

The latest reports that are pouring in state that Nokia is in serious talks with Microsoft Corp. about using Microsoft’s operating system on mobile phones.

This move by Elop is in response to the hard times that Nokia has been witnessing recently; a kick-start effort to revive and reinforce Nokia’s brand dominance that has been lost to Apple’s iPhones and smartphones that run on Google’s Android system.

While Nokia is in talks with Microsoft about using the U.S. software giant’s operating system on mobile phones, it could alternatively also reach a deal to use Google Inc.’s popular Android operating system, according to sources.

The Finnish company, scrambling to revise its handset strategy and reverse deep declines in its core business, could choose to strike a deal with one of the U.S. companies or both.

If an agreement can be reached in time, new Nokia CEO Stephen Elop will probably announce the deal on Friday, when he is expected to present his strategy to investors in London.

Nokia also offers its own Symbian software platform. However, Nokia’s Symbian is a nonstarter in the U.S. Software developers and mobile carriers are less interested in the platform because of its lack of visibility in the market, which has hindered Nokia’s own software efforts, including its Ovi Store, which competes with Apple’s App Store. Nokia recently canceled the U.S. launch of its X7 smartphone, which runs Symbian.

Mr. Elop, in his memo, said Symbian is difficult to develop, causing delays, and “has proven to be noncompetitive in leading markets like North America.”

Nokia’s options are limited as it seeks to create a smartphone that can compete with Apple or Google. The company can stay on its current path of relying on Symbian, and continue developing its new operating system with Intel Corp., dubbed MeeGo. But staying the course with MeeGo, which has no track record, is risky, analysts said, especially in the U.S., where operating systems from Apple, Google and Research In Motion Ltd. already are entrenched.

Nokia’s other option is to take on an operating system from Google or Microsoft, something the company resisted before Mr. Elop’s arrival. Elop has run down this previous stand, saying that adopting another operating system is definitely an option since the smartphone game is largely dictated by the software and services that come with it.

“We must build, catalyze or join a competitive ecosystem,” Mr. Elop said in the company’s fourth-quarter earnings call last month. 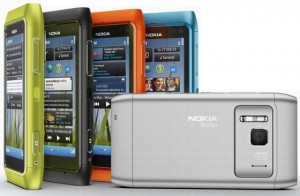 The primary reason for Nokia having to witness a sharp reversal of fortunes as outlined by Elop in his memo, is the shift in the market dominance the company has built over the past 20 years, as Apple Inc.’s iPhone and smartphones that run on Google’s Android platform continue to devouringly capture the high-end and mid-range smartphone markets. This is especially true in North America, a critical battlefield where Nokia is all but absent.

The result : a 16% drop to the company’s fourth-quarter profit.

In a bid to stem these losses suffered by Nokia as the company rapidly lost share in the higher-margin smartphone market to Apple and Google, Nokia Chairman Jorma Ollila brought in Elop from Microsoft last September, the first non-Finn to head the company.

Unfortunately, Nokia’s position has only worsened since Mr. Elop joined as CEO in September. The company delayed the introduction of some phones. Adding fuel to fire, Nokia’s flagship high-end N8 smartphone, which started shipping last year, has been plagued with power problems. And the company discontinued its free music-download service, intended as a competitor to Apple’s iTunes, in several markets.

“The first iPhone shipped in 2007, and we still don’t have a product that is close to their experience. Android came on the scene just over two years ago, and this week they took our leadership position in smartphone volumes. Unbelievable,” Mr. Elop wrote in his memo that was leaked to the Wall Street Journal.

Mr. Elop’s plans to shake up Nokia’s management are all but certain to also upend its corporate culture, which insiders say still remains very Finnish. Today, six of the company’s 10 top executives are Finnish, something Mr. Elop is likely to change.

A high-level management shake-up is likely to be part of Mr. Elop’s strategy, with several senior members of the executive board expected to leave, the person close to Nokia said. Mr. Elop’s plans were so secretive that even the executives weren’t expected to know their fate until they are briefed Thursday, a day before the London meeting, the person said.

To truly revive Nokia’s market clout, Mr. Elop should hire smart, creative executives “who understand what it means to disrupt” the norm, said a telecom recruiter not involved with Nokia. “He needs new blood.”